OP/ED: 2016 Election Is Still Worth Voting In 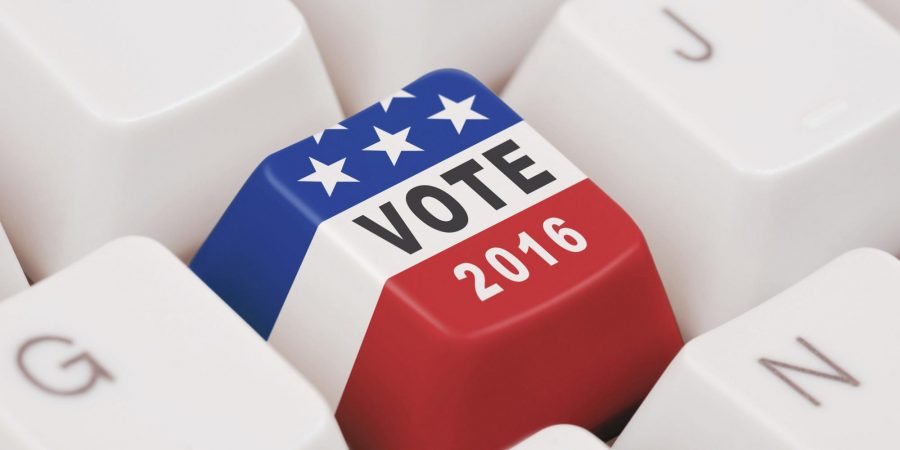 Votes. College students. These three words go together like you wouldn’t believe, especially this year.

The 2016 Presidential election is coming up, and it’s going to be one hell of a time. Voting in general is important but this year it’s extremely important. Every vote counts.

Let’s meet the two nominees that want to run this country, shall we. Mr. Donald Trump and Senator Hillary Clinton. Trump is more or less known for his reality shows like Celebrity Apprentice, as well as owning casinos in Atlantic City and most of downtown Manhattan, with all those gold towers. Clinton is known for being First Lady from 1993 to 2001, as well as being the junior United States Senator representing New York from 2001 to 2009, and the 67th United States Secretary of State from 2009 to 2013.

After knowing that information, who seems more qualified? Clinton of course, but that’s because she has political experience. There’s a catch though. She is of course, a liar.

How am I supposed to choose between a reality television star and a liar?

No politician will ever be completely honest with you, but with that being said, whom am I voting for? The answer is simple, I don’t know. After that first debate, which took place on Sept. 26, neither candidate is looking good at the moment. Yes, both are liars and cheaters, but one of them has to be better than the other, right?

When I see Trump or Clinton on my television screen, I won’t lie to you, I roll my eyes and want to change the channel. What they are doing is what politicians do. Sabotaging each others campaign, but it seems as if it is becoming too much.

It’s getting to the point when anyone asks me what I think of this years election, I just take a deep breath in and shake my head in disappointment.

During the first debate, all I saw was Trump making a bigger fool of himself than he already does. It just went to show that he needs people to write his answers for him. All he did was blabber the same words over and over again just in different forms. Clinton on the other hand, remained somewhat composed and had decent, yet rehearsed answers in my eyes.

I mean lets be honest, do I want a President that can’t even form his own sentences? I think not.

I, as a millennial, am considered lazy. I apparently don’t care about anything, the old guard says, and I’m supposed to be a go with the flow type of person. So, that means I am put under more pressure this year to vote. After all, it is my future on the line. If I don’t go out and vote, I am basically giving a vote to Trump, they say. Is that the person I really want running our country? He does have two more debates to not make a fool of himself, but let’s be honest what are the odds of him being on his best behavior, and actually make sense?

I personally feel he just loves the attention and just wants the spotlight to be on him at all times. Unless it’s about his tax returns, then it’s all about Clinton. Is the spotlight the real reason he is running for President? Or does he really want to “make America great again?”

If his ideas are what is going to “make America great again” then I’m moving to Canada. People seem less crazy over there. I personally think that he just wants the attention and instill his own rules, but who knows I might be wrong. Not likely though.

This election will be the turning point in my life. It honestly will be one for the history books, that’s for sure. A man who speaks way too much with his hands and a woman who deleted 33,000 emails and refuses to show the people what she is hiding?  Great choices America. Really great.

Clinton, a seemingly better candidate only based on the way she behaves publicly, at times may turn out to be the better candidate, but does that mean I would give my vote to her?

No, I wouldn’t. At the moment, I’m pretty sure Kanye West would make a better president. Yes, the rapper. He is a pretty insane man but honestly anything is better than Trump and Clinton. Earlier this year when West said he was going to run for President in 2020, I laughed but honestly it doesn’t sound like a bad idea at the moment.

It is crucial to go out and actually vote, whether it is for Trump or Clinton. Most of the people I know, don’t like Trump or Clinton, which I completely understand, but that doesn’t mean you shouldn’t go out and vote. So we are left between the proverbial rock and hard place.

There are two more nominees that I didn’t really know about. I used to think that if I don’t fancy the two main candidates, there is no point in going to vote, but that’s not true. Just because the two main nominees are complete wackadoos doesn’t mean there are other nominees that I can’t vote for.

I originally wasn’t going to go vote, but after watching the first debate, I came to the realization that if I don’t, that is just one more vote for Trump. Or Clinton.

I need to get out there and vote. I need to choose who I want to run the country.

Anytime I ask someone, “Who are you voting for,” they shrug their shoulders and say, “Eh, I’m not voting, Trump is going to win anyway.”

That’s only if you let him win. Take a few minutes out of your day on Nov. 8, and go vote. Your choice does matter, even if you think it doesn’t.

Some consider an independent vote a waste. But to me, it is more of a statement that I do not accept the top two candidates.

Voting is a privilege we get when we turn 18. We should not take advantage of that. We should use it to our advantage. If America can trust me to make a decision like this at the age of 18, I should prove that I care, and want the best for my country.

Even if I’m not voting for Trump or Clinton, I will “make America great again” by exercising my right to vote.