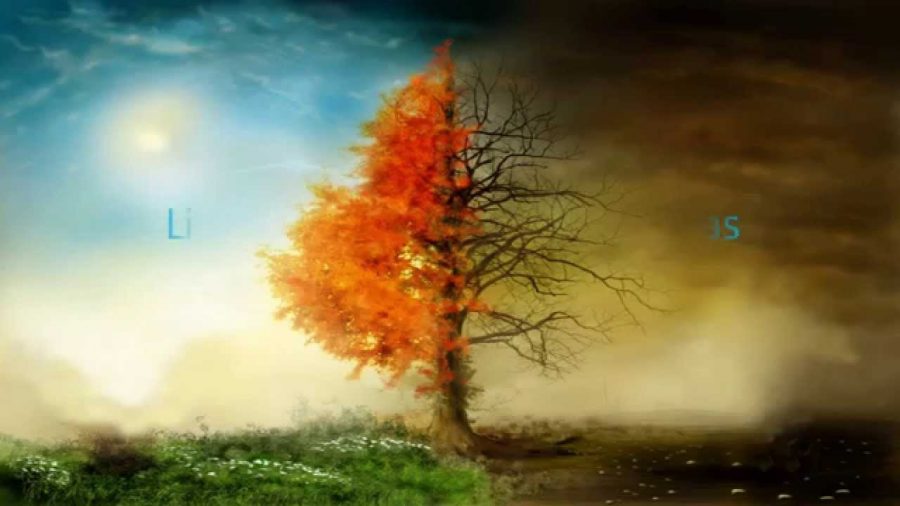 “I looked into the kid’s eyes as he pointed the gun to my dad’s head.”

She pauses, taking in a deep breath and releasing a poignant sigh before continuing.

“I could see the fear in his eyes.”

After saying that to me, nothing but complete silence filled what once used to be the voice waves traveling through the phone. I didn’t know what to say. Neither did she. But unlike her, I also didn’t know how to feel.

In our 22 years of friendship, and with hundreds of miles in-between us, we had never had this still silence through the phone. There was always something to be said, until now.

I held my iPhone up to my ear. My palms were sweating, causing my phone to slip through my hand, slowly gravitating towards the ground. Even if she had said something, I wouldn’t have heard it because my mind was now consumed into another realm.

I get a phone call from my dad telling me that the worst had happened: my best friend and her dad, Dave, had been shot dead right outside of her apartment in Baltimore. Suddenly, my imagination fast-forwards to the last day I’d ever see her face again. In the bathroom of the church, I stare down at my wrinkled black dress, and then look up into the mirror.

“Keep it together. ‘Together’…”

My mind travels to the last time we were together.

Mascara begins to stream down my face, causing my tears to transform into a dusky black pigment. I pull my phone out of my dress pocket, hold it up to my ear, and listen to the last voicemail she left me – the last time I heard her speak.

I pictured her smile and it almost radiated a small grin across my swollen-tear driven face, until I realized it wasn’t her voice anymore. She no longer had a voice.

In the next room over, her wooden coffin lie’s next to her father’s. I walk up to it, hovering over her, hoping God was too.

She looked so peaceful; angelic-like. But they hadn’t died that way.

I touched Kelcie’s hand. It was cold, appearing artificial. Her face looked as beautiful as it always had though, and her long brunette hair gracefully rested over both shoulders. Her brown eyes weren’t visible, making me yearn to see them just one more time.

Then I heard her voice and my imagination quickly snapped back into reality.

I paused for a moment or two, then muttered back.

Kelcie wasn’t sure if the male figure, which looked to be either a sixteen or seventeen year old, would shoot. But she didn’t want to risk it. There were about five of them surrounding her and Dave, like sharks closing in on their prey. There was no telling what they would do next.

There is strength in numbers, and in guns.

He kept pointing the gun to Dave’s skull, asking, or more so telling him, of the things he wanted: his wallet, phone, and the keys to his silver Volkswagen.

Instead of giving a response, he hastily grabbed the boy’s hand that was tightly grasping the trigger. Trying to take the gun from him, he wanted to show him how it felt to be vulnerable.

“What the (expletive) are you doing!” Kelcie yelled at the six boys as she ran towards them, with determination in her eyes.

Should Kelcie have darted towards a man with a death sentence resting in-between his hand? Probably not, but what else could she do? Playing Russian Roulette with him seemed like a better option than standing there, frozen in her tracks.

If there was one thing she knew, it was that “If he got ahold of the gun, he would’ve shot him. No doubt,” referring to her dad.

When Dave was finally able to muscle the gun away from his face and towards the sky, another guy pulled a knife and put it to his stomach.

Dave was defenseless. There was nothing he could do but hand over his belongings and hope it was enough to make them leave.

After tossing his keys over, along with his phone, only a split second passed before the boys had gotten into his Volkswagen and driven off.

But that single moment seemed longer than it realistically was.

“I called 911 hysterically crying,” Kelcie says, her voice shaking as she began to break down at the thought of that day. “I’m just so thankful they didn’t shoot my dad.”

Every time she looked at me, she stopped crying.

I was the baby whisperer.

“Here, take her!” My friend, Chloe, frantically tells me.

She shoves Ava in front of me, so I grabbed the four month-old and held her in my arms as if she were my own. I felt so out of place, but to her, I was all she desired.

Her tiny fingers clenched mine as her big brown eyes continued to gaze at me. I stared back into hers, afraid that if I looked away, she would begin crying again.

I cradled her in my arms for a few minutes with no trouble, but as she began to squirm, a gentle caress up and down her stomach was all it took to soothe her right back down.

But while doing so, I felt what appeared to be a scar running up and down her abdomen.

“What is this scar from?” I curiously asked Chloe.

Ava was born prematurely, causing her heart to not be entirely developed. Because of that, she required surgery to repair the holes in her heart.

‘The Holes In Her Heart’

When a baby is born, they are known to be nothing short of perfection. Resembling purity and innocence, they haven’t yet experienced any good or evil in this world.

Though Ava had a major surgery, she will never have any recollection of the life-threatening severity of the procedure. There will forever be nothing but the everlasting scar to prove its existence.

But as she grows older, she will begin to experience the negative occurrences in life: pain, fear, and vulnerability.

Life or death, that’s what it all comes down to, right?