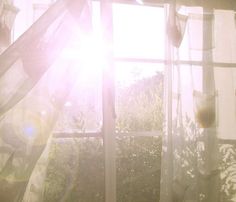 A white room full of everything and anything you can possibly imagine. Everything you own and more. Yet there is an empty liquor bottle on its side, and pills are spilled out on the table. A man sits on the couch in disbelief.

“I gave her everything. We have everything. Why would she want to leave our children? Thank God I found her in time.”

As a man who has not cried since his father’s passing, he hangs his head in his hands and starts to cry.

Just because a person has everything they wish, doesn’t mean they are ultimately happy. I know from experience that I don’t need a whole lot to be happy or satisfied in life. Others may not think so. People have always told me that if you make enough money you can be happy. But, I’ve also heard the opposite. Money doesn’t buy you happiness.

I tend to live by the second one. I don’t come from a family that has a lot of money, so I know that whatever my family buys me or decides to give me, is simply because they think I deserve it.

I don’t just say I want this and get it. That’s not how life is supposed to work. You work for what you want, and the end result should make you satisfied.

But there are people who swear by the fact that money buys everything, and everything you buy makes a person happy. I know a woman who has everything they could possibly want in the world. Her husband built their new home from scratch, built her very own cosmetic studio where she can have clients so she doesn’t have to go far for work, but that was still not enough. She kept asking him. Nagging him.

He would just brush those phrases off, and go sit on the couch with a beer in hand.

That bottle of wine and pills kept looking better and better to her. But to him, it was just another problem on his mind of what he was doing wrong.

What is happiness exactly? The dictionary definition of happiness is,

“Happiness is a state of well-being characterized by emotions ranging from contentment to intense joy.”

This all depends on the person and where they are in their life. If a person has been stuck in the same position for a few years, they might say to themselves, that they aren’t very satisfied with what they have accomplished. But, that doesn’t mean the person who got the huge promotion is happy or satisfied either. That person can say they got promoted, but want to do something else with their life. No one ever really knows. Except that person.

Personally, I’ll be okay if I don’t have a husband, children, and a white picket fence. I have come to the realization that I don’t need that to be happy. As long as I have people that I care about in my life, I’m good. Others may disagree.

He picks up the picture and kneels on the floor. He stares and the once happy couple, and just sits on the floor in anger. Tears fill his eyes.

To those who say they are happy just to get people off their back and out of their business, it’s understandable, but completely unhealthy. I at one point used to do that when I was younger. Everyone would just constantly ask me how I was, or if I’m happy with how my life is going.

I was fifteen. How happy could I possibly have been at fifteen, I was a teenager. I was in the middle of my high school years. I had no idea what I was doing with my life. I was filled with nothing but angst and drama.

I know that I never knew how to react to situations like that. It isn’t easy. At one moment you can be happy and everything is all sunshine and rainbows, and the next moment, life comes crashing down with a single sentence.

Life is funny like that. It’s kind of like; the world is just testing everyone with few moments at a time. It’s like it wants to see how strong we actually are. It’s almost as if it wants to show us that we are stronger than we actually think we are.

The man starts picking up the small pieces of glass that have been shattered all over the floor. He scratches his hand on a small piece, but doesn’t flinch at all. He throws the shards of glass away, and goes back to sitting on the couch.

With the picture in hand, he sits back on the couch and just stares into the depth of the picture, as if something was there that wasn’t before. He flips the picture over and sees something written on the back.

“I loved you. I love you. I will always love you.”

At the end of the day, we have to live life to the fullest and make our own happiness. We are the makers of our own destiny. We also have to not judge a book by its cover. I mean just because people have the different Maseratis and the Ferraris doesn’t mean they are happy in life. They could be going through something and just buying more things to hide the pain.

We never know who is truly happy in life, or unhappy. We all have to take life day by day and just hope we make it to the next one.

The man stares at the words he had written on the back of their wedding photo. The words he would always tell her when they first got married. His phone ringing constantly, text message after text message asking if his wife was all right. But not a single text asking how he was doing.

The man pictured above, found his wife after she attempted to commit suicide. He drove her to the hospital and was told to leave after the doctors stabilized her. He never realized how much his words had an effect on her. He never realized that him just pushing her begging off to the side would drive her to do something as intense as this.

When they were younger, they were the most in love couple anyone has ever seen. On the outside they were the perfect couple, everyone wanted to be as in love as they were. But on the inside they had their problems just like any other average couple would.

Fights would escalate into screaming matches; one drink would turn into the whole bottle being gone. They seemed happy on the outside, but on the inside both of them were dying. Dying to just leave. Just leave and not look back. They stayed for the children, but in the end, she wanted to do more than just leave. She thought of no one but herself in that moment.

Everyone asking of how the wife is. Is she stable? Is she going to make it? But no one asks about him. No one asks how he feels. All anyone is doing is blaming him. Blaming him for driving her to this point. He never wanted this to happen, it just did.

He walks up towards the door, grabbing his jacket, takes one look back at the room full of everything, and hangs his head.

He walks up to her bedside, and holds her hand. Tears streaming down his face. He whispers,

He hangs his head, still holding her hand. He feels a grip on his hand. His wife’s hand gripped his as the sun started to rise, as she opened her eyes.

The lesson to be learned? Don’t let someone get in the way of your own happiness. Make your own and life will go on.