OP/ED: What Will it Take To Wake Up About Gun Control? 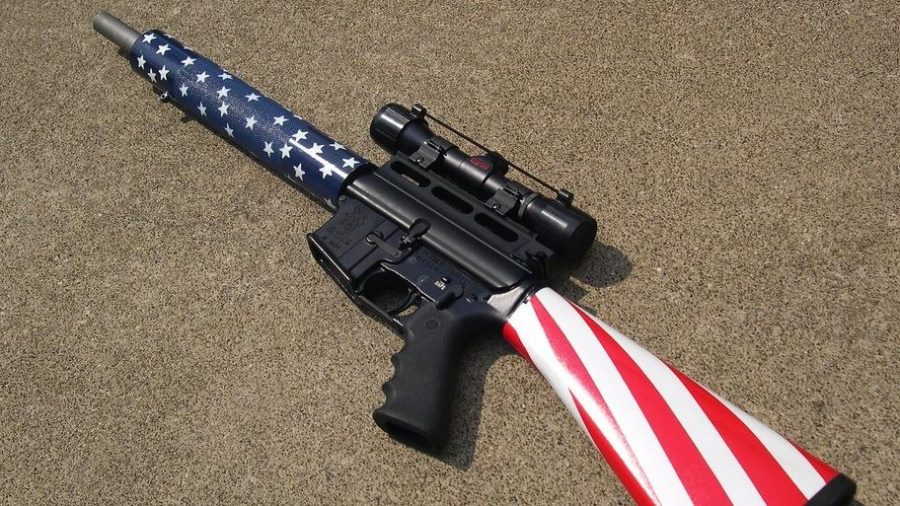 On No 6. 2017, Devin Kelley walked into First Baptist Church in Sutherland Springs, Texas with his legally obtained rifle and opened fire on a crowd of parishioners. Kelley killed 26 people, with ages of the victims ranging from 17 months to 77 years old.

On Oct. 1, 2017, Stephen Paddock aimed his legally obtained rifle out the window of his hotel room and opened fire into the crowd of concert-goers at the Route 91 Harvest music festival in Las Vegas, Nevada. Paddock killed 58 people and left 546 injured.

On June 17, 2015, Dylan Roof used a .45 caliber handgun to killed 9 people at a church in Charlestown, South Carolina.

On July 20, 2012, James Holmes entered a movie theater in Aurora, Colorado and killed 12 people with multiple weapons, including a semiautomatic rifle.

On Dec. 14, 2012, gained entry into Sandy Hook Elementary School in Newtown, Connecticut, where he shot and killed 20 children between the ages of 6 and 7, as well as 6 adult staff members and his mother. He used an AR-15 semiautomatic rifle and two handguns.

According to CNN, “Of the 30 deadliest shootings in the US dating back to 1949, 18 have occurred in the last 10 years. Two of the five deadliest took place in just the last 35 days.” The deadliest mass killing in U.S. history occurred just this past October in Las Vegas. These incidents are becoming more frequent and more deadly with each passing year.

It is pure, recorded fact that these massacres all have one common denominator: guns. Semiautomatic handguns are the most prevalent types of weapons used in mass shootings. Rifles, shotguns, and revolvers follow as most commonly used weapons.

What many Americans are left wondering in the wake of such devastating and seemingly unending tragedy is just what will it take for Congress to reform our country’s policies on gun control. If American lawmakers did not view the massacre of 20 children in an elementary school as enough of an impetus to reform gun laws, what will it take? Many citizens have little hope that the U.S. will ever see gun reform at this point. Celebrities and civilians alike voiced their disappointment on Twitter, following the events of Nov. 6 in Texas. 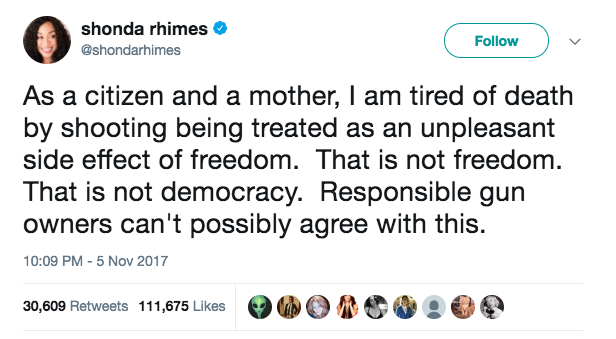 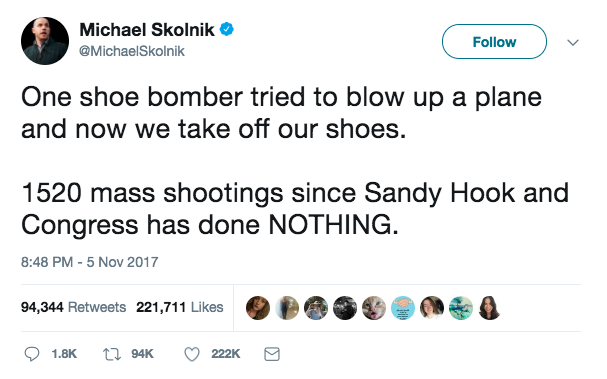 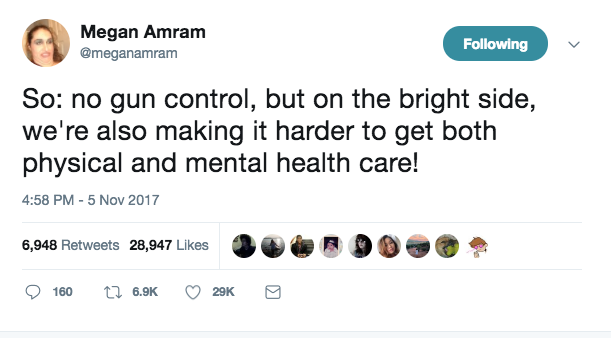 It is truly baffling that there have been 307 mass shootings in the U.S. in 2017 alone. That is an astonishing number for one single year. It’s unfathomable that these incidents keep occurring and nothing is being done to prevent these weapons from falling into the wrong hands. The gun debate is often portrayed as this complex, dynamic issue between Second Amendment defenders and pro-gun reform supporters. In truth, the issue shouldn’t be that deep.

Semiautomatic assault weapons should not be available to average civilians. There is no justifiable reason that civilians should be allowed to own these weapons, whether they stay locked in their homes or not. The excuse of owning a gun “for protection” just doesn’t hold up when talking about semiautomatic assault rifles that are used by military personnel to inflict maximum fatalities on the battlefield. Is the typical American under siege from hordes of soldiers or gang members that they need to be constantly armed with assault weapons? What type of enemy are you expecting to face that this type of gun is necessary to own?

It is beyond my comprehension that Americans find it necessary to own such dangerous weapons. These same weapons are the guns of choice in incidents of mass killings that are occurring at an alarmingly increasing frequency.

EverytownResearch.org, an online gun safety support fund that seeks to inform, understand, and reduce gun violence and its causes, has an entire website dedicated to examples of their original findings regarding gun violence in the U.S. One of their most eye-opening statistics is the finding that shows that America’s gun homicide rate is more than 25 times the average of other developed countries.

This fact alone should be a red flag for American citizens and lawmakers. Pro-Second Amendment individuals are quick to tout the argument that enforcing stricter gun laws or banning assault weapons will not have an impact on gun violence and mass shootings. One needs only to look at Australia. The country’s 1996 gun reform laws resulted in nearly a decade of completely free of fatal mass shootings. The law also resulted in heightened decline in firearm deaths including suicide.

This isn’t an issue of “The Left” wanting to suppress Americans constitutional freedoms. It is an issue of national public safety. No one is suggesting a mass repeal of the Second Amendment and an abolishment of citizens’ right to own firearms altogether. What is being proposed is simply a reform to prevent average citizens from owning unnecessary semiautomatic weapons that are intended to cause mass casualties as quickly as possible.

Unfortunately, it seems as though the NRA is so deeply rooted within the pockets of our politicians that it feels unlikely that any number of future gruesome acts of violence will do much in inciting a change of heart. However, just as it is the privilege of living in a free society where citizens are awarded the right to own guns, we also receive the privilege of living in a free, democratic society where citizens can band together in the hope of change.

It is up to the people of America to make our voices heard loud and clear. We must unite our efforts to prove to our government that our freedom to bare arms should not jeopardize our freedom to simply live without fear of being killed in a mass shooting. It is up to us now.