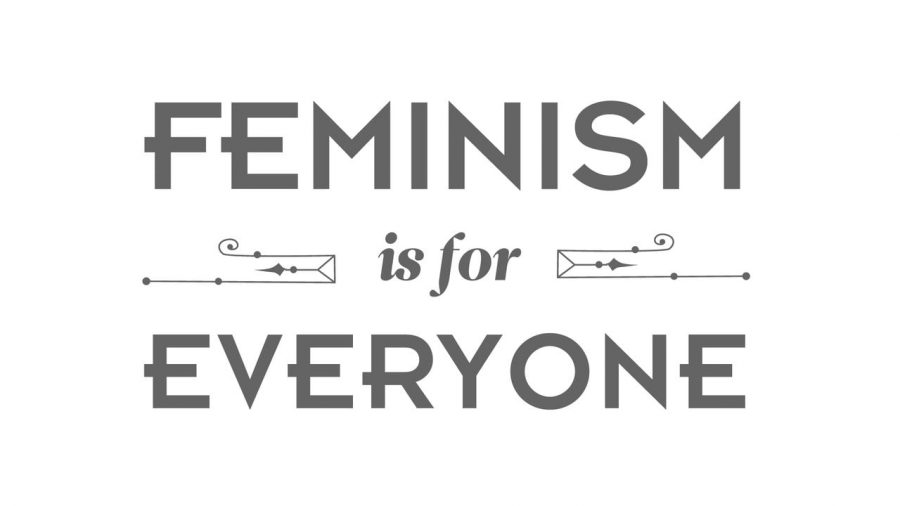 As I was waiting on a checkout line at my local grocery store, a young girl–about six or seven–turned to me and asked if I was a feminist. I replied that of course I am, and explained to her that it’s important for everyone to support equal rights for women. She then turned to an older gentleman who was standing behind me and asked if he was also a feminist.

The young girl was immediately discouraged by his response and stood quietly next to her mother until they were done at the checkout. The once-lively and curious girl became uneasy within seconds. It was as if the man’s words sucked the spirit right out of her, and in that moment, it was almost sucked out of me too. As I drove home I couldn’t get his response out of my head.

That’s only for girls.

It kept spinning in my mind and I couldn’t fathom why this man was convinced that feminism was only for women. I kept thinking of that little girl and how, at such a young age, she was already facing discouragement about her gender. Feminism is for everyone, and quite frankly, everyone needs to recognize it.

There are about 160 million women in the United States alone, which is about 5,000 more compared to the men in the country, according to data from the United Nations. So chances are that you run into a woman everyday – whether it be at the store or on the bus for your daily commute – and she deserves equal rights, don’t you think?

For some reason, the term feminist has become so taboo over the past few years and what people need to realize is that it’s not a women’s rights issues, it’s a human rights issue. This notion that you must be anti-man to be pro-woman is absurd. We’re all humans and we need to start acting like it.

It’s 2018 and it amazes me that this is still a topic of conversation, but with the war on women still going strong thanks to President Trump and his administration, the time to have the conversation is now.

Six out of 10 women and one-third of men in the United States identify themselves as feminists, according to a poll conducted by The Washington Post. And those numbers just don’t add up.

First of all, that statistic for women should say 10 out of 10, but that’s an entire different argument. The one-third of men should be 100 percent (well, maybe 99 percent to be more realistic).

Now, if you’re a man reading this,  you’re probably thinking by now – what can I possibly do to help?

One aspect that really hinders the progression of the feminist movement is the simple fact that men so easily dismiss a woman’s feelings by categorizing her as being “crazy” or “overly-emotional.”

No, I’m not bringing up the fact that women still make less than men because it’s “that time of the month.” And I haven’t ranted about how Trump is trying to take away my rights for the past half hour because “I get upset about everything.” These are real issues, that affect the daily lives of women (whether some want to admit it or not), and what we need you to do is speak up. We know that it’s difficult to stand up to feminist-bashers, I personally do it every day, but it needs to be done.

Another useful way to support women is by voting. And I know, you’re going to say that you always vote but we need you to vote for the right people. Vote for the candidates who support ending violence against women and that are advocates for equal pay, not the ones who are demeaning towards women. Support Planned Parenthood and recognize all that it does for women across the country.

A main part of feminism is simply supporting women with all the unpleasantries that come with living in this sexist world. So listen, be respectful, and be an advocate. The world would be nothing without women, and they deserve your support through and through.

It’s not just a girl thing – it’s an everyone thing.