Before our very eyes, a community is dying, and it's about time we acknowledge and fix it. 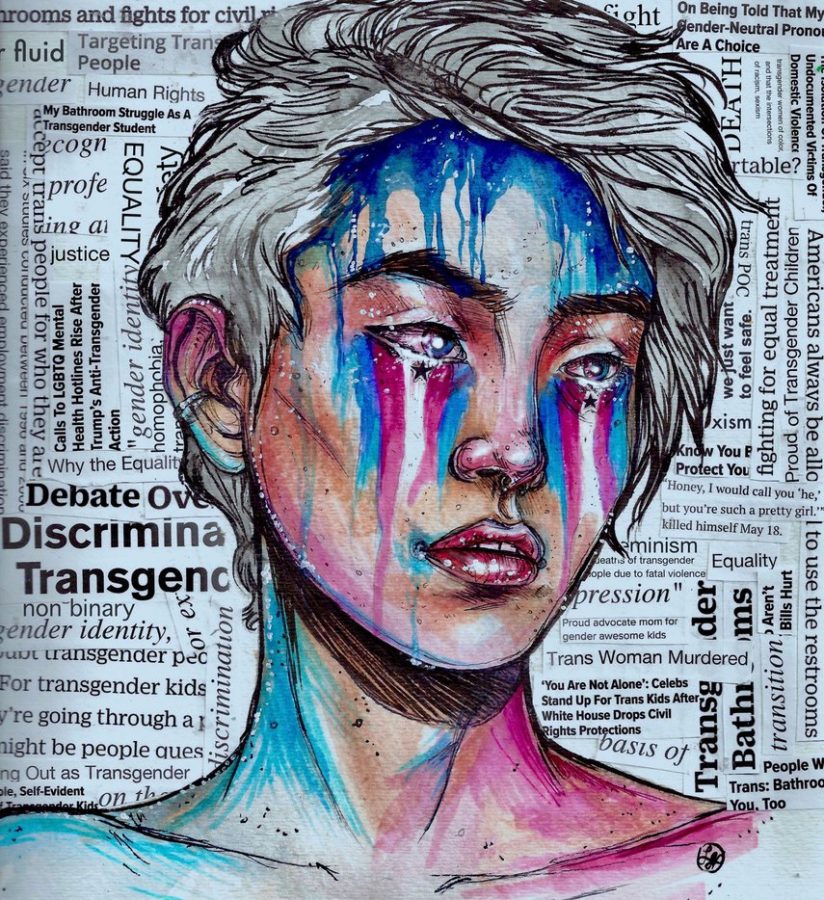 It doesn’t take a genius to understand that we’re going through a great change. If you agree with said change isn’t my question, but whether it’s #MeToo or Black Lives Matter, many people want change (deservedly so) and it’s impacting us greatly.

But despite the representation of cisgender women (a woman who identifies by their birth sex) or people of color, I find it unbelievable that the Transgender community is still lacking in not only representation but in the respect and platform they receive.

Between the lack of information that’s easily accessible to anyone combined with the unwilling desire to learn or understand problems that are honestly confusing to learn, this has put an oppressed community in a space where they are struggling to advance forward.

In fact, the Transgender community isn’t in danger of falling backward in society, they already are. President Donald Trump, for example, is spearheading an effort to not only delegitimize any of the millions of people who identify outside the gender they were born into, but to humiliate and prove a point that changes and benefits nobody except those who are already in a safe position.

But yes, let’s put all of our attention toward getting angry at The Simpsons for getting rid of Apu.

The lack of outrage toward this is genuinely mind-boggling; with the Human Rights Campaign reporting 22 murders toward anyone identifies as Trans in the United States this year alone, we’re heading toward another record-setting year of Transgender violence that is not only being ignored but disregarded entirely.

The conditions for this violence lay within our societal roots: housing, employment, sexism, homophobia, racism have all become the building blocks for the transphobia that is slowly killing a relevant community that deserves to be valued just as much as any other.

So it comes down to this: what can you do?

The answer is simpler than you may think:

Listen, ask questions, educate yourself, and speak up.

Just like any conversation, the ball doesn’t get rolling until someone speaks. But if everyone is trying to speak over the person trying to make a point, then no one ever really gets heard and in this case, where literal lives are on the line, it causes extensive damage.

I’m not suggesting that you should only listen, because words only mean so much without context to give them substance; this is where the second part comes in: ask questions.

I’d be lying if I said I know everything, it’s not possible. As a white man who was born as a man, I can only do so much to understand how a transgender black woman lives her life day-to-day, but this doesn’t mean that I’m not allowed to ask and learn more.

Much like a good teacher in school, if one isn’t able to ask questions about the material being taught to oneself, how can anyone learn? Believe it or not, the same rule applies to life. I slip up and make mistakes, it’s easy to make a mistake by either saying an offensive term you may not have known was offensive, and that’s okay, assuming you’re willing to understand why they made a mistake (and apologize.)

The resources don’t exist so easily in our lives to where it’s easy for anyone to learn right away and truthfully, the concept for many people is still raw: it can be a culture shock for some to think that you can choose to just identify differently, I’d argue it’s the most complicatedly simple topic ever; complicated in the sense that there’s a lot to study, but simply because it is just that, simple.

The next step: education. Even though I’ve already mentioned that it’s difficult to find resources initially, if you take two minutes to go on Google or YouTube, you can find a variety of people who are sharing and educating about these exact topics; it’s an in-depth field that requires a lot of empathy and understanding to truly get, but it’s one that needs more attention now than ever before. Whether you “agree” with it, it’s happening, and one opinion will change nothing.

There are brilliant minds that are fighting for not just a cause, but for their livelihood, and some of them are honestly superb at doing so, like Natalie Wynn, or as she’s better known on YouTube, Contrapoints.

These topics are only as intimidating as you want to make them. If people feel happier and more comfortable, then we should always be in favor of that (assuming it doesn’t involve harming others in the process!) There are real humans behind these words, who have real feelings, thoughts, and emotions, that are not only worthy of listening to, but of acceptance.

Finally, speak up. If you hear someone making an ignorant, or more likely, a misinformed comment about the Transgender community, try to say something.

Again, I will not pretend like this is easy, people can be confusing and intimidating, but even if it’s a parent, family member, or friend, you can always say something. Sometimes people just need eye openers on these things; if you told me two years ago that I’d end up writing on OP/ED on Transphobia, I’d think you were insane. Not because I hated Transgender people, but it never served as a topic of intense severity, but people change and I learned more, and perhaps that’s what I’m hoping to give to whoever reads this: an eye-opener.

Your world will never change unless you make it change.

So let’s group together, not as young or old, white or black, boys or girls, but just as humans, because that’s what we ultimately are, a group of people stuck on a rock floating in the middle of space trying to figure where the hell to go next. So if one identifies as a woman, we as a society should have the audacity to respect her.

People are more than their genders, so let’s help to protect a community that desperately needs a hand. If not, let’s look at the damage it can cause:

Their names matter. They matter. Ignoring is not acting.