OP/ED: What Will It Take? Coming to a Consensus on Climate Change 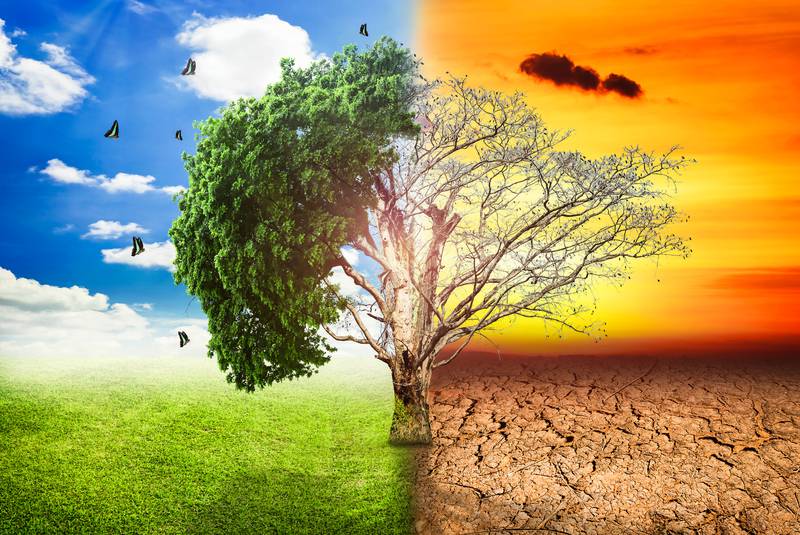 What will it take?

The definition of insanity is repeating the same process over and over and expecting a different result. In that case, maybe I am. Maybe I have lost my faculties if I continue to allow myself to believe that individuals of our nation across the political spectrum will come together for at least one issue, saving the only planet we have to call home.

Now, if we were a space faring people with plenty of options to pack up and move to, I could understand, to a degree, why it might be so difficult to get a cooperative effort in place to save one planet when we have other options. That doesn’t mean that it is right. I believe every effort should be taken to preserve a safe living environment even if we have a myriad of other options.

But the fact is we don’t. For the foreseeable, we are stuck on the one planet we have inhabited since our ocean dwelling ancestors crawled out of the ocean millions of years ago.

So why is it so difficult? Why can’t we come to a consensus?

All I can offer is my opinion. Not “this is how it is and this is who is wrong.” That is part of the reason we have arrived on this doorstep. I cannot offer any more of a definitive or valid reasoning that anyone else can, merely the sum conclusion of what I have witnessed and found in my own experiences.

Obviously, and it should come as a surprise to nobody, politics plays a strong role in our current predicament. And this isn’t going to be one of those “politics is the bane of our existence” pieces, because I enjoy following and keeping aware of how the world functions in government. There will always be the metaphorical “butting of heads” like two rams locked in combat during debates between two ideological opposing sides on what is best for our society. But it was always understood that everyone just wanted the best for our society and we just differed on the right path.

Somewhere along the line it began to change. Somewhere it became “you vs. me.” We became rooted, entrenched, in an environment of tribalism in our politics that has led us to this point, disregarding reality for the sake of staying true to our politics.

It is not out of  a lack of intelligence that causes us to deny or reject anything that seems so plausible, it is simply the same phenomenon that made townsfolk declare women as “witches” in  16th century Salem, or citizens turn in their Jewish neighbors to the Nazis throughout the 1930s and 1940s. At the root of our existence, we are still animals, still susceptible to the same instincts of survival as our primate relatives. This is what I believe is the root of this issue. We have simply allowed ourselves to become so ingrained in our respective political philosophies that we have betrayed the better judgment our brains have bestowed upon us and have gotten stuck in a belief that our political success is essentially survival.

We here it all the time, in any political debate, on any social media platform, on any heated political debate between correspondents on the news, both sides wager the future of our nation on their ideologies leading the way.

Ironically, in our political self righteous fervor. In our attempts to make sure that we “survive” because we follow conservative or liberal policies, we have allowed ourselves to become more vulnerable, more susceptible to catastrophe than ever before.

It isn’t hard to see.

Right now as I type this, California is being catastrophically charred by wildfires, and we are in the midst of another horrific hurricane season. The 2018 Hurricane Season has been the most active on record. To determine how active a season is, an index called the Accumulated Cyclone Energy (ACE) is used to measure the length and size of tropical storms and hurricanes. The previous record was 295 in 1992, this year alone, and with the season still ongoing, the index recorded 311.

In the Atlantic, Hurricane Florence, a category 4 hurricane, devastated the Cape Verde and Bermuda Islands, then the Carolina’s on the eastern coast. A total of 55 people were killed in five U.S. states through direct and indirect reasons to the storm. Hurricane Michael, also a category 4 hurricane, would devastate Central America, Cuba, and the southeast United States, causing 60 fatalities.

Reoccurring high intensity storms are not uncommon anymore, at one point this year, as much as four massive storms where either forming or growing within the Atlantic simultaneously. It seems every hurricane season now has either one or several powerful storms.

2017 had Irma, Harvey, Jose, and Maria. 2016 had Matthew, 2015 had Joaquin. There was “Superstorm” Sandy in 2012, and one of the worst natural disasters in U.S. history, Katrina, in 2005. The correlation between rising temperatures and increased intensity in hurricanes is disputed, as there are several factors and variables that could play into a weak or strong hurricane season. However, one particular area in which climate change is theorized as being a major contributor that is gaining support is the amount of rainfall that falls with the storms. A report in the scientific journal, Nature, suggests that rising temperatures have given way to more intense levels of rainfall. Tropical storms gain there strength through warmth throughout the higher levels of the oceans. Moisture within that atmospheres is what contributes to rainfall, with increased temperatures, more moisture means significant more rainfall.

But hurricanes are not the full extent of mother natures fury that can force itself upon us. As we can see, California is in the midst of intense wildfires that have displaced thousands, killed 66, and have left over 600 people missing. The correlation between rising temperatures and the California wildfires is less obscure then making that same connection between hurricanes and temperatures. A report by Yale Climate Connections detailed several conditions that rising temperatures lend to create more substantial wildfires. Their report stated that the 10 most destructive wildfires in California history have occurred within the last three years. The report also states that of the many factors, higher temperatures are drying out soil and vegetation, creating more fuel, shifting the Santa Anna winds that fan dangerous wildfires into Southern California, and a slowing of the jet stream that leads to more heat waves and high pressure ridges that deflect storms that would bring more moisture into California.

The science is obviously plenty, despite this, politics keeps those from embracing it. The reality is that there will always be people who peddle the idea that the research, studies, and papers are wrong. The unfortunate reality that science faces everyday is that convincing those who have decided to ignore what stares them in the face of the alternative is an impossible road to travel. The nature of science is that while even though we can perceive things a virtual certainties or facts, to say that something is concretely a fact and can ever change betrays the scientific method. Science is about keeping an open mind about everything, even details we perceive as fact now could change later. Those who convince themselves against the science don’t follow those ideals.

But there are countless people who just need to realize that they do not have to cling to their political ideology as if their very species survival needed it, and by doing so, their minds will become more receptive of ideas that they hadn’t been before.

Coming to a consensus on climate change is simply unclenching our thought process whenever the left or the right comes within arguing distance of each other. It may sound like a fairytale, or a long shot, but the current climate we live in now will eventually boil over into every facet of our lives, and the environment will only be one of hundreds of issues we can’t solve, even though we have to.