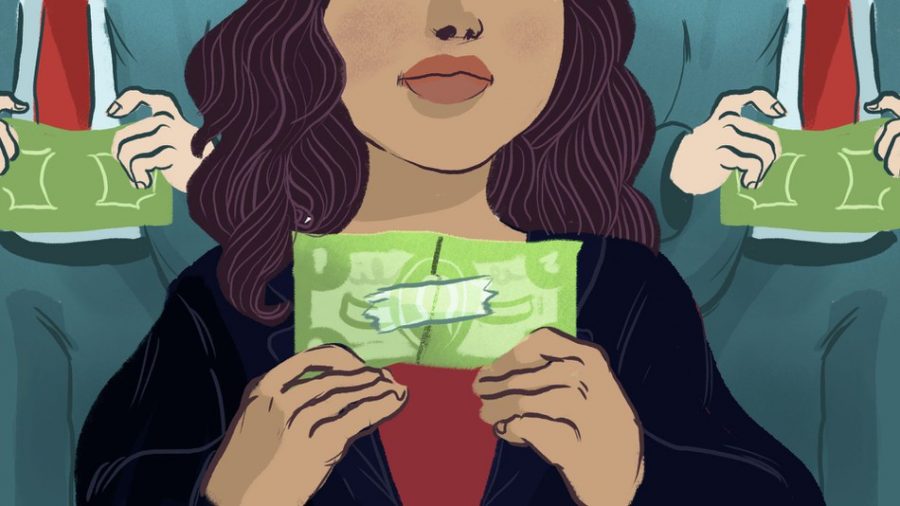 Latina. One of the common words I use to describe my entire being. But, it also isn’t just a word. It’s a sense of recognition for my culture, and how I present myself as a woman in society.

That word shouldn’t be a way to define how valid we are as people, much less how much we get paid in the workplace.

On Nov. 1, Latina Equal Pay Day was observed. Latinas typically earn only 53 cents for every dollar earned by white, non-Hispanic men and must work nearly 23 months to earn what white men earn in 12 months, according to the Equal Pay Today organization.

Latinas are among the most unfavorably affected by the gender wage gap as Native women earn approximately 57 cents on the dollar of white, Non-Hispanic men.

Along with Nov. 1 being the day of acknowledgment for Latina Equal Pay, August 7 is the day of observance for black women, and Sept. 27 is for native women this year.

According to the National Partnership Organization, more than half of Latina mothers are key breadwinners for their families, which means their households rely heavily on their wages to make ends meet and get ahead. Nearly three million family households in the United States are headed by Latinas and nearly 36 percent of these households live below the poverty level.  This means that nearly 1.1 million Latina-headed family households live in poverty, demonstrating the imperative to eliminate the wage gap.

This loss in wages means they will undeniably have less money to support themselves and their families, save and invest for the future, and spend on goods and services. Families, businesses and the economy suffer as a result, according to the National Partnership Organization.

For example, if the wage gap were eliminated, on average, a Latina working full-time, year-round
would have enough money for:

Why is it that our government is not greatly investigating the gender wage gap that is supposedly “solved,” and refuses to recognize that the issue is between more than just women and men? It’s about the refusal to accept the different races and ethnicities that have emulated into what America should be known for today. The existence of our potent melting pot.

The Hispanic/Latino population in the U.S is at a low 18.1 percent, compared to the whopping 76.6 percent of white only Americans, according to the U.S Census Bureau.

Why is our fate at the hand of people who don’t understand our struggles? Why does the color of one’s skin, or cultural background, have to affect if they are allowed a steady income?

I wasn’t highly aware what Latina or Hispanic meant when I was younger. I just knew I was Puerto Rican because both of my parents were.

Although both words are used interchangeably, they have two different definitions.

“Hispanic” often refers to Spanish-speaking countries of origin. This includes Spain but excludes Brazil, meaning that Spaniards are often considered Hispanic but Brazilians are not.

“Latino” refers more to Latin America’s geographic location. In this case, Brazilians are often considered Latinos, but Spaniards are not.

The differences in definition here are clear, but the discrimination is still on similar levels. Latino and Hispanic people are a family. A family that should be recognized as worthy as any other citizen.

This is a topic that is held near and dear to my heart as I can’t imagine what my life would be like if my mother was affected by this injustice. As a mother of three daughters, who knows if she could have supported all of us? Who knows if we would even have a roof over our heads?

Although I have never been personally affected by this, I know many other women do. That is why this past election day, I voted for representatives who will fight for a solution. Just because it isn’t personally affecting you, doesn’t mean you shouldn’t care.