OP/ED: The Concealed Fear of Riding in Cabs as a Woman 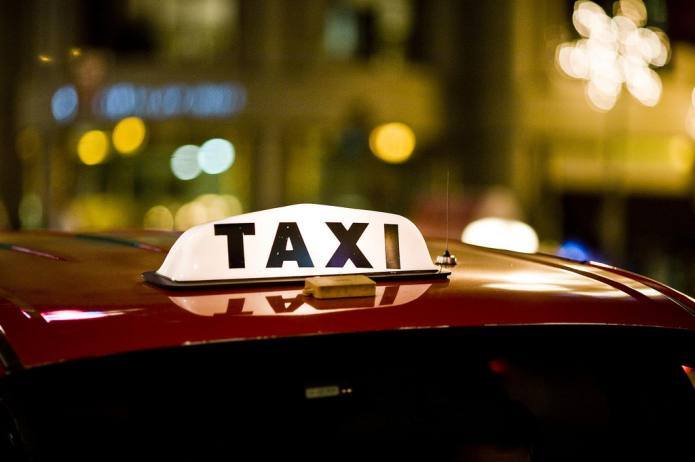 New York, the city that should also be known as the one with unreliable public transportation. This leads me, and many other city-goers without a driver’s license, to spend mass amounts of money on cabs to get to our destinations safely and on time.

Digital ride-sharing corporations like Uber and Lyft have been at the forefront of this movement for almost 10 years. As these companies become more prominent due to the evolution of smartphone technology, it will provide bounteous jobs and customers. With more cars on the road, reaching to meet rider demand, it also comes with more complaints and low-star ratings than ever before.

Practically 98 percent of people I know that have ever used Uber or Lyft have experienced some form of bad customer service, and that includes sexual harassment. Whether the gesture is staring, asking multiple personal questions, or asking about one’s appearance, it truly is unwanted and commonly overlooked by corporation professionals.

Sometimes, identifying an inappropriate experience may not even be known at the moment of occurrence. Victims may be in shock and have realizations shortly, or after a long period of time. Due to this impact, victims’ experiences can easily be omitted and identified by Human Resource professionals as false incidents. 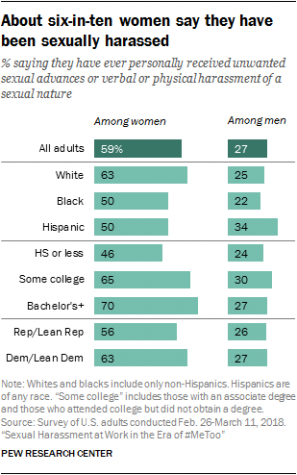 Just because an experience is reported later than what a company representative deems appropriate, doesn’t mean it never happened.

You have to remember that when experiencing these atrocities, there is hardly an easy way out. Victims are dealing with strangers, primarily stronger men, and they’re concerned with the doors they can’t unlock on their own in moving vehicles. One’s life can even be at risk if they have the courage to “defend themselves.” It’s not a walk in the park to fight back to the person who literally has your life in their hands at that steering wheel.

In general occurrences, about 60 percent of women say they have been sexually harassed, according to Pew Research. That’s an extensive amount if you ask me. Well, you aren’t asking me, but I’m telling you anyway.

Recently, one woman’s experience dispersed throughout social media, specifically, Twitter. Anna Gilchrist, an actor, and writer from Los Angeles called out Lyft, saying they didn’t respond up to par to her complaint about a driver who harassed her, according to InsideEdition.com.

She revealed that while sitting in the passenger seat of the car, the driver, who already dropped off the other women, “repeatedly asked inappropriate questions about whether she had a boyfriend. And no, before any jerk mentions it, she wasn’t “asking for it” by sitting in the passenger seat. Men need to learn how to control themselves and not believe that every single interaction between the opposite sex is for their “pleasure.”

She said she tried to ignore the questions, but her driver insisted. She said that she then “answered in the affirmative.” She recalled as she neared her apartment, the driver “leaned towards her and asked ‘is your boyfriend home’?”

She noticed that the doors were still locked and stated that the driver didn’t respond when she asked him to unlock the doors. She voiced that she “popped the lock, and jumped out.”

As InsideEdition.com communicated, Gilchrist reported the driver to Lyft and “spoke to a man who promised her the driver would be “reprimanded” and never paired with her again.” She was offered a $5 credit.

She reiterated that after talking to multiple representatives, she was never given a straight answer. As InsideEdition.com reports, a male friend told her, he complained that a Lyft driver didn’t pick him up at the right location, she said.

Lyft then communicated with her and said that her driver had been fired and the fare had been refunded, as InsideEdition.com disclosed.

Not only does Gilchrist’s experience proves that there is company-wide discrimination between women’s’ and men’s experiences, but that this isn’t a simple occurrence that can be brushed away with a simple release of employment and forced refund.

This man should have had an in-depth background check. If he was a first time offender, he should have had his license revoked, as being fired by Lyft, only means he can still have the opportunity to do this to someone else on Uber, Juno or other cab companies. In more severe cases, legal court action should be provided. When it comes to the safety of an individual, dealing with the situation through only corporate terms is felonious.

They should create an emergency “button” of some kind that is mandatorily placed in every driver’s car and is screwed on in a way that cannot be removed by the driver. Emergency services contact should be within inches of every passenger’s location in the vehicle. Although some can use their phone, there are women that may have no battery, misplaced it, or don’t even own phones at all. This way, victims won’t have to fear to be discreet as possible if they were using a phone.

HIRE MORE WOMEN DRIVERS. Even create sole women driver cab companies. I can’t even count the number of times I breathe freely when I see I have a woman as my driver for a trip. Over the estimated five years I have been using ride-sharing apps, I have gotten a woman driver only about four times. Again, I use cab services fairly often, about two to three times a week.

Although I haven’t been in more life-threatening situations, many women have, and it shouldn’t be neglected. I fear that every time I open the door of a cab that it’ll be my last living moment.

I triple check the license plate to make sure it matches the one displayed on the app.

I frantically text my best friend, parent or significant other to let them know I’m alive, and if something happens to me, they’ll be the first to know and take action.