OP/ED: Why Are We Still Buying Sports Video Games? 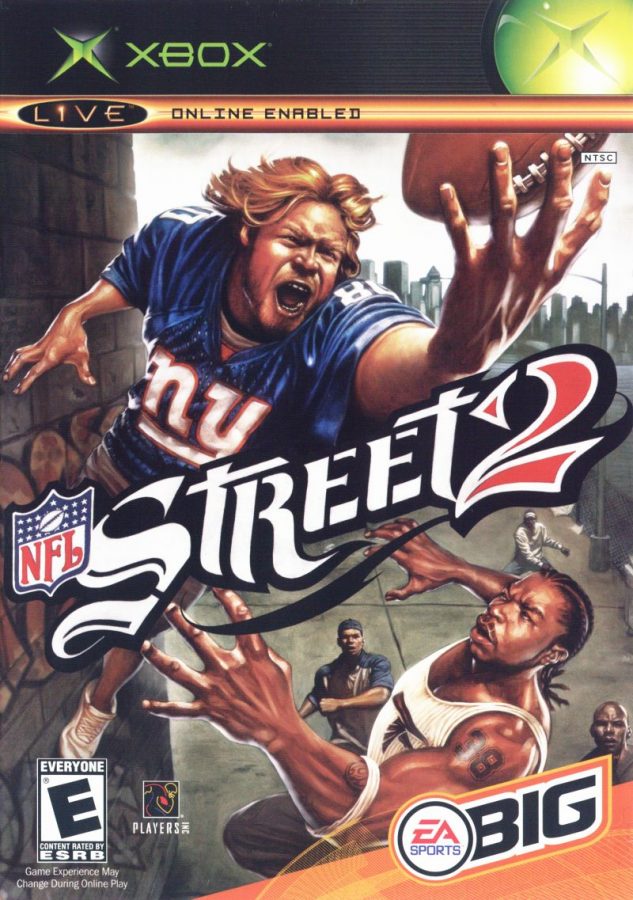 Sports video games were a vital part of my childhood. Emulating my personal heroes, such as Donovan McNabb, Amar’e Stoudemire, or Mariano Rivera, was just as important to my ongoing love of sports to this day.

For those who continue to play, it can’t be argued that the quality of these games has declined. Believe it or not, there was a time that I would look forward to getting the new edition of Madden NFL or NBA 2K, but it feels like I’m paying for a $60 roster update nowadays, compared to the feeling of getting a whole, quality product.

This isn’t even including the barrage of microtransactions, which turns a $60 investment into a $100+ one in order to have a fun experience with many of these games.

Perhaps I could attribute these to getting older and losing interest in video games. With less free time and more work than ever, what I do with that limited amount of time becomes more and more important. Should I want to spend five hours playing video games or should I go to the gym?

At least, I believed this until I came home for winter break. After getting my hands on a copy of EA Sports’ NFL Street 1 and 2, which both came out in 2004, I quickly realized that the problem wasn’t me.

To save this from becoming an NFL Street review post, I’ll try to keep my thoughts on the Street games short — they’re amazing.

With an abundance of game modes, smooth gameplay, and the freedom to play the games in so many ways, it occurred to me that the problem with sports games today is that they aren’t fun.

The absurdity of being able to play with a seven-foot 400 pound quarterback who can run up walls and do 360 flips into the endzone is so stupid, that it’s brilliant. What makes sports enjoyable is the entertainment aspect of them.

Sure, strategy and competitive spirit are great, but the joys of sports come through the fun of them. A monster home run. An insane slam dunk. A bicycle kick. Even a hurdle keeps casual fans watching.

These feats of athleticism might push the boundaries of what we think the human body is capable of. Does it really matter if someone can do a dunk from the free throw line in the grand scheme of humanity? Clearly not. But it is entertaining as hell, which is vital to the product.

This is also crucial to the sports gaming industry, too. While I am a massive fan of simulation, aka realistic, style of sports video games, the best and most memorable games can stand on the border of arcade and simulation gameplay.

The problem with many games produced now is that they try to create this realistic style of gameplay, but within that comes two massive problems.

First, they can’t do it. It’s impossible to replicate an authentic NFL game into a virtual setting — there’s too much going on to possibly produce a 100 percent lifelike game. As a result, you end up getting these products that are not fun at all because they don’t even end up reaching their intended goal, leaving the game in this awful sense of purgatory, which leads to my next point.

Video games, unlike physical sports, give players more control over what is happening. With this comes the desire to maximize effectiveness and potential while playing, which leads to a “meta,” otherwise known as an optimal strategy, to win.

Let me give you an example. If you were going to play a pickup game of football, with the ability to choose any player ever as your quarterback, you’d be foolish not to go with someone like Joe Montana, Peyton Manning, or Tom Brady.

If you took this into the world of Madden, you’d be foolish for picking anyone one of those three players. Since video games can’t recreate player tendencies (since someone is controlling the entire team,) you’d be smart to aim for someone like Michael Vick, Randall Cunningham, or even Lamar Jackson. Since they’re physical freaks, it would be wiser to value something like speed over player intelligence, which as mentioned, can’t be implemented as an intangible.

The NBA 2K series suffers from this. In the past, on the online scene, user-created players known as “Demigods” dominated it. Seven-foot six, 350 lbs, centers capable of dribbling like Kyrie Irving, shooting like Steph Curry, and dominating in the paint like Shaquille O’Neal.

Eventually, the 2K series began to put harsher limitations on how a player could be created, to create a more balanced game, but with that, players took it upon themselves to find a new meta, which with the previous iteration, 2K19, was seven-foot power forwards capable of shooting from anywhere (think of Kevin Durant,) which ruined the game for anyone who wanted to play within the intentions of the 2K developers.

My point of mentioning this is that if we know that players will break and exploit a game as much as they can, at some point, maybe attempting to create this uber-realistic product should just be scrapped.

While I’m not suggesting that every sports game turns into a chaotic arcade-style game like NFL Street, I think developers can look at these past products for inspiration on how to build future products.

The biggest issue with this idea lies with video game producers not wanting to make replayable games anymore. Seriously, the person who is still reading this OP/ED, if I offered you a chance to play any sports game made in the last five years, would you want to go back and play it? I’d hope not.

It makes sense that these products aren’t maintaining a long-term fanbase on each individual game. Companies like Electronic Arts (EA) benefit way more from having consumers buy a new Madden every year, plus the potential microtransactions, compared to producing a product that may incentivize customers to not buy the next yearly product.

For people who like offline modes, like the franchise or player career, as much as online, this has seen those same offline modes get little to no updates or additions anymore and scrape by with the bare minimum to even justify having them in the game, even though you can look at games like FIFA or Madden and see how much better some of those same modes were a decade ago.

This is done entirely with the intention of getting players to go to the modes that produce the most profits: the online ones. But since you have no reason to stick with the current product, since the gameplay and modes likely are poor, it’s easy to get sucked into purchasing the next installment, hoping things will get better based on earlier experiences and not having any other option. They’ll never get better.

Well, they’ll never get better if we keep supporting this industry. Stop. Buying. These. Games. How people can spend so much time complaining about games like 2K and then be the first people to buy the newest installment with a big smile never ceases to amaze me. This has me included, I easily fall victim to this cycle of false optimism. Something needs to change.

By continuing to buy the product and microtransactions to follow suit, we are incentivizing these companies, who already have monopolies on their respective games, to not improve their products, because why should they put in the extra work and effort if we will buy them, anyway?

But perhaps you are in love with the NFL too much, and you can’t afford to live without your yearly roster update. I get that. But try to buy a new game every other year; nearly every sports game has a roster sharer, where people will make the next season’s roster that you’d be paying $60 for, for free.

It saddens me that kids growing up now won’t be able to experience the sheer stupidity and brilliance of games like NFL Street, The Bigs, Backyard Baseball, or any of these other games. But the fact that the products they are stuck with now suck so much is even worse.

By continuing to support these products now, we are supporting the practice that is seeing consumers being exploited more than ever before, and without action, it will never change. And that, my friends, is a swing and a miss.