Op/Ed: Let’s Wake Up In Regard To Racism, Oppression and Discrimination 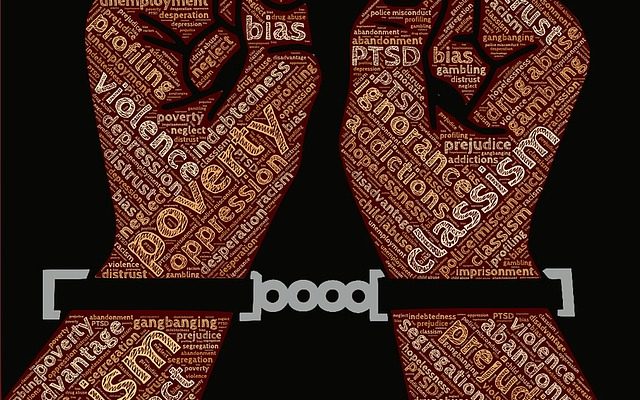 Racism is a prejudice, discrimination, or antagonism directed against someone of a different race based on the belief that one’s own race is superior.

You can read these definitions and simply know how often situations happen where racisim, discrimination and opression occur. It doesn’t matter where you are – it could be in your workplace, the grocery store, on the street, in a park or in your car and if you are not a white person in America, your chances of being judged or terrorized because of your race and ethnicity are way more likely to happen.

It is time to wake up.

If you live in America, the term racism has been embedded in your brain since the moment you can remember. That is simply because since before slavery, the word has been a representation of our country’s history.

A question that Americans can ask themselves is “does racism still exist in modern day America?” More than 80 percent of the people you ask will most likely say “yes.” This clearly shows that we see a problem within the system of our country, but why have we not fixed it yet when it has been an ongoing problem for so long? What is holding us back from changing the country to be the “melting pot” that we strive to be?

Our country from the start has been systematically based on white privilege. White Europeans came in and took the land from Native Americans in cruel and torturous ways. We then started an all-white government, with all-white land owners who practiced slavery that lasted about 400 years and ended in 1863, that was only 157 years ago. But America did not stop racism and discrimination there. Segregation played a huge roll in our country’s history. We had “whites only” schools, restaurants, libraries and bathrooms. Black and whites were never in the same area at the same time. White Americans viewed African-Americans as lesser than them or less important than them.

Police brutality was a major issue back in the 1940s and 1950s. Segregation did not end until 1954 with Brown Vs. Board of Education. Ruby Nell Bridges Hall was the first African-American child to desegregate the all-white Williams Frantz elementary school in Louisiana on Nov. 14, 1960. She is only 65 years old in 2020.

This puts a major reality into my eyes. She is around the same age as some of our grandparents.

So what makes Americans think that racism, discrimination and oppression has just magically disappeared? Is it because we finally had our first black president elected in 2008? Is it because segregation does not exist? Is it because now we have biracial couples and more diverse workplaces?

All of these are good reasons as to why one would think that racism still does not exist but the harsh truth is that it very much does. In 2019, studies showed that black men are 2.5 times more likely to be killed by police than a white man. Police brutality is very much alive today, cases like Eric Garner, Michael Brown,Walter Scott, Philando Castile and more recently in 2018 O’shae Terry. All of these names are names of innocent black men who have been brutally beaten and murdered by police.

And it’s not only police, it is regular white American citizens killing innocent black and Hispanic people for reasons that can be resolved by a simple conversation. The most recent case that we have all been hearing about is Ahmaud Arbery, who was murdered by an armed father and son and was hunted down, shot and killed just because he was jogging in a Georgia neighborhood. It took the police two months to convict the murderers of their crime… two months of murderers being on the loose after taking an innocent life.

So how do we put an end to this? How do we change our country’s old ways? It seems like a long shot, and it could take years. But it starts with white people. And why does it start with white people? Simply because we still have the upper hand. Ignorant, racist white people are more likely to listen to people who look like them rather than people who don’t.

The first step is to understand the problems and situations going on and realize that there is infact a problem. A lot of the younger generations are starting to make progress and see the problems at hand.

If you are white (like myself), you should start to understand the privileges that you do have. You should never feel comfortable knowing that someone is being abused or discriminated against because of the color of their skin. People should be comfortable with allowing others to be oppressed their whole lives. White people will never be put in situations that Africian-Americans have been put in because we always have the upper hand. Whites never had to fight for their freedom from another race because we have always been the ones in control of that freedom we give out. Instead of using your privilege to your advantage, we can be more proactive and use privilege to help others that systematically cannot help themselves.

Do not be a bystander. It makes you a part of the problem. If you see something wrong, it is okay to speak up. It could mean that you just saved a life. You should ignore the fact that you have a privilege as long as you are using that privilege in the right way. We need to realize and start to learn about other cultures and their struggles, instead of appropriating them, we should start appreciating them in a respectful manner. We need to normalize standing up against your friends and family when they say or do something wrong, they are more likely to listen to you and you should never feel embarrassed about helping someone learn from their ignorance.

One issue that I feel is super important is to ask questions. Educate yourself on oppression, racism and discrimination. It is okay to ask other races about their everyday struggle. I am sure they will be more than happy to educate you on their everyday life because the majority lives their lives in fear. Lastly, we need to stop being blind. It’s been years, teach with love and compassion for one another instead of embedded hate. Stand up for strangers.

Don’t go back to sleep.

We have to stop being blind to situations that are real, even if they are not our reality. Spread love, light and equality for each other, and the world would be a better place this way.