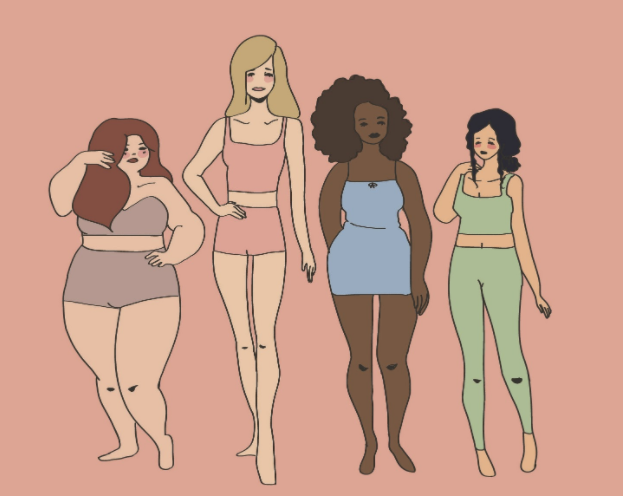 The popular dating app, Bumble, has officially banned body-shaming messages from being sent on the app. Bumble announced this change on Feb. 4.

Bumble sent out a statement saying, “We’re doing this by updating our terms and conditions to explicitly ban unsolicited and derogatory comments made about someone’s appearance, body shape, size, or health. This includes language that can be deemed fat-phobic, ableist, racist, colorist, homophobic or transphobic.”

This is a huge step in the right direction for dating apps because some conversations should not be had. People need to stop talking about other people’s weight. I do not care if you are their relative, best friend, or significant other – it’s simply not your place.

Most people already have body image problems, in an article from breakbingeeating.com, “50 percent of young 13 American girls reported being unhappy with their body. The number grew to nearly 80 percent by the time girls reached 17 years of age.”

Why should 13-year-olds have to worry about their weight? What happened to the times when kids could be kids and wear and do what they felt happy with?

Some statistics that are important to mention are that:

This is how society ruined us. Between the way, men talk about women and vice-versa as well as, influencers on social media.

But now we see influencers who edit their bodies beyond belief. People compare their bodies to fake bodies that are full of plastic or edited on apps. This is not reality, this is not something that people should have to deal with.

There have been accounts on Instagram like @beauty.false that call out these influencers and stars for their editing and also their plastic surgery. Trust me, I’m not saying that if you have plastic surgery, you are a horrible person, (what you do with your money is on you) but be open about it and don’t lie about not getting it done. Especially when you have a younger fanbase that looks up to you.

YouTube Star, Tana Mongeau (5.7 million followers), had to start announcing the fact that she photoshopped herself on the famous app, FaceTune. This happened after backlash came out saying she looked nothing like herself in photos when people met her in real life. 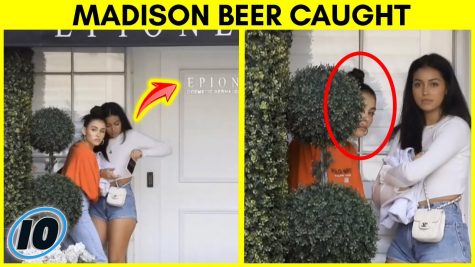 Another star, Madison Beer (22.4 million followers), swore that she didn’t get lip fillers and that her lips were naturally full. She kept this statement until she got found by paparazzi outside of a plastic surgeon’s office where she hid behind a plant to keep her “secret.”

These posts can cause body image issues and eating disorders which, a person might not believe but I’ve seen happen first hand.

In 2018, a small study saw that there is a correlation between time spent on social media, negative body image, and disordered eating.

While that study focuses on women another study in 2020, found that men also have body image issues because they feel they have to meet the standards of being fit and slim.

Body image is something that all people have a hard time with, regardless of gender or age. Body image hasn’t gotten any easier with social media being around. Everyone thinks they can say whatever they want about a person regardless if it tears them down or not.

The nationaleatingdisorders.org posted, one of the most-common cyberbullying tactics is body-shaming or fat-calling. NED did a study that found out 65 percent of people with eating disorders say bullying contributed to the condition that they are currently in.

People are more influenced to make comments online since they can behind a screen but, this doesn’t stop the bullying in real life.

Aside from influencers editing and cyber-bullying, influencers promote products that aren’t that great for your body, that help you lose weight in 18-24 days. 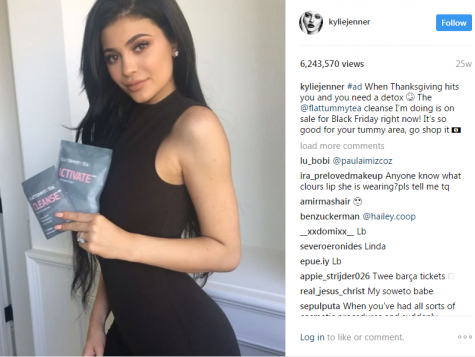 These teas aren’t a healthy way for people to detox. It’s basically drinking a laxative. There are so many better ways to lose weight like eating healthy or working out than using these products.

If influencers never promoted these products, I wouldn’t know about them in the first place. They are doing it for the money, I highly doubt they’ve ever really used them.

Influencers should learn that they are someone that millions of people look up to. They should use their platform for good and promote healthy products or even workouts!

It’s time to start accepting people regardless of their weight. I mean we now have plus-sized models and companies like Aerie who don’t photoshop their models. Weight shouldn’t be a factor in anyone’s eyes, as long as that person is happy and healthy.