OP/ED: Why Are We Always Questioning A Woman’s Body? 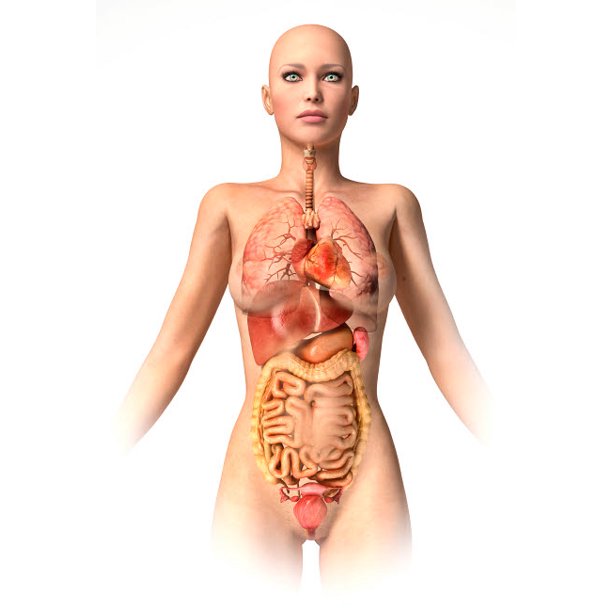 Every time I talk about my body, people always look at me like I’m bold.

Every time I discuss the pleasures of sex, my family and friends glare at me as if I need to shut up.

Being a woman is powerful and uplifting, but when others puts the meaning of being of a woman in question, it makes us feel like we are backed into a corner and have to fight our way out.

From birth, a woman’s body is viewed as a commodity or a template. Something to regulate, critique and abuse. Someone who was created with the same organs as their male counterparts suddenly becomes the subject of public opinion and debate.

There is nothing to debate over the purpose of a woman’s body. We are human beings. We are individuals. We are mothers, daughters, friends, co workers.

However we don’t live in a ideal word. We live in a world where the actions of women are always in question. So since we want to question a woman’s actions, let’s talk about it.

In an OP/ED written by Dalton Conley in 2005 for the New York Times, he argued that the father of an unborn child should have a say in whether the woman carrying the child should be allowed to terminate a pregnancy. He stated, “If a father is willing to legally commit to supporting and raising the child himself, why should a woman be able to end a pregnancy that she knew was a possibility of consensual sex?”

Well, while I understand this “argument” from the male empowerment perspective… or at least I think. What I understand from his piece is that women shouldn’t have the power to make a decision about what happens to and in their bodies. Or at least have the power to make that decision alone. While this seems to be a big frustration within males who find themselves in this position, the answer to what happens to the unborn child begins and ends in the body the unborn child is located in. The woman. No one has the right to hijack the body of another for nine months or ever.

As long as fetuses reside in the woman’s body, the decision must reside with the woman.

It’s my body. No one knows it better than I do. So why should anyone other than myself question what I decide to do with it other than me. Especially if there is a possibility that it can negatively affect my health? Yes someone else’s health is at risk when they are in my body and by terminating my pregnancy I will be ending their would be life, but by having someone would be life in my body it can negatively affect my body and possibly end mine.

You want an example? Well here you go.

Heart disease is a serious issue that affects the women in my family especially during pregnancy. My mother was diagnosed with diabetes during her pregnancy with me, and my sister, who is currently pregnant, has been on the borderline spectrum for both of her pregnancies. Should I subject my body to that disease just to save another would-be life?  Should I subject my unborn baby with those diseases? Should women with serious health conditions have to go through an unwanted pregnancy if someone else wants them to have the baby?

In his piece, Conley also argues that “if a father is willing to legally commit to supporting the child himself, why should a woman be able to end a pregnancy that she knew was a possibility of consensual sex?” Mr. Conley, how do you suggest going about this? Should everyone involved sign a”pre-sex contract”? Do I need to have a lawyer around every time I’m about to have sex?

I don’t think I want to have my lawyer see my pre-sex face.

When Mr. Conley and other men go through pregnancy and give birth, then they can have an equal say.

But for now, all the law can require from the father is money. Not time. Not love. Not bonding. The child doesn’t even need to know their father’s name. It is a nightmare to know that it is many states, you can require a woman to relinquish control over her body to become an unwilling vessel for a child she may not even want.

By forcing a woman to continue an unwanted pregnancy, the law would force her to care for another life residing in her body and endure medical procedures, appointments and change her lifestyle all against her will. A person cannot be made to donate a kidney against their will, even if could save their life, so why should we force a woman to continue an unwanted pregnancy against her will.

No woman should have to face these risks unless it’s by her own decision, even if she willingly had sex without protection in the first place.

For those of you who live under a rock, or are ignorant… let me tell you what double standards are. Double standards are a set of principles that applies differently and usually more rigorously to one group of people or circumstances than to another according to the Webster dictionary. They are usually most prevalent when discussing sexual behavior where women tend to have more stricter standards than men.

Double standards is something that has continually affected women of all races and ethnicities in most fields of life. Whether you are grocery shopping or running for president, there is always someone who is judging you harsher than they would someone else. Even if they are trying achieve the same goal as you.

As I get older and more mature, I am beginning to learn more about myself and what I believe in. More recently, I have gotten comfortable sharing those beliefs as I slowly come out of my shell. Even more recently, I have begun to realize that I am beginning to despise those who are misogynistic or sexist. Before it was something I just rolled my eyes at. Now it’s something that infuriates me. Those who exhibit those behaviors such as nonchalantly pouring out discriminatory words or actions aren’t even aware that they are being sexist. As more and more people are speaking up about said issues, whether if its about sexism, homophobia or racism, there are still many that shove those problems off as being “not a big deal” or non-existent.

For example, when discussing sex, men are usually praised for scoring as many women as he can or exhibiting toxic masculine behavior, while women are slut shamed or seen at as questionable for having a “high body count” or exhibiting behavior other than overly feminine or “sensitive”. To play devil’s advocate, men are frequently pushed by others (mostly fellow men) to lose their virginity or sleep around to prove themselves as more of a man, even if they are not emotionally or physically ready. Also, women are taught (by society) to hold out to make themselves more desirable for a future long-term partner, if they don’t hold up to this standard, they can be seen as  “sluts” and “whores.”

In a 2009 study conducted by Social Psychology Quarterly they stated “according to the sexual double standard, boys and men are rewarded and praised for heterosexual sexual contacts, whereas girls and women are derogated and stigmatized for similar behaviors.” Double standards like these are taught by family, friends and/or acquaintances that people meet throughout their life. It’s issues like these that leads to people making assumptions about different genders, including women about their bodies and what they should do with it, even it it goes beyond her consent.

Oh, are you tired of reading about a woman’s body? Well i’m tired always having to defend it.