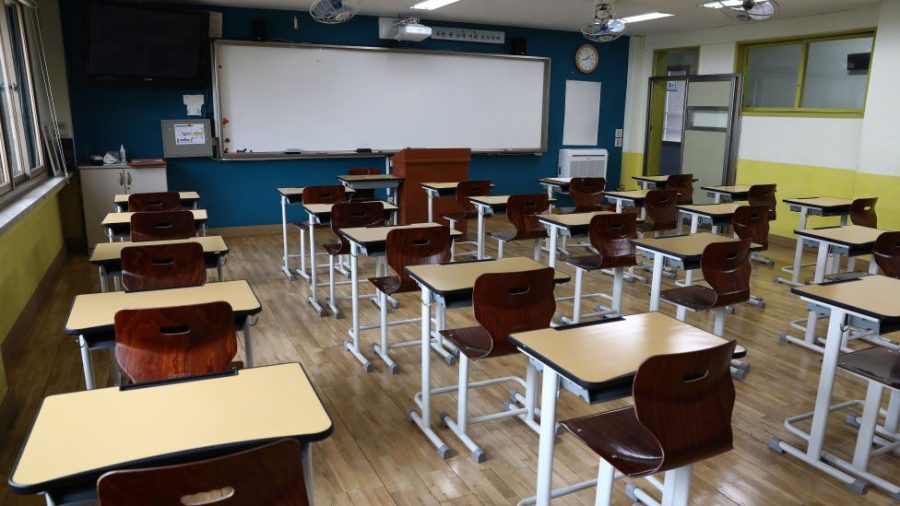 The spotlight of abuse within the public system is focused directly on Loudon County School District following an investigative report by the Daily Wire. This comes after the Virginia school district attempted to hide an alleged sexual assault that occurred within its schools on May 28.

It’s a horrific story, which in its own right is an incident that deserves massive national attention. However, this would not be as honest as looking at the larger program as a whole.

Loudon County is not a one-off incident. It is a reflection of the entire public education system throughout America, which puts children in danger.

According to the 2017-18 Civil Rights Data Collection Report focusing on Sexual Violence in K-12 Schools, it saw a 53 percent increase in sexual assaults within public schools within the United States. This is based on cases studied in 2015-16.

You combine that with data from a study ordered by the Depart of Education, and you’ll find that just under ten percent of students will be the target of sexual misconduct by an educator in their lifetime. That number may not sound like a lot, but again step back and see the big picture.

The United States in the fall of 2020 had just over 48 million students in public schools between kindergarten and twelfth grade. If ten percent of those kids are being targeted that means 4.8 million children are potential victims.

The sexual abuse of over four million children should be the biggest story in the world, but it will barely make the mainstream news outside a few select cases. Many of these cases drop out of news coverage days after first being reported.

This is despite the fact, that year after year reports by news agencies showed a widespread problem. For example, in 2017, the Associated Press discovered 17,000 official reports of sexual assaults over four years from 2011 to 2015.

Does this mean that each school district where abuse occurs is like Loudon County and attempts to cover it up for various reasons? I don’t believe so.

I also don’t believe that these numbers have improved in the last few years due to the little to no public attention giving to reforms within the public school system. In fact, some states and school districts still have laws that enable these types of incidents.

A 2010 Report to the Chairman of the Committee on Education and Labor in the House of Representatives indicated numerous issues in the system that created this crisis.

For 13 states to not be expressly clear about banning all known sex offenders is outrageous, even 11 years later. To think that in 2010, when the typical college student would have been around 12 to 13 years old, some offenders have been allowed to close proximity to children is mind-blowing.

This report continues to focus on various case studies on individuals who were hired or retrained by public and private schools with a history of misconduct. It also includes interviews with school officials following the school becoming aware of an employee’s history.

“The school officials we interviewed cited a variety of reasons for allowing the resignations and providing the recommendations. One administrator told us that it could cost up to $100,000 to fire a teacher, even with “a slam dunk case,” states the report.

I’m aware of the financial burden that cost puts at school, but when did it become acceptable to not accept that challenge for the sake of protecting children.

No price is too much to ensure that a child isn’t in direct contact with someone with a history of sexual misconduct with children. This is common sense.

Yet, the flaws highlighted by this report do not end there. In eight of the total fifteen cases studied, stated that “they conducted state criminal history checks, which only reveal offenses committed by a prospective employee in the state where it is conducted.”

This means as long as you don’t have an offense in the state you apply to, or within the FBI database, then you could be hired in a state like New York. A state that may not check what happened in New Jersey even though they are neighbors.

In fact, in a 2019 New York State School Safety report, over 4,500 sexual offenses were reported in the entire state for the 2017-18 school year. This is based on the 4,767 public and charter schools within the state of New York.

However, the report indicated that over one-fourth of those schools reported having no violent and disruptive incidents. This is the category for which the most violent offenses of sexual assault would fall.

That means 1,210 schools report no issues.

In a world, where statistically speaking, one in ten children would be abused in their lifetime, that is suspicious. Especially consider these schools in New York teach over 500,000 students. That math does not add up.

Now it’s impossible at this moment to say that schools are or have done what allegedly Loudon County has done in its cover-up. That would require a massive investigation into, not just New York, but across the country in order to remove these predators from the schools and protect kids.

Let’s absolutely do it. Nothing is more valuable than saving these children. It needs to be a complete shutting down of the current system and building a new one if it would have any chance of working.

At this moment, extensive background checks should be the minimum, which spanned national databases to remove the obvious offenders who are attempting to be back in an environment with children.

Once we begin moving in this direction and openly talking about this issue, the silent crisis in this country can begin to end.