OP/ED: Get Your Act Together Mayor Adams 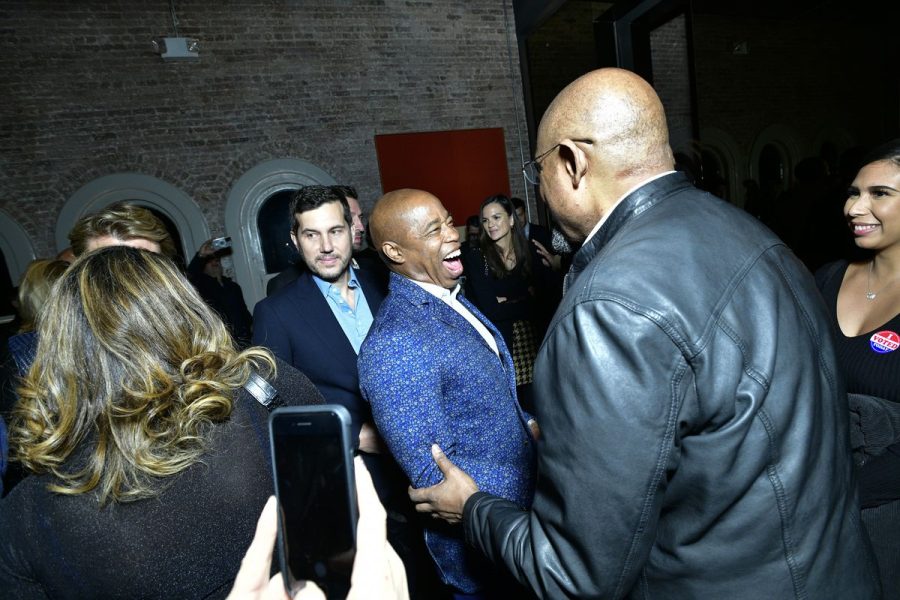 Eric Adams, you should be ashamed of yourself.

I am fully vaccinated and boosted against COVID-19. I am proudly pro-vaccine and appreciate the scientists and researchers who have put in the time and effort to ensure that the vaccines were safe for people and those in the trials who put their bodies on the line to help the rest of us. I thank you all. However, I am pro-choice and fully support those who have chosen not to get vaccinated for whatever their reason is and acknowledge that I (for the most part) do not have the right to know what that reason is. But this is not about being pro or anti-vaccine, this is about the Good Ole’ Boys Club and how it has officially made an appearance in New York City’s vaccine mandate.

Last Tuesday, New York City Mayor, Eric Adams announced that unvaccinated athletes and performers will be allowed to play in New York City, however, all other workers living in the city must be vaccinated.

That means that Kyrie Irving, a basketball player who plays for the Brooklyn Nets, and other unvaccinated players for New York Knicks, New York Mets and New York Yankees who were previously sidelined due to the mandates will now be able to play for home games.

However, for the everyday person who works and lives in the city and has permanently or temporarily lost their jobs because they refuse to get vaccinated, including our nurses, teachers and other municipal employees, this is not great news.

Especially when you realize they are not exempt from this rule.

Mayor Adams says that the new exceptions would cause more good than harm for the everyday New Yorker as performers and sports teams bring in more revenue to the City, but that’s not true. In fact, it’s the other way around. When the Barclays Center, home of the Brooklyn Nets opened back in 2012, it cost New York City taxpayers a collected $305 million, much of which is still being payed out today. In addition, locals are more than likley getting “less bang for the buck than stadium cash, which at least might create a few thousand temporary construction jobs,” according to America.Aljazeera. The article continues to state that if the “operating subsidies coming out of general fund revenues, that’s money that could go to any other alternative use in the city, like education or public safety.”

Allowing unvaccinated athletes who are usually millionaires and or/don’t even live in the location they play in during the offseason, would be more of a pitfall for the safety of the people who live in the city but refusing to let some nurses, teachers and police officers are very much are.

Can someone explain to me how that scientifically makes sense? If you say that unvaccinated people are a threat to society, then that means all of them are threats regardless of gender, sexual orientation, race, ethnicity and economic class or a threat.

What Mayor Adams means is that the threat of his millionaire and celebrity allies leaving his side is more detrimental to his image than the safety of the everyday people who live in the city he governs.

It comes as a coincidence that all of a sudden Adams has now created a vaccine exemption for professional athletes and private sectors, when Mets owner Steve Cohen, who just happened to have given a $1.5 million donation to Adams’ political action committee during last year’s mayoral campaign.

Where are these donations to the everyday essential workers who have lost their jobs for taking a stand? Most of these people are not millionaires or have any fame to their name. Most of whom have been failed to be protected by the labor unions that were supposed to protect them through all costs. I don’t see the Brooklyn Nets or Kyrie Irving speaking on their behalf.

What can I say… yet another example of the rich and famous getting special treatment.

These professional athletes that you, Mayor Adams, are exempting from this rule didn’t vote for you to come into the office. The everyday working New Yorker did. You have the job to serve and protect us and right now with crime having a 41 percent increase from 2021 and we’re only four months in, you spending more time helping out professional athletes who make millions of dollars a year and can relocate if and when things tough than helping out the own citizens in the city your govern is a joke.

Some people can’t afford to just walk away from their jobs or relocate to a place where a vaccine mandate isn’t in effect.

If the vaccine mandate can be rolled back for Kyrie Irving and other professional athletes, why can’t it be rolled back for our police, firefighters, teachers, nurses and every other essential worker who has worked hard to protect our city even before COVID-19 became a universal word? Why is Adams holding them and every other worker in New York City to a separate standard?

To play devil’s advocate, yes unvaccinated spectators were allowed to attend and sit in the stands to watch sporting events without having to show proof of vaccination. But they are still held to a different standard than the athletes they came to see as most of those spectators have probably lost their jobs due to their stance.

If we are going to let unvaccinated athletes play, we need to lift the vaccine mandate altogether. Whether COVID-19 is ever going to go away is not something I’m here to discuss, however, we are at a manageable stage in the pandemic. Our “wartime general,” as Adams called himself earlier this month, should be able to see that.

Sometimes I wish that I was a rich man because the things I can get away with would be incredible. But I’m not. I am a Puerto Rican woman living in New York City who doesn’t make anything close to what these athletes or rich celebrities make and in some aspects, there’s something a little relieving about that. I can see that right through the rich and famous and understand that their humbleness is something that was either lost long ago or never was there at all. I like to consider myself a deep thinker and humble person and what’s going on with the exceptions is anything but.

I’m not trying to say that Kyrie Irving isn’t a nice guy. He’s probably a really nice guy. He has donated a solar water center in Pakistan for residents. But, that has nothing to do with what is going on with the vaccine mandate right now.

If I was him, I would be refusing to play until the vaccine mandate is lifted for all New Yorkers and not just the rich and famous. If he is claiming to be a “voice for the voiceless” then he needs to stick to his word and take continue to take a stand until there is equality for all. Not until things look right for himself. His willingness to play doubles down on everything he said in that retrospect.

Kyrie Irving and friends are not above the law and what Mayor Adams is doing right now is opening a can of worms that allows those with money and status to swerve around whatever law they want.

I don’t want to hear about the Nets or other teams’ frustrations with not winning a championship when there is much bigger fish to fry in the city of New York. Unvaccinated people, for whatever reason (and I don’t fault them at all) are protesting for something they feel so strongly about that they are willing to lose their jobs to keep their rights. As I said previously, most of those people can’t afford not to work, Kyrie Irving can. Irving has made over $158 million over the course of his career and makes $17 million in endorsements yearly. He can afford to sit out a season if he chooses.

So the Adams organization should be ashamed of themselves for making a joke of the city’s mandate when they have forced people to get a vaccine they didn’t want to get and terminate those who refuse to cave just so athletes can play in our city.