The Fight To Live 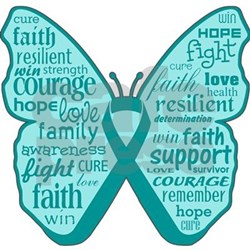 It was the first time since the Memolo family moved to Las Vegas that Nicole and her sisters, Dominique and Denna, went on the swings at a nearby park.

As Nicole proceeded to go up the swing, she felt her stomach turn and dropped to the ground immediately. The second she landed on the ground, she held her stomach tightly, and screamed in agony.

Nicole Memolo was a fifteen-year-old girl in 2013, whose biggest worry was her role in her theatre club. She was like any other ordinary teenager.

She had ovarian cancer.

She often replays the day of April 13 in her head.

“I had back pains for a while and doctors kept misdiagnosing me. The day I went to the park was actually the first time in a while that I was feeling better,” said Memolo.

All Memolo remembers was how excited she was to see the swings.

“I was like a little kid, I ran over to them, but little did I know going on them would change my whole life,” Memolo started to say.

Once Memolo proceeded to go up the swing, her stomach turned and she dropped to the ground. She held her stomach and screamed in misery.

“I couldn’t stop screaming even the whole car ride; I was in complete agony,” said Memolo, “Deanna was driving, she kept saying, ‘don’t worry, we’re almost there,’ the whole ride.”

Memolo laid her head on her sister, Dominique’s, lap, as she ran her fingers through Nicole’s long blonde hair telling her she’ll be okay.

The pain was too unbearable for Memolo to stand.

“It resembled a scene from a movie when a lady is pregnant and her water breaks and is being rushed to the hospital,” said Memolo.

When they arrived at Summerlin Hospital, the doctors did X-rays and CT scans on Memolo. They found the cause of her pain. It was a tumor. She was rushed in an ambulance to Sunrise Hospital for a biopsy.

“I will never forget that ride, seeing the flashing lights, the signs that read ‘emergency’ and ‘trauma’, as if I’d been in a terrible car accident,” said Memolo.

She was hooked up to several wires while being strapped down with an oxygen mask the entire ride.

“I was living in fear in that moment,” Memolo said.

She arrived at Sunrise Hospital, where they put her in a wheelchair.

“I began panicking because I was able to walk, so why did I have to sit in the wheelchair?” Memolo said.  All Memolo heard from doctors, nurses, and her family that day was that she was going to be okay.  But what was really going on? No one had the real answer.

A couple of hours later Memolo was rushed into an operating room. Doctors diagnosed it was the tumor that was causing Memolo pain. It was crushing her intestines, ribs, and mainly her ovaries.

The tumor was the size of a basketball.

After multiple biopsies to determine if it was cancerous, doctors soon identified it to be stage three Ovarian Germ Cell Tumor Cancer.

Ovarian cancer is common in older women who have gone through menopause, older than fifty. It is very rare for someone younger than forty to be diagnosed with it.

According to the National Cancer Institution, germ cell tumors are more common in teens and young women that affect the ovaries, but is still very rare.

Memolo had no idea that she even had cancer. Her family, doctors, and even other patients, knew before her.

“All I remember is waking up in my ‘new bed’ and on a lot of medication,” Memolo started to say. “I kept begging my dad if we can leave because I had rehearsals for theatre and I was scared that I’d lose my part.”

Her mother reassured her that her role in the play would still be there for her even if she had to stay just a little longer.

Memolo began panicking. All she was worried about was her role in the play; drama acting was Memolo’s calling ever since she could remember. She never thought about her health.

After Memolo became more alert, her father asked for everyone to leave so he could talk to her.

“The doctors did scans and found a tumor. They biopsied it…you have cancer…but don’t worry, we’ll get through this one day at a time,” he continued, but Memolo was stuck on three words.

All Memolo heard was: you have cancer.

She couldn’t have cancer. She was only fifteen. She has a whole life ahead of her.

“I remember everyone walking in; it was complete silence. I saw so many people surrounding my room,” Memolo recalled. “Everyone was in tears and I just felt so helpless. Everyone was rubbing my back, holding my hands, and saying positive things to comfort me.”

But what was positive about this, Memolo thought.

She always considered herself to be the tough one in her family. When a family member is down, Memolo felt like she should be the one helping them. What could she do now?

“I was weak and fragile. I had no control over this,” Memolo said, “I barely knew what cancer was and what a tumor was.”

Memolo added, “I thought it was a death sentence.”

The first two things Memolo was concerned about were her appearance and if she’d still be able to act in the play.

“My doctor told me that I would lose my hair and then he reassured me that he’d do everything to get me out of the hospital in time for the play.”

When the doctor told Memolo she would lose her hair, it was almost as bad as hearing she had cancer.

It only frustrated and upset Memolo whenever the doctors and nurses were talking about what was and going to happen to her.

“My parents started talking to me about wigs and I wanted no part of it,” Memolo said angrily.

She was not going to lose her hair. She was even determined to tape her hair to her head if she had to.

“I didn’t fully process that part of the cancer until clumps and clumps of hair would fall out and there was no saving it.”

Memolo cried as she said, “the kids on those commercials looked a lot more happier and beautiful than I did.”

Memolo would look at herself in the mirror and cry.

She felt dead inside. Outside she looked dead. All she thought was why her.

“It was hard to do everything. Even eating became difficult because my jaw always felt too weak to chew,” Memolo said.

This was something she never imagined – a lifestyle that never crossed her mind.

But, soon after talking to other patients, Memolo’s attitude on fighting cancer changed quickly. She went from a depressed “why me” feeling to a ‘I will beat this, try me’ attitude.

“In my soul, I’m still that strong girl I was born as, and nothing relentless as cancer can take that away from me.”

After removing both ovaries, Memolo was in remission on August 28, 2014.

Since then, Memolo has been one of the many children who have participated in children cancer awareness. She even re-shaved the hair that grew back on St. Patrick’s Day in honor of St. Baldrick’s Cancer Foundation and spoke in front of many new cancer patients.

“I wouldn’t just shave my head for anything. St. Baldrick’s is a great foundation for children’s cancer, that’s why I did it,” said Memolo.

“Cancer may have been one of the hardest obstacles anyone could ever face, but in a way, I am glad it was me and not one of my sisters. I also learned something about my life by having cancer,” Memolo added.

Today, she no longer takes her life for granted. Memolo lives each day as though she were going to die tomorrow.

“I know theatre club might be everything to me right now and I’ve always thought that drama acting was my calling, but I think my calling might be with helping the spread of children cancer awareness,” Memolo said.

Memolo devotes her time to visiting children with cancer to spread light on their hard days.

Memolo added, “If there’s a way that I could help the children of future generations with cancer and let them know it will be okay in the end, because I’m a survivor, that’s how I’d rather live my life.”