But only for a week 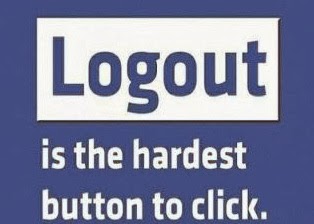 The answer to that. Simple. Social Media.

Social media is a big part of everyone’s life now. Whenever we get the chance we look on Facebook or Instagram or send a random snap on Snapchat to people because we are bored and spend countless hours just scrolling through Tumblr.

When I’m out with my friends I try not to look at my phone unless it is to text someone back, but even then I try to stay away from my phone. My friends on the other hand have their face glued to their phone. Not to say that I don’t also but I try to have somewhat of a conversation not using my phone.

I understand that everyone wants to be updated on every single little detail of everyone’s lives, but I mean c’mon give it a break, at least once in a blue moon.

When I get fed up with people whether it be at work, or at school, or family or anyone in general, I give myself what’s called a social media detox. I literally delete all the apps on my phone that I constantly check and leave my phone with the basics.

Texting, weather, mail, pictures and all those basics. I got this idea from a friend and when I first tried it, I must say, it’s not that easy to begin with.

I was used to staying up extremely late to finish up on some papers or read or study for a class from the semester before and during the break it was hard to break that cycle. So once the semester ended and tried to actually catch up on some sleep, I found myself lying in bed with my eyes glued to my phone screen.

Before I knew it, it was already 1 a.m. I kept telling myself only a few more minutes before I actually go to sleep and get some rest. Another two hours pass by and it’s already 3 a.m.

I woke up the next morning to my alarm clock screaming in my ear at 7 a.m. to go to work. Being tired, I wasn’t as nice to customers as I should have been and was extremely moody.

I realized that it was time for this social media detox. So I deleted my apps and gave it a try for a full 7 days.

Once I deleted the apps, I felt a little anxious because I had the urge to check what was happening on twitter or instagram. But after a few minutes that urge went away. I then put that time into my writing and reading.

I noticed that once I deleted my social media apps, I wasn’t up late just scrolling through Facebook, Instagram, or Tumblr. I got the rest I needed, and I didn’t feel moody and had a feeling of wanting to go out and do something.

I got mixed reactions when I told people about the detox. Which I understand but still, a break from social media is good for you every once in a while.

When I was on the computer typing when I didn’t feel like writing in my journal, it was hard not to just type in Facebook, or twitter but, I managed to contain myself.

Through out the week without my social media, I put all my energy into writing while I had my days off from work. I also picked up a few novels. I’m not a huge reader but I managed to read a few good books that I never thought I would pick up.

The first two days were probably the worse for me. My fingers were so used to just tapping on the app to open it and start scrolling. There were empty spaces where social media used to be and I kept forgetting that the apps were not there.

After a while instead of reaching for my cell phone I reached for my journal and started free writing about anything. Once the week ended and it was time for my social media to come back to my phone, I found myself not reaching for it as much anymore and not wanting to keep constantly keep checking up on everyone.

I must admit though, I missed going on twitter and keeping up with my favorite celebrities, but I needed the break.

Seven days may seem like a whole lot, but trust me it goes by quicker than you think.