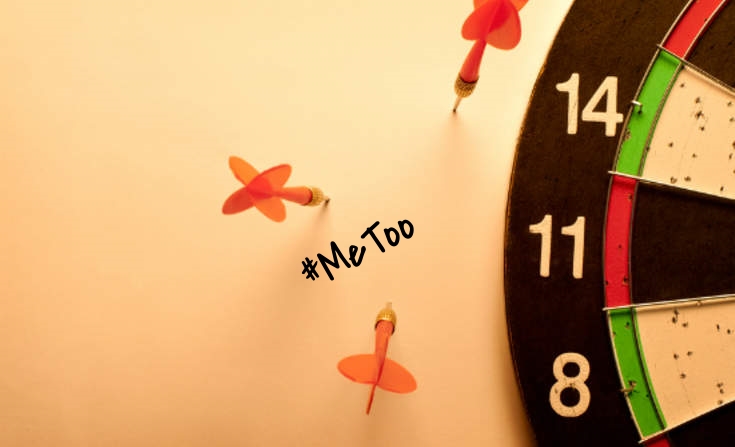 But, when we’re put into the situation, a higher authority overpowers us. We are told to not say a word; we’re told to be quiet. And we do exactly that.

I just turned 14. I was walking to the dentist of all places. In anyone’s neighborhood, our neighbors aren’t really our colleagues. We don’t talk to each other, we don’t know each other’s names, but we know each other exist.

“Man would I like to look up that skirt of yours.”

I felt a squeeze on my ass as he passed and walked away. Simply putting a finger over his lips in a shushing movement with a smirk on his face.

I was in a frozen state. I didn’t know what to do, I just kept walking. My face went flush, like I had just seen a ghost or something. I went home and didn’t say anything. Kept it to myself.

That may have been the first time, but it sure wasn’t the last.

The next time it happened, I was walking home from school. He was walking towards me, this time with a friend. As they passed, I felt two hands on my ass. I tried to walk faster, but they still managed to get in a squeeze.

I didn’t turn around, I just kept walking. All I heard was, “Yeah, that’s the good stuff,” and laughter.

My face went flush again. Tears filled my eyes, but I managed to keep it in until I reached my front door.

They thought this was fun. They thought it was okay to say words like that, and touch me.

They both walked away with smirks on their faces.

It happened a third time. This time, I was walking home from the bus stop, and I saw him walking towards me. I tried to walk around him, but it didn’t work. He pretended to look back, so he can “bump into me,” and he did. He bumped in to me, touching my breasts.

“Oh my bad,” he said with that smirk.

In my mind I yelled at him to keep his disgusting hands to himself, but my mouth didn’t open. I was too afraid of what he might do.

I don’t know him all too well, but I do know he can get violent.

Once again, I was silenced.

Seeing all these women and men speaking out about each of their experiences, whether it be with the American film producer and former film studio executive Harvey Weinstein, or just an experience in general, it shows how anyone can be affected by this.

Sexual harassment isn’t anything new. It has been going on for decades. But women don’t come forward with rape and sexual harassment accusations, because we live in a world where women are always discouraged from doing such things.

Many people who have worked with Weinstein weren’t aware that the movie mogul was sexually harassing women behind closed doors. Those celebrities have since spoken out against him.

Weinstein is just one of the many powerful men who sexually harass women, and men in the workplace. Over the weekend, the #MeToo movement sparked something in everyone. It was started on Twitter with actress Alyssa Milano when she tweeted out, “If you’ve been sexually harassed or assaulted write ‘me too’ as a reply to this tweet.”

Twitter then promoted the #MeToo campaign and the hashtag was used more than 500,000 times within the first 24 hours by people from all different kinds of work.

This campaign has helped raise more awareness to what is happening behind closed doors.

On October 5th, Weinstein had released a statement. It reads, “I came of age in the 60’s and 70’s, when all the rules about behavior and workplaces were different. That was the culture then,” he begins. “I have since learned it’s not an excuse, in the office – or out of it. To anyone. I realized some time ago that I needed to be a better person and my interactions with the people I work with have changed. I appreciate the way I’ve behaved with colleagues in the past has caused a lot of pain, and I sincerely apologize for it.”

His apology means nothing. Absolutely nothing.

What he did is indefensible. There is nothing he can say to make any of this right. But he isn’t that only one that has been accused of sexual harassment. We saw cases for Bill Cosby, Bill O’Reilly, as well as the current President of the United States, Donald Trump.

Ten months later, and it still mind boggles me that people went out and voted for Donald Trump even after his comments about women and the accusations against him about sexual assault.

People like Weinstein, Trump, Cosby, and those we don’t know of yet, need to be punished. They need to learn that this is not a game. This is real life, and these are real people that are scarred.

I will never understand why men and even women feel the need to sexually harass people. It’s one of the most disgusting characteristics of a human being. It is not fair that someone has this power of us, and that we are forced to be silenced.

To this day, I’m not sure why I was the target, but I was. Every so often,I see him and he attempts to speak to me. I simply walk away, not saying a word.

I’m not sure if he knows my name. I don’t know his, and I don’t care to learn it.

I know I’m not the only one, I know there are more girls he preys on. I only hope those girls stand up for themselves.

So join me, and many others in the #MeToo campaign and share your story. It’s time for us to not be afraid anymore and stand up for what is right.