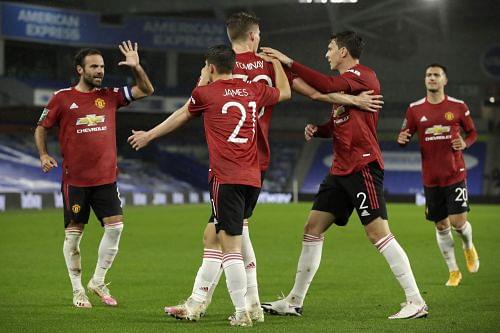 Manchester United is known to be one of the best soccer teams in the world. They have won countless trophies and have played in many important matches throughout their history. Manchester United started the 2020-21 season with a loss against Crystal Palace, and many fans criticize the team for their playing skills. The team was disorganized and could not attack the opposing team’s defense. They lost 3-2 with a controversial penalty that was saved at first by Manchester United goalkeeper, David De Gea, and the referee decided to retake the penalty because the goalkeeper stood out of his goalkeeper line in the goal. Crystal Palace scored the penalty on their second attempt. Their second game in the league was against Brighton and Hove Albion, and barely won by a late penalty that was given to Man U scored by Bruno Fernandes. Many fans are criticizing the staff at Man U for the team’s lack of attack, defense, and tactics. Most fans want the team to win the game by actually scoring goals and not depending on penalties. I, as well, am one of those fans.

Sir Alex Ferguson is a Scottish manager who has coached Manchester United from 1986 to 2013 and is regarded as the best manager in the history of soccer. He’s won many trophies with the club, but his trophy cabinet stands out by winning 13 Premier League’s, 5 FA, and 2 Champions Leagues. He is also known to bring and produce the best players at Manchester United, such as Ryan Giggs, Paul Scholes, David Beckham, Gary Neville, Roy Keane, Cristiano Ronaldo, Edwin Van De Sar, Patrice Evra, Wayne Rooney, Rio Ferdinand, and Nemanja Vidic.

When Ronaldo arrived at Manchester United, the team completely changed. They became a world class team and won three league titles and a Champions League in a span of three years. The Manchester United squad of 2006-09 is known to be the best team in Premier League history. Many journalists praise the team for their style of play, vision, counterattacks, passes, and teamwork. At this point, people around the world knew the 5-star team Man U had and were aware of their dominance.

When Ronaldo left, and Ferguson retired, fans knew that the end of the Manchester United dominance was at its end.

Once Ferguson left in 2013, Manchester United was in a troubling situation. The new manager, David Moyes, was fired eight months later for the team’s bad performance through the competitions. The players the Ferguson had on his team left and retired, the board at the club changed as well, and Edward Woodward was elected executive vice-chairman, which means he took over operations for the club. He is the man in charge to bring in new players to the club. Since Ferguson left, there has been a total of five managers who unsuccessfully tried to win the Premier League.

For the past two years, Ole Gunnar Solskjaer (the current manager) has tried to bring in players from world-class teams, and the only thing preventing him from getting those players is Woodward. Many past players and fans are criticizing Woodward for not listening to the fans and the coach to get the players they need to win every game. Woodward has been threatened by many fans and at the beginning of the year, and his home was even attacked by supporters chanting that he was going to die. Many people broke into his home and even threw flares. Fireworks were also used in the attacks.

Personally, I want Manchester United to win the Premier League this year, but it doesn’t look ideal. The best thing for the team is to rebuild and know what they are doing and play to win games. They are participating in four competitions this season and I hope they can win two out of the four they are playing for. I am with the supporters on getting Woodward fired from Manchester United because he isn’t doing what a chairman should do for the club. He should be helping the club by getting players that the coach wants and not denying his requests. So far, they have won three games in the season and it’s looking positive for now, but hopefully, Solskjaer knows what he’s doing, and the team will at least win a trophy this year.