The Golden Era of Real Madrid 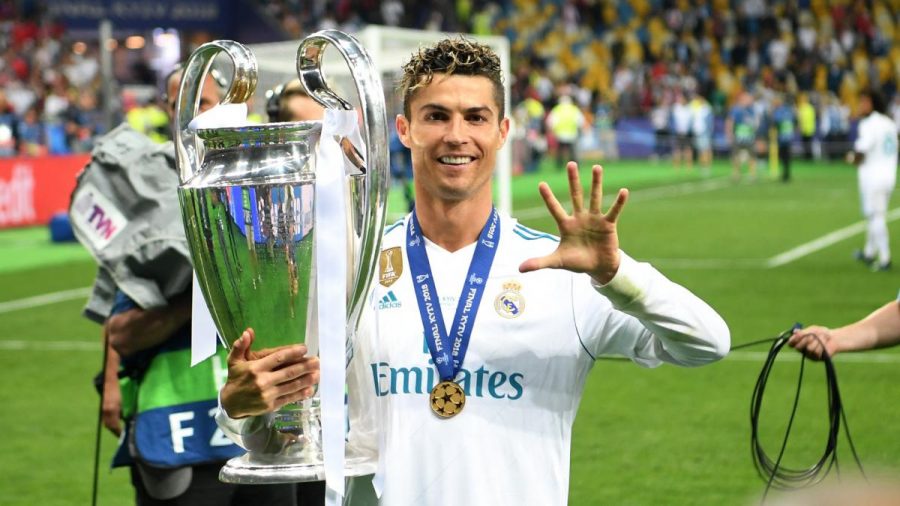 It’s a team that won thirteen Champions League, thirty-four league titles and was awarded a special title from FIFA which is the best team of the 20th century. A team that I supported since I was a kid and seeing its greatness from special players such as Zinedine Zidane, Ronaldo, Luis Figo, David Beckham and Roberto Carlos. The team showed elegance and class on the pitch and wowed audiences. Especially Zidane, who was the FIFA Ballon D’or winner, won the World Cup with France in 1998 and scored which was considered the best goal in the Champions League Final in 2002 against by Bayer Leverkusen. 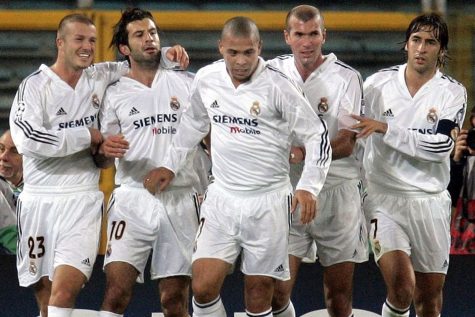 Every era in soccer has to end and that’s when the year 2009 came and changed the club forever.

The best player at the time was Cristiano Ronaldo and he was playing for Manchester United in 2009. Many news outlets reported that he wanted to transfer to Real Madrid since it was his dream to play for the club and to win many titles there. He signed a world record fee of €94 million in the summer of 2009. Madrid also sign Karim Benzema, Kaka and Xabi Alonso.

To me it seemed that Real Madrid was forming a new era of dominance in Europe and it all began with Cristiano Ronaldo. The manager at the time was Manuel Pellegrini and unfortunately his time was short there. Real Madrid quickly decided to hire Jose Mourinho who was consider one of the best coached in the world in the past decade.

In his second season he’s won the league with thirty-two wins and two losses. Many news organizations were surprised on how Real Madrid won the league with that number of wins but were spectacle on their playing style. The Real Madrid board and Mourinho mutually decided to terminate his contract since he wanted to return to England and manage Chelsea. What I think what was brilliant of Mourinho being at Madrid was the players that he brought that the media was criticizing. For me the key was bringing in Luka Modric who at the time was considered the worst signing for Real Madrid. He changed the way the midfield worked and it helped Madrid change their style of play. 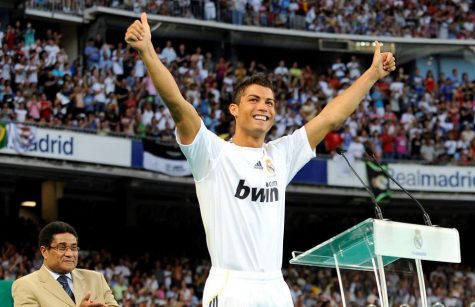 In 2013, a new manager came to Madrid who changed Real Madrid forever. His name was Carlo Ancelotti. His biggest change to the club was bringing what was considered at the time the worlds expensive player, Gareth Bale.

In his first season, he scored a pivotal goal in the Copa Del Rey final against Barcelona that got the world in awe when he ran off pitch and caught up to the Barcelona defender and scored the goal. Many critics talked about Bale on how he came from England to play in Spain while not learning the language. I like to say let the player show what he’s capable of for the team. The team played a really good Champions League season and went to the final against their crosstown rivals Atletico Madrid and were losing by one goal until the 93rd minute. Sergio Ramos stepped up and scored a header and the crowd went bonkers. We’ve never seen a late goal in a Champions League final like that and it motivated Real Madrid to score 3 more goals and finally achieve their 10th Champions League in their history.

After the 2014 World Cup, Ancelotti brought in Toni Kroos the World Cup winner, James Rodriguez the Golden Boot winner and for me the best keeper of the tournament, Keylor Navas. The 2014-15 season was good but they didn’t achieve any trophies but the FIFA Club World Cup and the UEFA Super Cup. I didn’t see much of that season but it was still entertaining to watch the highlights and saw that team was still growing. In the 2015-2016 season, Rafa Benetiz’s came to Madrid and started playing a different playing style than the previous year’s Madrid played. He was unsuccessful the first couple of games and this came up to the fan’s attention and the presidents. The president decided to fire him. All the fans and myself were nervous and confused on who will be the new manager since we had the top managers in the world. To everybody’s surprise the person who become the new manager of Real Madrid will be nothing but the legend Zinedine Zidane.

Madrid‘s football changed how we look at teams competing in this competition. They can say that it’s possible to do this. In comparison to the Premier league of the 2015 2016 season, Leicester City won the Premier league and nobody believed in them. They showed hard work love to the game will get you anywhere.

The coach from Leicester one said if you put the work in, you work hard every day, you put your mind into the achievement, you will get everything done. I’m grateful enough to witness this era dominance than Madrid has done shutting up critics and showing that this team can do anything. Cristiano Ronaldo left Real Madrid in 2018 and the Real Madrid now is struggling to get back to their peak of winning Champions League and winning leagues. Zidane is still the coach after he resigned briefly in 2018 but is back to coach the team and led the team to win La Liga a couple months ago back after the restart from the Covid 19 pandemic.

As of now in October 2020, they are playing Champions League soccer, La Liga and they’re doing good but they still need get back on track. The president of Real Madrid has brought in some young players from the Academy and from around the world and they’re just starting to play at a professional level. What I will say about the critics is that you need to give the players and the coaches time when they start playing in a new league, new country, and new language. No new player will get it right away. I’m optimistic Real Madrid this decade will bring again glory and show the world why they are the best team in the world.