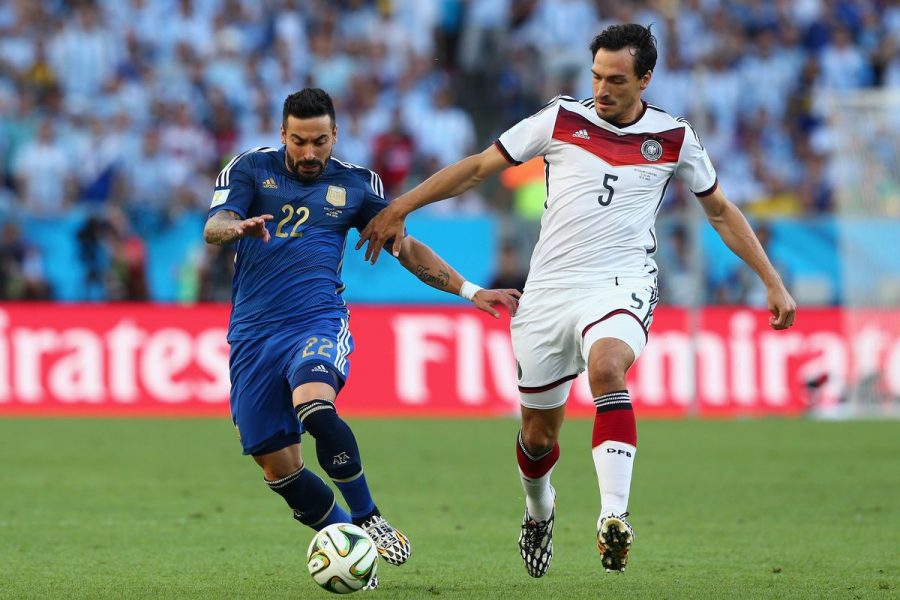 The FIFA World Cup is held every four years, and everywhere in the world, people tune in to watch their team fight their way to the final to win the trophy that declares them World Champion. There have been many historic World Cups over the last 80 years such as Pele, the Brazilian soccer player who won the cup in 1958, 1962, and 1970.

The 1986 World Cup was also iconic since Maradona, who no one knew, led Argentina to win the cup and became a household name. The 1994 World Cup was held in the USA. There have been so many World Cup tournaments held over the years, but one that I always remember, and for me, might be the best ever, was the 2014 World Cup.

Brazil had the right to host the tournament and it was the first South American country to host the tournament since 1978. This is the only World Cup that I remembered since I was older enough. I was in middle school, and the soccer matches were played in the morning, mid-day, and in the afternoon. It was also the end of the school year and surprisingly our teachers let us watch the games in class.

What made this World Cup so great was that every game was memorable. All the players from small countries played really well and the countries that weren’t looked at enough made it to the knockout stage.

I remember that my city was very diverse and many people were wearing their national teams’ jerseys and going to restaurants and bars to watch their country play. Living in the USA is different than living in the country your parents are from. My family is from Peru, and whenever their national teams play, it’s like the whole country comes together, hand-in-hand motivating their players to get them to win a game, and it’s like that for every country that participated in the World Cup. Every person in the country is watching the game; nothing else is on TV.

Here in the USA, mostly everyone in the world is flooding the streets supporting their country and it’s really beautiful to see how diverse this country is. Especially in my city, where I see Italian and Spanish people mix in with Mexican, Japanese, and African people. 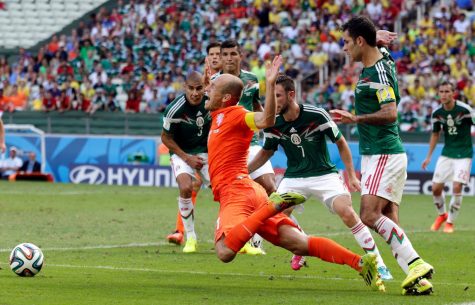 There were controversial moments from the games that are still talked about to this day, such as the Mexico versus Netherlands game and the Brazil versus Germany game. Mexico played against the Netherlands in the round of 16 to advance to the quarterfinals to face Costa Rica. Mexico was winning the match 1-0 until the Netherlands tied in the 88th minute. Then came a play that will always go down in history – a steal to the Mexicans, in my opinion. One minute was left in the game, and Arjen Robben was running into the penalty box, paused, and ran back when a Mexican defender was blocking him, which caused Robben to fall. The referee awarded the penalty for the Netherlands and scored to win the game, eliminating Mexico from the World Cup. To this day, many around the world claim that Robben took a dive (a term used in soccer when a player fakes an injury to give the impression to the referee that a foul was committed) so he could get a penalty for his team. 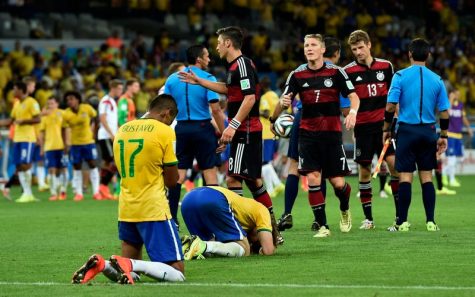 Another incident was the semifinals match between Brazil and Germany to see who would qualify for the grand final of the World Cup. Both teams qualified and nobody in the world missed this match. I remember being home and rooting for Brazil to win until the unthinkable happened. Germany defeated Brazil at their home turf by seven goals. Brazil was in shock and many of the players were sobbing after the match begging for their supporters to forgive them. That night, the streets were flooded with fans, and havoc was wreaked in Brazil.

During every World Cup, you never know what will happen. Big teams could fail and small teams can be successful. It’s the only tournament in the world that will blow your mind