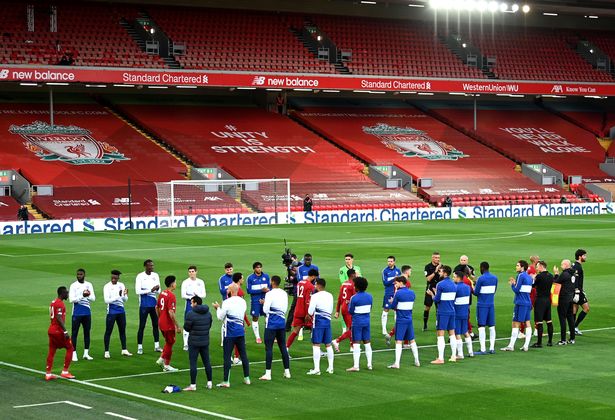 We’re living in a crazy time right now. Just one year ago, no one would’ve imagined a virus taking over the world. At first, when I heard about the outbreak in China in December of 2019, I really didn’t care about it because we’ve always heard about outbreaks in other parts of the world like in Brazil and Africa, and they never really got so extreme that they affected us the way this one is now. Three months after the first case was confirmed, the world was changed forever. Gatherings were called off, affecting the sports world as well as the rest of the world in general.

Most of the competitive leagues in the world stopped playing for months and most of the world’s most renowned teams were losing money, and players’ salaries were reduced. It angered players greatly.

In Europe, most of the soccer leagues started playing again, but the stands remained empty of fans. It was interesting to see how these games were played without them because what makes soccer so great is the emotion and passion that fans bring to stadiums to support their teams.

When soccer returned to television, it was really awkward to see how these big stadiums that are known to be filled with supporters looked like ghost towns. Europe was the earliest to return public sports games to the world. The only thing you can hear during these games is the shouting of the coaches, the players, and conversations that would otherwise never be audible on TV.

It’s been five months since players were available to play for their teams. In the United States, most sports returned by August, but it was a difficult journey for the leagues to be cleared to return because the U.S. had the highest number of COVID cases. The NBA playoffs took place in Disney World, Florida, and hosted the final where the Lakers won. T 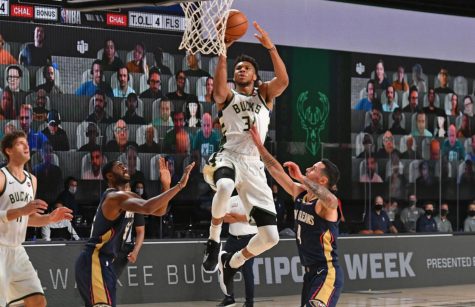 he MLB returned as well. They were in the middle of their season when they were initially canceled. The MLB had a difficult time because COVID cases spiked throughout the teams, which ended up canceling most of the games.

Some stadiums around the world including in the U.S. were letting fans back in with limited capacity, which, for me, personally, I think is a bad decision. The MLB hosted the World Series with fans back in the stadium and some were seen not wearing masks.

Fans should not be in the stadium until the pandemic calms down and when a vaccine has been distributed. Either way, when there is eventually a vaccine, the league organizations should let their fans in little by little until it’s safe and there are no more COVID cases, which may take a while.

Fans have shared their frustrations on social media, pleading for teams to reopen games to the public so fans can support their teams like they used to, but the teams don’t make those decisions – that’s up to each league’s respective organizers.

Sports media has done a good job making sure viewers are still enjoying games and engaging as much as they can under the circumstances. Some TV networks are bringing in a new feature through their channels that allow people to choose whether or not they want to hear crowd noises in the background during sporting events. They are using taped recordings of older games where fans were chanting and celebrating. Adding this optional feature to the current games makes it feel more like the atmosphere fans are used to and miss so much.

Primarily in the U.S., many sports organizations are using Zoom calls to feature fans on TV to show their support. In the NBA, there are many fans that virtually attend the games via Zoom and are projected to the big screens at the stadiums. Many people pay to see themselves on television during the games.

This is what we have to get used to because it will be a long time until we see stadiums at full capacity again. Many of America’s great sports are letting fans in now, but this could lead to problems since in-person interactions are almost impossible to avoid in places like stadiums. Not only are fans putting themselves at risk, but they’re also putting the stadium workers and athletes at risk, and without them, there wouldn’t be any games at all. 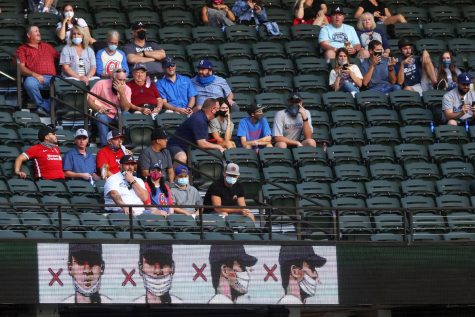