When Is Enough Actually Enough? 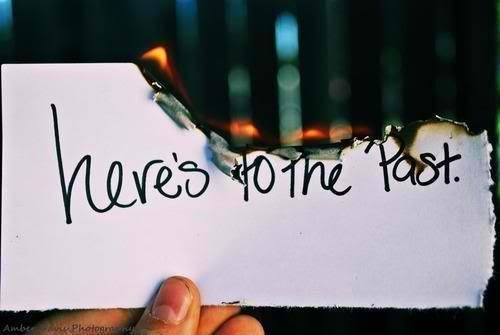 Everyone has, at one point in time, found themselves in a situation where they say, “This is the last time.”

And ultimately, they end up going through the same process several times before a lesson is ever learned, if one is ever learned. So how many ‘last times’ do you have to go through before enough is enough?

If there’s one thing I’ve learned about life, it’s that people are always going to let you down. Disappointment is inevitable in relationships of all forms. As humans, we’re guilty of putting people on a pedestal, and the longer they go without any mistakes, the higher we place them, and the more entangled we become in an illusion of perfection.

But as we all know, the façade never lasts, and those true colors always bleed through to the surface. So begins the never-ending cycle of “I’m sorry,” and, “please give me another chance.” And although we know that apologies these days are about as thoughtful as getting a pair of Crocs for Christmas, we still accept it and forgive anyway.

Do we forgive too much and too easily? Forgiveness is something that should be earned, not handed out like business cards. Still, we let those we love get away with hurting us time and time again. Within the last few years, I’ve learned a lot about myself through the relationships I have with people and the things I let them get away with. I have a tendency to gravitate towards those who give me a great deal of problems, and of course, in the end they’re forgiven every time.

It’s sad. Being forgiving and having a big heart are great qualities to have, but in a lot of situations, they feel more like a curse. No one tells you that being nice is one of the easiest ways to have people take advantage of you, that’s something you have to learn on your own. And as much as I hate bitchy girls, I must admit that I’m envious of their ability to let go and move on so easily.

Maybe the hardest part of letting go is actually following through with it. The people in our lives become part of our daily routines, so is it possible that we have such a hard time cutting people off because we’re afraid of change? Or is it that we’ve already invested so much time and energy into these relationships that we’re not ready to give up on them? Regardless, we can say we’re done with someone a million times and still find ourselves texting them “I miss you” at 2am.

These days, it’s more of a battle of who will cave in and contact the other person first. The second a relationship ends, the countdown begins. But, missing a person is one of the worst feelings someone can experience, so is it any wonder we forgive so easily? How are we supposed to move on when we’re constantly reminded of how much we miss someone with the ache in the pit of our stomachs and the feeling that something inside of us is absent?

Letting go is a try, fail, try again sequence, and breaking free from the cycle seems like a pipe dream. We want to believe in the good in people, and that change is possible, but the truth is you can’t change anyone. That’s the hardest lesson to learn. People are who they are, and they shouldn’t have to be apologetic for that or change for anyone. It may take some time, but eventually we come to understand it.

In my experiences, I’ve learned that once you become enlightened with that, you become empowered. And suddenly you’re equipped with everything you need to cut someone off and be done with them for good. Long nights without them get easier, the urge to text them dies off, and one day, they’ll disappear from your mind when you’re laying in bed unable to sleep.

The road to letting go may be long and full of complications, but one day enough will finally be enough.