Feminism Is Here to Stay 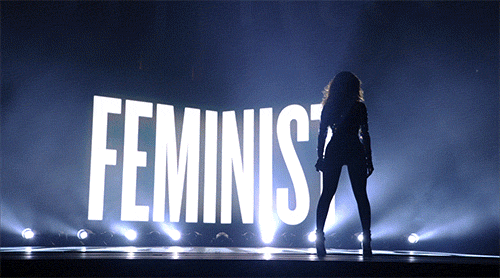 If you were to ask someone ten years ago what a feminist looks like you would probably have recieved an answer somewhere along the lines of, “a fat lesbian with a short haircut and hairy armpits who hates men.” And based on an answer as ignorant as that one, it’s quite clear why feminism was, and still is, so desperately needed.

Thankfully, with feminism back on the rise, the inaccurate stereotypes of what a feminist is supposed to look like and believe in have begun to dissipate. To clarify for anyone who still doesn’t seem to get it: a feminist is anyone, male or female, who believes in equality between genders. That is, politically, socially and economically, and to set the record straight, feminists do not hate men. We would just like equal treatment and opportunities, and to be held to equal standards.

I am increasingly grateful for the way gender equality awareness has skyrocketed within these past few years. Finally, the stigma of being female has died and is being replaced with strength and a force to be reckoned with. But throughout this growth, I’ve noticed something truly disappointing and frustrating within the female community. Lately I’ve heard things from women claiming that feminism is “just the latest trend.” Well, I’m here to let you know, that feminism is here to stay!

I would like to enlighten you as to why, as a female, you should care about feminism and join the fight for gender equality.

As a woman, you can have the same job position as a man and get paid less than he. As a woman, your chances of getting a promotion to a high power position are much lower than that of a man with the same job as you, and the reasons for why your not receiving that job will somehow be along the lines of “what happens if she gets pregnant?” Or, “she wont be stable during the weeks she has her period.”

As a woman, if you ever get raped, some will use the excuse that because you were wearing something “provocative”, that you deserved it, and if you were drinking at the time, then the excuses get even worse.

As a woman, you will be judged based on the number of people you sleep with, and if you surpass a certain number, you’re automatically labeled a slut.

As a woman, your body is everyone else’s business and property.

As a woman, if someone you love abuses you, it’s assumed that you probably did something to deserve it.

As a woman, you’re expected to have sex with your significant other, when they want it, even if you don’t want to.

As a woman, you are expected to do certain jobs around the house like cook, clean, take care of the children, and, aid to your husband’s every want and need.

As a woman, anything you do that a man finds threatening will be punished.

And we need feminism because we live in a world where we teach girls never to leave their drink unprotected, never walk by themselves at night, and to always carry something for self defense, instead of teaching boys that no means no, a drunken yes isn’t real consent and that a sexy outfit isn’t an invitation.

We need feminism because someone like Elliot Roger can go on a murder spree, killing several women for “rejecting him” (keep in mind, he never actually approached any of these women), and still get support and empathy from men claiming that the girls “deserved it” because rejection is tough.

We need feminism because a woman like Hilary Clinton running for president in 2016 is being criticized and her abilities questioned based on the excuse that she is a new grandmother and may not be able to do her job, while at the same time, no one questioned Mitt Romney’s ability to do his job when he ran for president in 2012 while being a grandfather of over twenty kids.

We need feminism because Beyoncé can dedicate a portion of her legendary MTV and VMA performance to feminism and gender equality, and in response receive harsh backlash from viewers claiming she was wearing too revealing of an outfit and being too sexual in her dancing, instead of focusing on, or allowing themselves to be enlightened by, the message she was trying to portray.

So long as women are treated unfairly based on the idea that they are inferior to men, feminism is necessary.

For those who believe that feminism is just a trend, I would like for time and progress to prove you wrong. Women have finally been given the opportunity, the voices and the resources to speak up and stand up. And now that we have it, we’re not giving it up until we have what we came for: gender equality.