The Will To Live 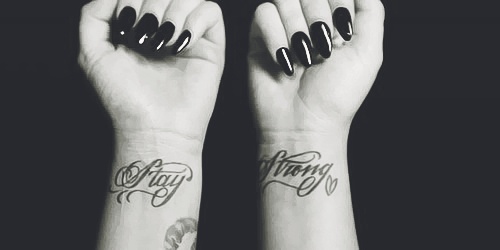 I’ll always remember the day my brother graduated high school. I stood in the stands, screaming at the top of my lungs and clapping until I couldn’t feel my hands when I heard his name being called. But who wouldn’t be proud of Justin? He had incredible grades, he was intelligent in every way imaginable, and he was liked by everyone.

All I could think in that moment was how I hoped that when the time came for me to graduate, I could make him as proud of me as I was of him.

It was known throughout my family that I had been struggling with depression and anxiety for a long time. Years of therapy and treatment plans were finally showing signs of improvement, but made it really hard to feel like a normal teenage girl.

Being 17 years old is already hard enough as it is. Pimples, low self esteem, college applications, deciding what to major in, trigonometry, and stupid boys all in one year? It felt almost impossible to deal with, but I was determined to do it. If Justin could do it, I could do it too.

However, that day never came. I graduated, of course, but he never got to see it. On Nov. 18, 2010 my brother took his own life a week before his 21st birthday, and months before I would ever leave high school.

This is the time of year that I try my absolute best to avoid any talk of suicide. But of course, just like every year, it has proven to be an impossible task. In class, on tv, in everything I read there is constant talk of suicide. As if I needed a reminder.

On Tuesday, it will be four years that he’s gone, and instead of doing everything in my power to run away from the topic, I’ve decided to talk about it. Not just for my own personal healing. I’ve had a lot of time to do that, but to tell everyone who reads this that it gets better.

What started with a search on Google led me to a man named Kevin Hines, one of the 34 people to survive the 220-foot drop off the Golden Gate Bridge, and there was one thing he said about his jump that left me breathless:

“All I desperately wanted to do was survive.”

Reading that, I wondered how many of the 99 percent that jumped and didn’t make it realized on their plummet down that they didn’t want to die.

Losing someone to suicide raises millions of questions. How long was he suffering? How didn’t I see it coming? Why didn’t he say goodbye? How could he leave me like that? Didn’t he know how much we love him?

But never until reading about Kevin Hines did I ever ask myself what is easily the most frightening and heart breaking thought to cross my mind: was there possibly a moment before my brother’s crash that he realized he was making a mistake?

I’d like to think that suicide is 100 percent preventable, but is it only possible if there is still a will to live left in the person?

There have been many times in my life when I wanted to die. Not because I didn’t want to live, but because I was tired. Mental illness is an every day fight, and eventually there comes a point where you just don’t want to fight anymore.

Death means no more meds, no more doctors, no more every day battles against inner demons that eat you alive inside out. And sometimes, anything that can make it all stop at once seems as good as being “normal.”

I had come a long way since first diagnosed with depression, but I was in no way in a good enough mental or emotional state to handle losing the only person I’ve ever looked up to. The first best friend I’d ever had was gone, and I didn’t know how I was going to survive knowing that he wasn’t ever going to come back.

But the day I watched my brother’s casket get lowered into the ground was the day I decided I was done being a victim of my disease.

I wasn’t just going to live.

I was going to survive.

For the both of us.

Since that day, I’ve accomplished more than I ever expected to. I’ve been taken off meds. I stopped needing to see a therapist. I fell in and out of love. I went to Italy. I went to college and am actually doing well. Now I’m making plans for grad school.

But most importantly, I’m happy.

To say there weren’t moments of relapse would be a lie. I’ve experienced times of weakness and vulnerability, but what person doesn’t? It is human nature to fall down sometimes. Life isn’t easy. But what’s important is making sure life doesn’t keep you down.

When I was younger, I found a lot of comfort in rock bottom. There was a little spark in me that wanted to fight, but it was just so much easier to be defeated and because of that, I spent so many years in darkness.

If I’ve learned anything from my own experiences, and losing my brother to his experiences, it’s that strength isn’t easy to come by. But it can be obtained, and once you get it, it’s hard to lose.

At 15, I never expected I would someday be close to graduating college, let alone living long enough to do so. And now I’m here only a few months away from having a bachelor’s degree in psychology, hoping to help young versions of me and my brother.

For as long as I live, I will forever have the look on my father’s face branded into my memory when he told me my brother was gone. I will forever remember the sound of dirt and rocks hitting my brother’s casket as we filled his plot. I’ll remember the last time my brother told me he loved me. And I’ll remember having my name called at my high school graduation, seeing thousands of people in the audience knowing the one person I wanted to be there never would be.

But most importantly, I will always remember that I am a survivor. Nearly 40,000 people take their lives in the U.S. every year, and there were several times when I was almost a statistic.

Today, I am almost 22 years old and have made millions of choices throughout my life, but deciding to live will always be my best one. 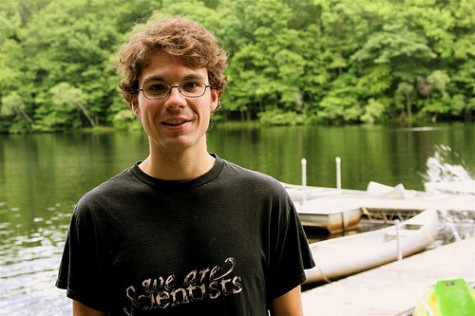 To my favorite person in the entire world:

I miss you, and love you endlessly.