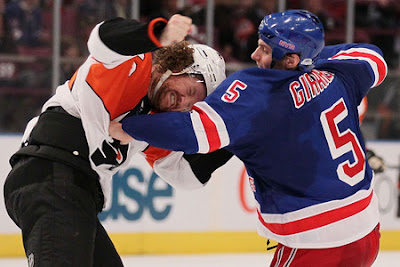 Chayim Tauber, Sports Editor
New York is known as one of if not the best sports-town in America.
The Daily News, the New York Times, hell, even the New York Post is taken seriously as far as their sports is concerned.
We have two 24/7 sports talk radio networks.
ESPN has a section, columnists, and website just for their New York demographic.
This town has had four different professional baseball teams win the World Series. The Yankees being the most decorated franchise in sports history.
The Giants are one of the original football franchises, one of the greats. The Jets have Broadway Joe and Super Bowl III.
The Knicks: Willis and Clyde, Starks and Ewing, the Jeremy Lin show. They have always dominated Madison Square Garden, taking a backseat on occasion to boxing only (Marciano v. Louis for example).
Shit, even the NY Liberty were extremely popular for a while (back when T-spoon and Rebecca Lobo were running the show).
There is one team in New York that is in first place. 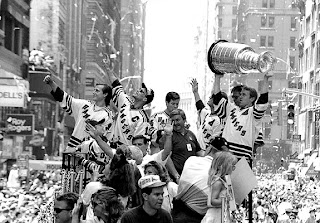 One team that is the hottest team in their respective league and atop the Power Rankings in their sport.
First it was the Giants and the Super Bowl. Then Super Lintendo came along. What now? Pitchers and catchers?
The New York Rangers are the ugly ducklings of New York (sure, the Islanders more so but they suck and Long Island is NOT New York).
They won the Winter Classic. They were featured on 24/7. They have the top goaltender in the NHL. They are easily the most stylish team in the league. They had all-tabloid team member Sean Avery, then cut him. They’re leading not only the Atlantic Division, but the entire Eastern Conference and just 1 point behind the Red Wings (with three less games played) for the best record in the NHL.
And who’s talking about the Rangers?

I’m just as guilty. It’s not just ESPN that ignores the Rangers unless there’s a Lundqvist save to put on top 10.
Who in New York would recognize Michael Del Zotto, Ryan Callahan, Ryan McDonagh, or any of the Rangers – other than maybe Lundqvist – if they were passed in the street? Now, who wouldn’t recognize Justin Tuck, Brandon Jacobs, or Victor Cruz?

The first aspect that alienates hockey is the price tag that comes with it. Certain demographics are never given the opportunity to learn the game because of the expense that comes with the equipment, the rink, and all of the amenities. Soccer is the world’s most popular sport because of how cheap it is: all you need is a ball. Basketball is popular in the inner city for that same reason. A ball and a hoop is all you need. Not so for hockey.
The other strike against hockey is that it isn’t an American game. Basketball belongs to Mr. Naismith, America is the only country to play football, and Baseball is as American as the flag. Hockey? Hockey is Canada’s sport. Hockey is Russia’s passion. It is our fourth sport. It’s an afterthought. Even during the NBA lockout, people had forgotten that there was a sport other than football going on.
The Rangers can’t do any more than they’ve been doing to change that. They’re doing all you can ask of a team – winning. The Rangers suffer the curse of playing a huge sports town, and of playing this countries least sexy sport, and not being sexy about it.

New York cared about the ’94 team but they were a sexy bunch. Messier, Graves, Leetch, Richter, Gartner (for a while). They had stars and they were a sexy team. They were Broadway. This team is the opposite. They are un-sexy. They are do-able but not hot.
The Rangers pride themselves on their gritty, workman-like identity. They block more shots than any team in the NHL. They have the league’s fifth best penalty kill, they fight more than any other team (despite having only one true heavyweight in Mike Rupp- 2 if Stu Bickel’s on the roster – and a middleweight in Brandon Prust). They win most of their games 2-1 or 1-0. They are not a high scoring team. In truth, they only have one bona fide scorer on the roster. Michael Del Zotto is amongst the league leaders in plus minus and the layperson doesn’t even know his name. Ruslan Fedotenko is the paradigm of understated. Of unsexy. He is the perfect metaphor for this Rangers roster: understated, un-sexy, unappreciated, and yet, a two time Stanley Cup Winner.

The Rangers are in the NHL hot stove with both feet. There’s rumors of them pursuing Columbus superstar Rick Nash. If the Yankees were going after Prince Fielder, you better believe it would be not only the cover of the sports section but probably the front page too.The Rangers are going to have to win it all to get their due from New York because frankly, New York is too busy being infatuated with all of their other teams. With the Yankees, the Mets, Super Bowl Champion Giants, the big-mouthed Jets, with Linsanity and the Knicks. The Rangers have to scream from the top of their lungs to get our attention. This is not Toronto. We are new to hockey. The Rangers have been around forever and there fans are as diehard as any, as historically inclined and tradition-rich as any but they are a strong minority. 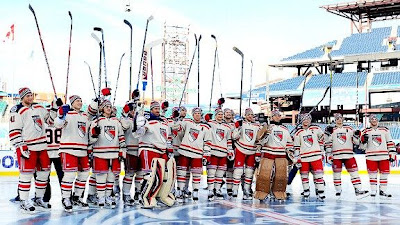 The Rangers deserve the limelight the way the Knicks of the 90’s did. There teams were incredibly similar. They both have/had the high-profile and dynamic coach, both teams rely on their one superstar to carry them, both teams call Madison Square Garden home, and both were/are blue-collar, hard working, dirty, grimy, hustling teams. They won/win ugly. The difference is, those 90’s Knicks were admired, revered, and beloved by New York as a team that captured the essence of New York. The attitude and the spirit of the greatest city in the world. It’s time we give these New York Rangers that same respect. They’ve earned it.