The End Gets Closer 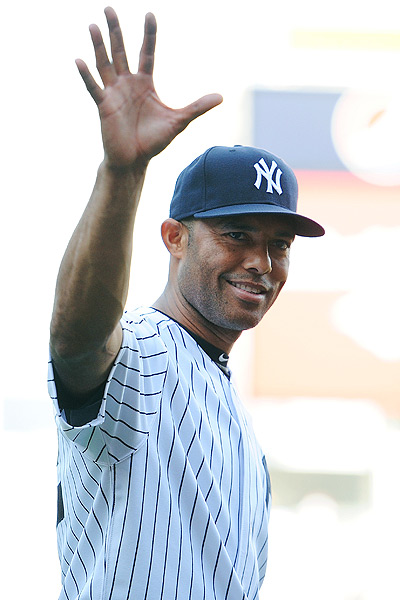 Yesterday I found out that Santa wasn’t real, that the tooth fairy was a fraud, and that the Easter Bunny was invented. I discovered that Superman actually does have a weakness. I saw my father, indestructible, cry for the first time.
There have been many bad moments for Yankee fans: The end of the 2001 World Series, the 2004 ALCS, Kevin Brown/Randy Johnson/Javier Vasquez/AJ Burnett additions, every pitching import not named El Duque…. but yesterday was the worst of my lifetime.
“I get the ball….I throw the ball….then I take a shower” was how Mariano Rivera described his job on an episode of Kids on Deck. The last man to wear #42, the only man that Roger Clemens referred to as “the equalizer”, the man who Goose Gossage called the greatest of all time is much much more than just a man:he’s a living legend.
Mariano Rivera was a skinny Panamanian when he got called up to the big leagues in 1995. Baseball America had him ranked as the Yankees ninth best prospect at the time, a starting pitcher consistently clocked throwing 88-91mph with very average stuff. Seemingly overnight, the radar gun jumped and Mariano would be clocked at a consistent 95. “An act of God”  Rivera would call it. That’s the same explanation he gave for his patented, world famous cutter. He was just having a catch in the outfield and the ball started darting to the left. “An act of God”.

Mariano’s cutter is arguably the single most dominant pitch in the history of baseball and he’s been utilizing that one pitch for 15 seasons now to cement his role as the greatest of all time. But he’s so much more than a pitcher who dominated. His calming presence on the team is the first thing former manager Joe Torre mentions. The respect he shows everyone, his humble demeanor is what had Joe Nathan calling him the most respected player in the league. Hall of Famers gush about him and even Rachel Robinson, Jackie’s widow, has said that there couldn’t be a more perfect person to retire her late husband’s number than Mariano. The man is peerless, utterly without fault. 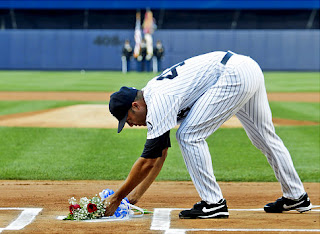 Mariano Rivera’s career (1995-current) coincides directly with baseball’s steroid era. Mariano has been sent out to the mound, the Yankee Stadium mound no less, in the media capital of the world in front of the most bombastic and demanding of bosses and slay one giant after another. He was to stand on his little mound of dirt armed with just one pebble and face down a thousand Goliaths and he did just that. That one pitch has made every cartoon-character looking behemoth look mortal. Former Twins Manager Tom Kelly waved the white flag after a game in Minnesota telling reporters that “We don’t want to face him any more. He’s too good. He belongs in a higher league. He should be banned from baseball.” Twins superstar Joe Mauer called Rivera’s stuff “unfair”. It is inconceivable that in this era, where every scouting report is available, there are hundreds of charts, graphs, and a myriad of technological advances readily available to catch the hitter up to a pitcher’s tendencies; in an era where batters would biologically enhance themselves into hitting machines, that one gangly, skinny Panamanian can stand on the mound, flex his left knee as he comes set, and throw exactly what the hitter is expecting: for an out. 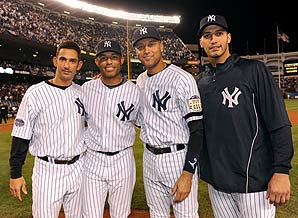 Not hard enough to imagine? Try this: To be a member of the Yankees “Core Four”, (a group that includes the all-time winningest postseason pitcher and winningest pitcher of the 2000’s, a member of the 3,000 hit club who will go down as one of the greatest Yankees of all time, and one of the greatest hitters at their position in the history of baseball) and be considered the most valuable of them all. Mariano Rivera was the one piece that the Yankees could never afford to lose. Almost to a man, the Joe Torre Yankees don’t think they win four World Series without “Mo”. To be in the same fraternity as a Derek Jeter and surpass him in value is so ludicrous that it’s laughable.
And if that’s not hard enough to imagine, try this on for size. Imagine there was no Yoko. Imagine John gets shot and you now have to replace the seminal piece of the Fab Four (not the most popular, Paul gets that distinction). How can anyone expect to fill the shoes of John Lennon, the man who came to the United States with his three friends and set the country ablaze? The man who was practically the face that launched an anti-war movement? I’d rather be that guy than the guy who has to replace number forty two. 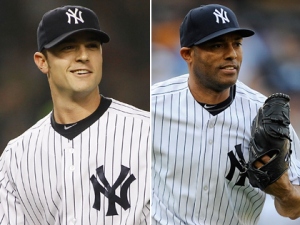 “If my life depended on it – if my daughter’s life depended on it – I’d want Mariano Rivera closing. Wouldn’t you?” ~ Alex Rodriguez
David Robertson is in all likelihood going to be the man tabbed with the task of taking Mariano Rivera’s place this season. Take nothing away from Robertson, over the last season or so, he’s been arguably the most untouchable reliever in all of baseball. He gave up as many total bases last season as Josh Johnson to tie for the league lead; Johnson of course only pitched in nine games.

The sense of relief that permeates the Yankee clubhouse isn’t quite the same. The buzz in the crowd that they’re getting to see history live, something akin to watching Babe Ruth at the plate or Satchel Paige on the mound, is no more.
Mariano hinted before the season started that this could be his last season. This was to be his farewell tour. The last chance for the game to get a chance to glimpse a hero and thank him. In the midst of the 2009 World Series, then-Phillies reliever Ryan Madson’s take-away from the Series was what an honor it was to be on the same mound that Mariano Rivera was just on.
Mike Lupica might said it perfectly. “There is Monument Park great, with the New York Yankees, and there is Monument great. Mo Rivera has been Monument great.” 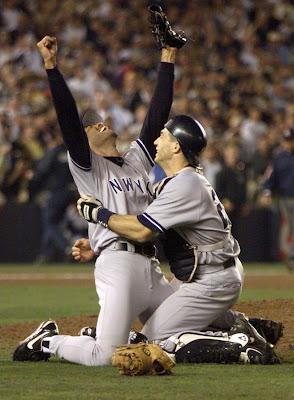 Number 42 isn’t ready to be  re-retired in the Bronx. One of the game’s greatest ambassadors, one of it’s most respected people, and single most automatic reliever (and arguably the greatest pitcher) of all time has earned the right to walk away from the game on his own two feet, rather than carted off on one. 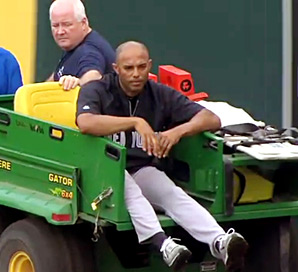