When Self Defense Becomes a War Crime 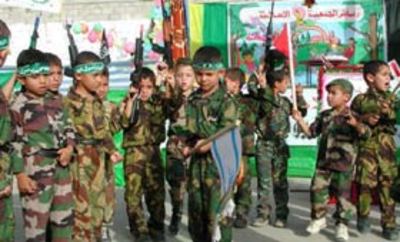 In the last 12 years, Hamas, a terrorist organization that was elected to Palestinian parliament, has fired more than 12,000 missiles. In the past several weeks, over 650 missiles have been fired into Israel; over two hundred have been intercepted by Israeli’s Iron Dome missile defense system according to Brig. Gen. Yoav Mordechai. Hamas has declared war on Israel and promised to “open the gates of hell.”

That party that’s recognized as a terrorist organization was voted seats in parliament is disconcerting in and of itself. Even more alarming, their charter openly references the Protocols of the Elders of Zion (a document long-ago decried as an anti-Semitic forgery) and calls for the destruction of the Jewish people. In addition to the charter, leader after leader have stood at a pulpit and blamed the Jews for both world wars, every major catastrophe in the history of the world (Marwan Abu Ras can be credited for that nugget), and have called for future holocausts and the utter annihilation of the people.

Though missiles have been fired into Sderot (an Israeli city located in the southwest region of Israel) daily for the past several years, concern intensified this week when Israel assassinated Hamas’s military commander Ahmed al-Jabari in an air-strike as he was driving in his car. al-Jabari is considered responsible for nearly every Hamas attack in Gaza over the last twelve years, including the highly publicized kidnapping of Gilad Shalit.

Israel called the strike the beginning of Operation Cloud Pillar; an initiative undertaken after a missile reached an attic in Kiryat Malachi a week ago that killed two men, a woman, and severely injured a baby. Operation Cloud Pillar was then launched to destroy Hamas missiles and deter further attacks. In the strikes, Israel managed to destroy at least 70 rocket-launching pads belonging to Hamas and Islamic Jihad (as of Friday Nov 16). Dozens of long-range rockets were destroyed, including Fajr-5 missiles. The destroyed rockets and missiles had a range of more than 40 kilometers and would be putting millions in Tel Aviv, Israel’s economic backbone, in danger.

Hamas responded by launching missiles on that have reached as far as Tel Aviv (the first time Tel Aviv has been reached by missile since the Gulf War). Egypt has contacted the UN to complain of Israeli “war crimes” and the UN, as it has so often in the past, has condemned Israeli violence.

If a single bomb was dropped anywhere in the United States, we’d have bombed the hell out of the offenders and would be “helping stabilize their new government” within an hour. When there was a threat of moving a missile base to Cuba, we nearly started a nuclear holocaust. And yet, 750 missiles have been fired into Israel in the past year without so much as a peep out of the UN until Israel returns fire. In what world is “turning the other cheek” the primary policy for a country’s defense? The UN and global expectation of Israel seems to be that the proper Israeli response would be something along the lines of “thank you, may I have another?”

Collateral Damage is obviously the most heartbreaking and unfortunate part of any war and it’s awfully apparent that both sides understand that though what it is they plan on doing about it are on opposite ends of the spectrum.

Here’s a video of the Israeli air strike that killed al-Jabari.

It was a precision air-strike that targeted the specific car al-Jabari was in and blew it up. The juxtaposition between this strike and the Palestinian ones; bus bombs, suicide bombs in malls and hotels as well as missiles into the heart of Tel Aviv, is a stark one. The obvious goal in blowing up a hotel on a holiday or a mall is to maximize civilian casualties. You’d be hard-put to paint the Israeli attack on al-Jabari with the same brush.

To those that would claim (as I’ve heard done many-a-time) that this is the oppressed Palestinian’s last option – I would counter that if you think attacking and murdering civilians is an option, you’re in for a rude awakening. If there’s one thing Israeli Prime Minister Benjamin Netanyahu has made clear on multiple occasions, it’s that he is unwilling to allow his people or his country to be attacked any longer.

A major sticking point for those that condemn the Israeli strikes are statistical; namely, the death toll being highly disproportionate and the destruction of several mosques. The Palestinian’s claim that Israel attacks women, children, schools and hospitals. Sadly, this oftentimes appear to be the case though reports from New York Times journalist Steven Erlanger, the Israeli Government, the Intelligence and Terrorism Information Center, and Human Rights Watch provide evidence and testimony that Hamas has been using its citizens (women, children, the elderly, and the sick) as human shields to deter Israeli attacks and to sway public opinion in their favor. A report was submitted to the UN in 2006 regarding this issue.

There have been several examples of Palestinian media manipulation since the beginning of this latest bout of violence. Glenn Beck called them to task for a photo that had been circulating of a father carrying his injured child through a hospital. The photo in question was three weeks old and was taken in Syria where the ongoing civil war was labeled the culprit for the boy’s injuries. There have been several such examples over the past few weeks. The following video is  60 minutes expose from back in 2006 illustrating how the media is manipulated by the Palestinians.

Here’s a more recent example that aired the other day on BBC. Yet another example of the “Pallywood” phenomena that has so shaped the media portrayal and the world view of the Middle East conflict.

Though the lies have certainly done their part, FACTS need to be analyzed as well.

In 2005, Israel withdrew from Gaza in accordance with Ariel Sharon’s “Disengagement Plan.” Approximately 8,500 Israeli settlers gave up their homes and relocated (or were forcibly removed from their homes by Israeli soldiers) in an effort to eliminate Palestinian attacks and reduce the threat in the region. Then-Finance Minister Benjamin Netanyahu resigned over the plan because it did not demand reciprocal concessions from the Palestinians.

Flash forward: Hamas has full control in Gaza. Prime Minister Benjamin Netanyahu is forced to protect his people from the constant threat and frequent stream of rockets that has been launched from Gaza for the last 12 years. A situation Israel is currently in because of their desire to achieve some sort of an accord, and to assuage the global pressure that had labeled them “oppressors.”

They then decided to initiate Operation Pillar of Defense out of fear that Hamas had rockets of increased range and were far too large a threat to ignore. Since the precision strike that took out al-Jabari, Hamas has demonstrated that they have the capability to reach Tel Aviv (the economic and cultural center of Israel) and have had missiles in their cache with the destructive power to kill millions.

As a point of comparison, Hamas can reach 25 percent of Israel with their rockets. Here’s an idea of what that would look like if Mexico could reach 25% of the US with their missiles.

So, in all honesty, which part of this is a “war crime”? Self Defense makes you a war-hungry murderer? Forgetting the pardon that’s been given for the hundreds of missiles fired into Sderot over the past several years, forget the rocks being thrown daily, the fairly recent history of women and elderly strapping bombs to their chest and killing Israelis, the constant media barrage and propaganda that not only depicts Israel as modern-day Nazis but also indoctrinates their children into this “holy war.” (see below for a clip from a children’s television show)

There are pictures all over the internet of IDF soldiers carrying injured Palestinians and providing food and supplies. Good luck finding a picture of the inverse. On Nov, 18, 124 trucks of goods and gas were transferred to the Gaza strip via the Kerem Shalom crossing. Furthermore, after over 1,000 Israeli air-strikes, the Palestinian death toll was at 66; meaning that 94 percent of Israeli strikes produced 0 fatalities. Hardly the statistics one would attribute to war criminals, don’t you think?