Remote, But Not So Far Away 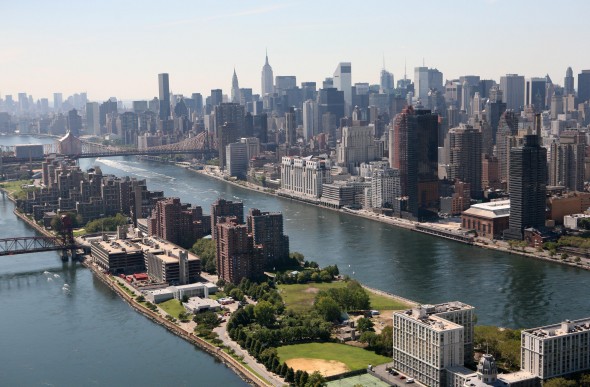 I’ve always had an interest in remote places.

What was it like to live so far away when everyone else in the world appeared to be so connected?

Places like Easter Island and the dreamy Tristan da Cuhna, which seems to be the epitome of slow paced easy living, offer plenty of time to actually reflect and enjoy the splendor of the world around them.

I got close to that remote feeling once. However, it was not on some tropical island in the middle of the Atlantic Ocean, inhabited by 250 people, and six days and 1500 miles away by boat from the nearest mainland city. Ironically, it wasn’t even a remote place at all. Living there my first year of college, however, I felt like I was in a different time and worlds away from everything.

Located in the middle of the East River between Manhattan and Queens, Roosevelt Island, the strip of land both next to and within a city, possesses the uncanny ability to take one away from New York without actually having them leave it.

For those who have spent a significant amount of time there, one becomes easily familiar with the feeling of being a million miles away from everything.

When I was younger, Roosevelt Island was a place I often visited with my family and loved, so given the chance to dorm there, and actually spend longer than a just a Saturday afternoon, I took it.

To say day to day life on the island took a long time to get used to, is an understatement.

With haste I settled into the unfamiliar quarters. They had been prepared for me by the overseers.  I now stood at the coast and watched and waved as my family began the journey once again across that great river. I did not want them to leave. Little did I know that in my days ahead, life would unfold as if I were watching a story write itself.

The island has an unprecedented number of inhabitants. I did not know if  I would be well-received. Believed to be over 10,000, like myself, there were others set to arrive that night.

Its  isolation, which is immediately felt, and size of about 2 miles long and about 800 feet wide, provide an easy foundation for routine on the island. This routine isn’t just limited to what one does every day, but what one sees.

It would be quite some time before I would get used to both.

I made my way inland. On my own for the first time, I headed toward what I believed was West and located the main road called simply, Main Street. After being separated from my loved ones, I was in search of some peace of mind. I passed the different structures that I remembered from one of my first trips to the island as a child. Somehow, they all looked different now, more pronounced. Many of the red markings on the front of them modestly indicated their actual function, rather than provided a proper name.

As I continued, between the structures a shadow was cast down the center of the road. It mimicked the melancholy that had begun to set in. I realized how long the months ahead would feel before I might see familiar faces again. I began to think I might never leave this distant place.

In time I would learn that the island had its quirks. It was affectionately called “Rosie,” and if one traveled on one of the red buses every day, they would see the same locals carried up and down the island as they moved between work and home. The locals are friendly, and though I am an outsider and homesick, they are welcoming.

They have this connection to something larger and it is inspiring. The feeling of seclusion that might befall one like myself unfamiliar with this new way of life evades them. Inexplicably, they innately understand their way of life is different, and see the beauty of the island that is realized with time and hindsight.

As night began to fall I decided to make my way back. One of the red buses was slowly approaching, headed for the dorms.

Even if my journey took longer than the four years predicted, and reflection not until the year 2017, I knew I’d be ok.

In the near distance, I could see the city lights twinkling.