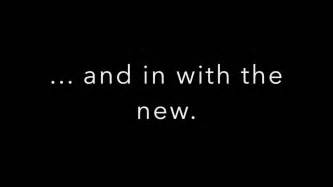 I’ve never been fond of bridges, some may even say that I had a mild case of gephyrophobia (yes, I did have to look that up). I’ve always been afraid of heights but for some reason, while crossing a bridge, it wasn’t even about that. It was about the unsteadiness that they brought to my mind. It was about the uncertainty I had about their structure.

How could they possibly support all of these cars?

I used to be certain that all bridges would crumble from underneath me.

That all changed on accepted student’s day at Mercy. Before I got accepted to this college, I was in an awful place. I was barely going to community college and had very little structure in my life. Before applying, I had never been to the Dobbs Ferry campus but I saw beautiful pictures online. I imagined myself studying by the Hudson and hanging out with friends underneath the beautiful fall foliage. I was attracted to the beauty that came along with being in Westchester County.

And it was just far enough away from my hometown that I could start over.

After taking the drive to attend accepted student’s day, I figured out that it would be an okay commute for me. I like driving so a 45-minute commute wasn’t really a deal breaker. But of course, I had to conquer the Tappan Zee Bridge before I could go anywhere. When I finally got close to it, I started to get very anxious. The only thing that kept me going was knowing that my future was on the other side of it. I had to do this for myself – I was tired of being stuck.

The Tappan Zee brought new beginnings and much needed change. It was a literal bridge into my new life.

While some people find it silly to become attached to inanimate objects, I can honestly say I have a connection with the good ol’ Tappan Zee. It’s the first bridge that I truly ever felt comfortable on and I’ve crossed over it close to a thousand times with ease. I have seen breathtaking sunsets on my way home from class and driven through walls of fog in the morning. I’ve made major life decisions while sitting in traffic on the bridge, two which involved changing my major. I’ve laughed and I’ve cried going over that bridge. The Tappan Zee became a part of my routine and a part of my life.

I never thought that I would see the day where the new bridge was finished. Of course, I knew it was being built, but I didn’t think I would still be a Mercy undergrad when it was completed. At the start of this semester, the new bridge was open going one way. That meant when I was going to school I could still cross over the old one and then going home I would be on the new one. It was a nice transition and sort of blended the old with the new in my life. I was very excited for the new bridge but wasn’t ready to give up the old one just yet.

Then one day not too long ago, the new bridge was open both ways. While I initially didn’t think much of it, a few days ago I started to realize just how much the old Tappan Zee meant to me. And even though it’s just a bridge, I don’t deal with change well.

The old Tappan Zee, was familiar and while it took me a little while to conquer it, I did it. It was something I accomplished and I was proud. But eventually things change and life has to move on.

Come this May, life will be moving on for me too. I will graduate and no longer have that comfort that Mercy brings to my mind. I will have to cross a new bridge and if the building of the new Tappan Zee has taught me anything it’s that life will move on with or without me. I will have to cross that new metaphorical bridge if I want to succeed and freely live life.

So, to the old Tappan Zee, thank you for everything you brought me. Thank you for helping me conquer my fears and being there for many major life decisions (and of course for not collapsing).

To the new Tappan Zee and all other bridges I will inevitably have to cross, please be full of beautiful sunsets.