I'm not weird - It's just my fibromyalgia 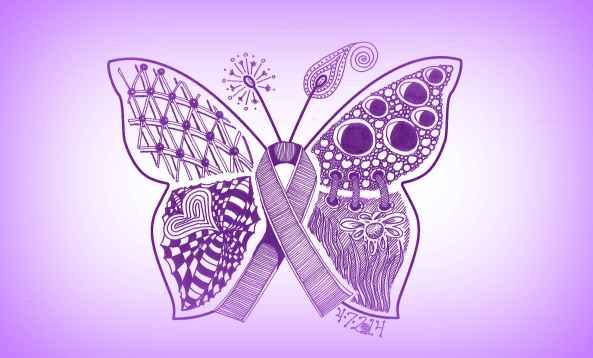 I was about 13 years old when I first felt the pain. It consumed my entire body – from the tips of my toes to the very top of my head – but it wasn’t a pain that I’ve encountered before. It was a mild yet very persistent pain that I had no idea how to control. It took over my life in the blink of an eye.

And, like any other lackluster teenager, I brushed it off. I was too worried about having enough time to do my thick, unflattering jet black eyeliner before school started, so I took some pain killers and went about my day.

But those pills didn’t work, and nothing has since.

“You just have growing pains,” said several doctors I saw about my indescribable pains.

I was even convinced that I had Lyme disease for a few weeks and almost began treatment until the tests came back negative. After various tests for other things, such as arthritis and bacterial infections, and what felt like hundreds of hours wasted at several doctor’s offices, I still didn’t have an answer.

For years I was frustrated and convinced I was simply cursed.

At the age of 15 I began to realize that the various doctors who told me I had “growing pains” were incredibly wrong.

“I’ve been 5’7″ since eighth grade. This doesn’t even make sense,” I would tell my family on a daily basis.

Then, from massive amounts of research into specialists, I received my answer.

I spoke with a new doctor, an older gentleman who specialized in muscle disorders, and within five minutes he interrupted our conversation.

He told me there wasn’t a definitive test but that I needed to put on a hospital gown and lay down on an examination table.

He then preceded to lightly touch almost all of my pressure points and it felt like he was punching me with full force in every spot. Every touch felt worse and I just wanted to crawl up into a ball. A tear slid down my cheek but I quickly wiped it away so he wouldn’t see.

It was difficult for the words to even come out of my mouth.

“Yup, you got it. You’re young, but you have it,” he said to me as I slowly got up from the table.

I didn’t know what fibromyalgia was at the time but I was crushed. I wanted to be a normal teenager and now I knew that was no longer possible.

That day changed my life forever.

Fibromyalgia is described as widespread pain and tenderness that is caused by over active nerve endings, but it is certainly much more than that.

While not all people diagnosed suffer from the same symptoms, my fibromyalgia diagnosis is accompanied by chronic fatigue, headaches, mood swings, and nervousness.

As you could imagine, being a college student with all of those conditions listed above is challenging. Some days I’m ready to take on the world and others I can barely get myself out of bed.

I wish I could send my professors an email saying that I won’t be able to make it to class because my fibromyalgia was acting up and I only slept for 20 minutes last night – but I’ve come to realize, life just doesn’t work like that.

I’m expected to function like a “normal adult” and sometimes I truly have to force myself. And even though it’s a physical pain, there aren’t any symptoms that are visible to the naked eye so some individuals have a hard time grasping what’s wrong with me.

“Why don’t you try some sleeping pills?”

“Maybe you should take a bath before bed so your body relaxes.”

Those are some of the various responses that I’ve received from friends, employers and even family.

News flash – my body can’t relax. And while a balanced diet and regular exercise helps to manage my condition, there’s still no cure.

As most of my friends know, I go to bed earlier than the average college student, but I certainly don’t get a good night’s rest. Because of the fibromyalgia, I can’t lie on one side or on my back for long before the pain starts increasing. This means, throughout the night, I have to keep switching sides to avoid that pain. I’m never comfortable – not even in my own bed.

The same goes for sitting in class. Several times an hour I either have to get up or readjust my sitting position. I’m not weird. It’s just my fibromyalgia.

And don’t even get me started with commuting. Sometimes my foot begins to hurt from pressing down on the peddles and then it begins to cramp. Even the most miniscule tasks become challenging when you’re suffering with fibromyalgia.

After dealing with this condition for years, I’ve gotten used to the pain and I’ve found a few methods of my own that minimize the pain. But some times are certainly harder than others.

I’m a fighter, and I always will be.