The Age of Fake News

Yes, I am going to be a journalist. No, I will not report fake news... 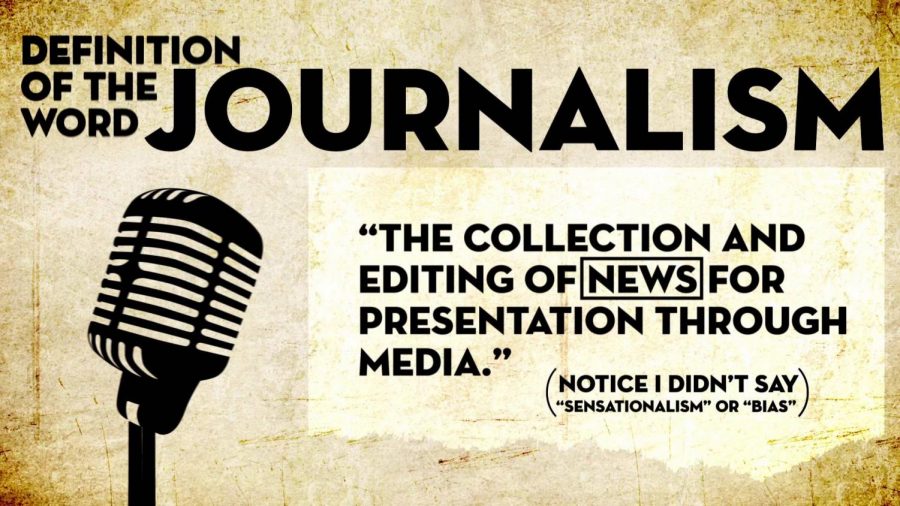 “Do you even need a degree for that anymore?”

“Isn’t it all just fake news?”

With a president who has started the fake news epidemic and is keen on bashing news outlets, these are the type of responses I get when I mention to people that I’m a journalism student.

From a young age, writing has always been my passion. I wasn’t always good at it, and of course I’m always learning, but I knew it would be a significant part of my life. I have dozens of notebooks filled with everything from short stories to simple diary entries, all from a young girl who would write until her hand started hurting. Once I got to high school, I decided to join the school’s newspaper and I immediately fell in love with everything that being a journalist had to offer. From finding interesting story ideas to the interviewing process and to seeing my name in the byline, I knew journalism was for me.

Luckily, I had an extremely supportive adviser who let me cover various issues, even ones affecting my town and school district. During my three years writing for the paper, I covered a controversial issue where my high school was ranked shockingly low out of all the high schools in New Jersey.  And after bringing that story to light, I was hooked. I wanted to be a journalist and I was going to make a difference.

It took me a few years to really delve into the journalism program at Mercy College. I, unfortunately, let others talk me into majoring in something more “science-based” as I had several in depth conversations with relatives about how I will “never make any money” and how “the journalism industry is dying.”

After a year at community college and about a year and a half at Mercy, when I finally realized science will never be my thing, I officially changed my major in early 2017. And of course, as someone who was excited for her new adventure, I made sure to tell everyone.

The amount of negative responses I received, and continue to receive, is astronomical.

But I’m doing what I love, so why does it matter? I continuously think to myself.

“Don’t you want a real degree?” said a member of my community.

I find myself in a constant war with middle aged conservatives who are convinced they know what’s best for me. Okay, maybe they’re not all conservatives but nine times out of ten they are.

“Anyone can be a journalist,” they say. “It’s nothing special.”

I am here to tell you that it is special and that you’re 15-year-old granddaughter who has a blog is not a journalist. I understand that some journalists aren’t the best at fact checking and, according to Donald Trump, news outlets come up with fake news about him, but those people aren’t me. I have not written fabricated material and I certainly don’t intend to when I enter the professional workplace. 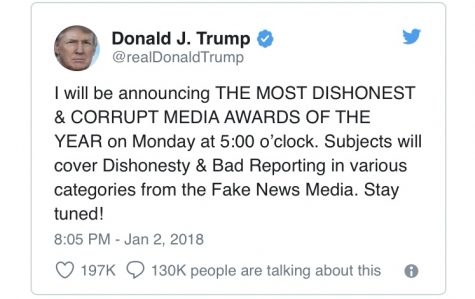 Journalism, along with all types of writing, gives me a sense of freedom; freedom from the crazy year 2017 had been. 2018, as of right now, isn’t turning out to be much better. In the beginning of Jan., Trump announced that he would be announcing “the most dishonest and corrupt media awards.” And on Jan. 17, he presented multiple news outlets, including CNN, and journalists with “fake news awards.” I mean come on, how unnecessary is that.

Over the summer, I had a discussion with a man, who for the purposes of my column we’ll call Dr. X (as he holds a PhD in religious studies), and he asked me what it was like being a journalism student during Trump’s first year.

I automatically laughed, which is a natural reaction when one is used to everyone criticizing their life choices, but Dr. X truly wanted to know how I felt – or so I thought. I expressed to him how fed-up I was hearing about fake news and how its exhausting defending my major every time it’s brought up. He smiled at me and said, “maybe you should choose a different major.” And he shrugged his shoulders as he walked away.

I thought I was finally going to get decent feedback about my major, but sadly I was mistaken. So close though.

News flash – thanks to President Donald Trump – America needs competent journalists now more than ever, and I’m certainly proud to be one of them.