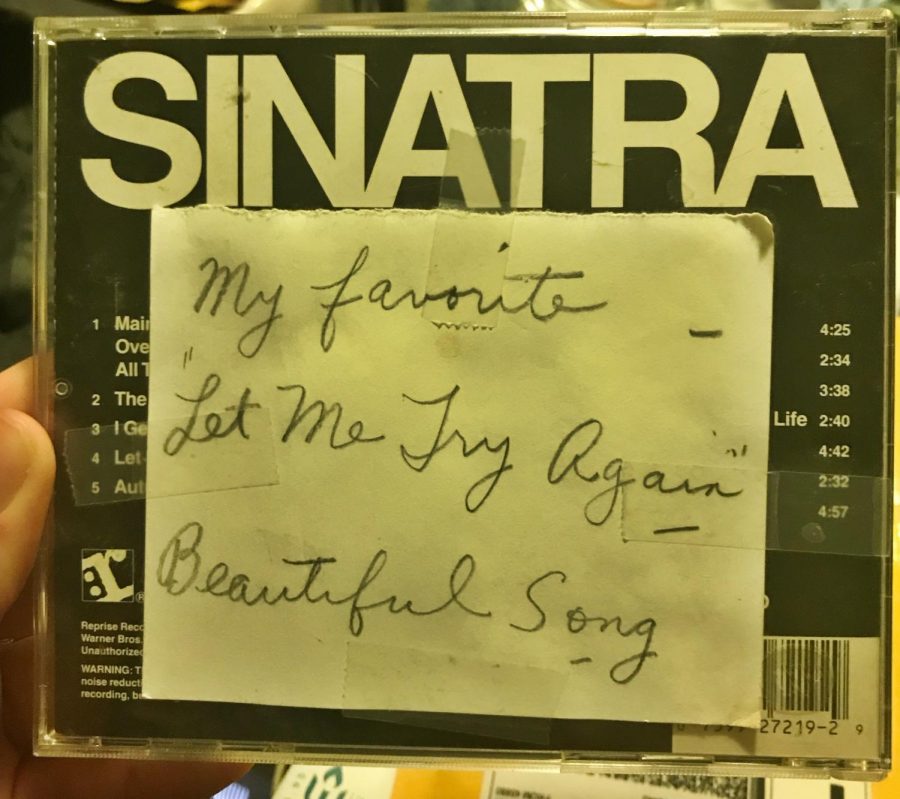 The other day, my father found one of my grandma’s favorite CDs with a little note attached to it listing her favorite song. It was Frank Sinatra’s album from 1973, Ol’ Blue Eyes is Back, and she picked out the song “Let Me Try Again” with an additional part written in her lovely script handwriting, “My favorite. Beautiful song.”

Seeing her handwriting and the CD itself brought me back to simpler times, when her apartment was filled with Sinatra’s mesmerizing music and the sound of her voice singing along.

She passed when I was 14 years old, but I can still hear her singing voice in my head.

She always loved Frank Sinatra, not only for his beautiful music, but for his Italian heritage and the fact that he was born in Hoboken, the city she spent most of her life in.

As a transitional part of my life is approaching, I’ve been thinking about her more and more. I wonder if she’s proud of me or if she thinks I’m strong, and I wonder if she misses all the times we had together when I was a young girl, just like I do.

I would visit her on the weekends mostly, and she would always ask me if I wanted to play some music. Sinatra’s distinct voice would fill her tiny apartment so quickly, and she would start dancing at the very first word.

Sometimes she would carry out into the hallway of her building, and other times she would have me dance with her. Growing up as a shy, sometimes timid child, dancing is not something I would normally do. But with her, everything felt okay. There wasn’t a worry in the world when we were listening to Sinatra.

Now, my grandfather passed away when my father was only a few months old, and my grandmother never remarried. She raised two young boys by herself, with a little help from her family of course, but she was a single parent for a very long time. She never talked that much about what it was like, but I could only imagine that raising two boys is challenging to begin with, let alone being a single parent. I always admired her for that. I admired her for never giving up and for always being so compassionate even though her soulmate was taken from her too soon.

My fondest memory of her, when I was about six or seven years old, was a time that I was staying at her apartment for a weekend. And like I mentioned before, it was tiny so I had to sleep on the pullout couch in the living room. And as a child, I had nightmares often so my parents let me pack up almost all of my stuffed animals to take with me. I thought they would be comforting, but they only did so much.

That very first night I couldn’t sleep at all. And it was about 11 p.m. when I decided to go into my grandma’s room so she could make me some Ovaltine, something that was a staple in her house. After having to tap on her shoulder a few times, she woke up a little frightened, but when she realized it was me a smile appeared across her face. 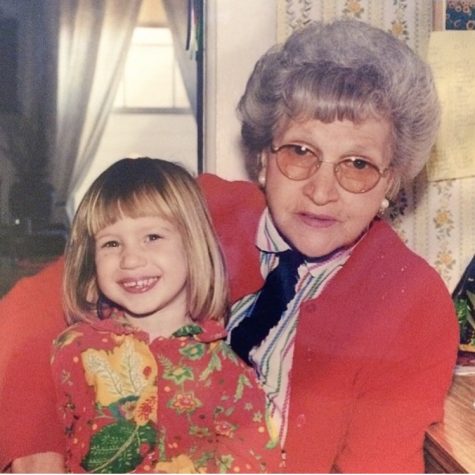 “I can’t sleep, Grannie. Can I have some hot chocolate?” I quietly asked.

She told me no, but asked if I wanted to stay in her room for the night. I was ecstatic that she even offered. I ran into the living room and started deciding which stuffed animal to take with me, as I knew there wasn’t room for all of them and the two of us in the bed. She told me not to worry about it and helped me carry all of them into her bed – she even arranged them nicely. By the time we were done, there was barely any room for us to sleep, but she didn’t care.

Everything she had, she gave to her children and grandchildren, even if it meant her own bed.

Whenever I’m in a tough situation, or getting irritated easily, I think back to that moment. Kindness really does make the world go round, and I learned that at a young age thanks to her. She was kind to everyone, whether it be the older people in her building or the children at the school she worked for. She was known for being sweet and in my mind, that’s what truth strength is. The ability to still be kind to others even though life hasn’t been kind to you.

It’s tough having another International Women’s Day pass where I can’t thank her, but I know she’s dancing to Sinatra with my grandfather up in heaven right now, singing to him in that same lovely voice I remember oh so well.

I know I said that I was leaving,
But I just couldn’t say good-bye.