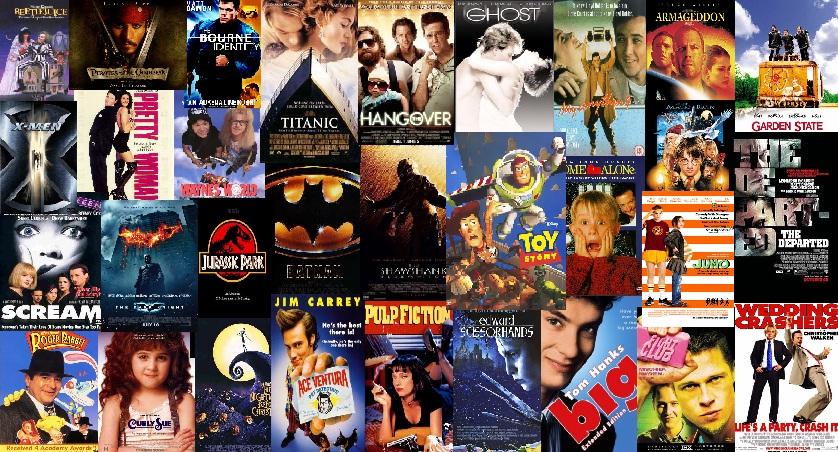 Thought I share my top 10 favorite movies of all time.  I will be giving my first 5, then my next 5 in my next column.

Saving Private Ryan- This is one of the greatest war movies ever made. Spielberg transports you to the battlefields of World War II unlike any movie has ever done before. Spielberg Reenacts D-day in a way no film has or ever will. Tom Hanks give one of his best performance ever, which is saying a lot, the ending is emotional and spiritual at the same time. It is a movie that is touching, thrilling, but most of all it is a harsh reminder of how horrible war really is. The film is a favorite too many. For the rest of my life, I will always be reminded of what those men did in WWII, of how graphic and moving this movie is.

The Dark Knight- A movie that over achieves in perfection in every way. The script is top notch, it is full of action, and the acting is superb all around. Yes Jack Nicholson did a hell of job in the 1989 Batman but Heath Ledger gives one of the greatest villain performance ever, he’s a manic social path who gets to Batman and Bruce Wayne. The role ledger took on had to be one roughest in his career.  He really makes you fear the Joker. The special effects are brilliant. The story is dark and thrilling and sends a powerful message.

Sleepers- A film about revenge and all the wrong things that can go wrong at a detention center. One of the darkest films I have ever witnessed conducted with an A+ cast this is a film that told a shocking true story of abuse inside of juvenile prisons, but for launching the careers of some of today’s best known stars. Along with being one of Brad Pitt and Jason Patric’s first major roles, it also launched the film careers of Jonathan Tucker and Geoff Wigdor. Along with a terrific cast of legends and newcomers, Sleepers brought with it an intense story, the likes of which we hadn’t really seen before in movie cinema.

4. The Shawshank Redemption-
This is a movie about a man, Tim Robbins, who is wrongly convicted of killing his wife and her lover, and he is given a double life sentence in a maxim security, corrupt  New England Prison. There he befriends Morgan Freeman, who plays another man with a life sentence, and the movie progresses with their life in prison. The cinematography is absolutely brilliant, and Morgan Freeman is excellent. The ending is very…very picture perfect, and the movie does an amazing job of showing how the outside world changes over time, while the walls of the prison are resistant  to any time change.

Training Day- Now I know everyone is a Denzel fan and you can say that 90 percent of the films he made he was great in! But Training Day is a different tale. A film about a young rookie cop played but Ethan Hawke who wants nothing but to be a noble officer. Denzel plays the role of Ethan’s devil on his shoulder and puts on one of the greatest villain/dirty cop roles in movie history. Minus the clever acting Denzel puts on through the film he actually makes the audience believe he’s not all that bad.