Out Of the Furnace: Review 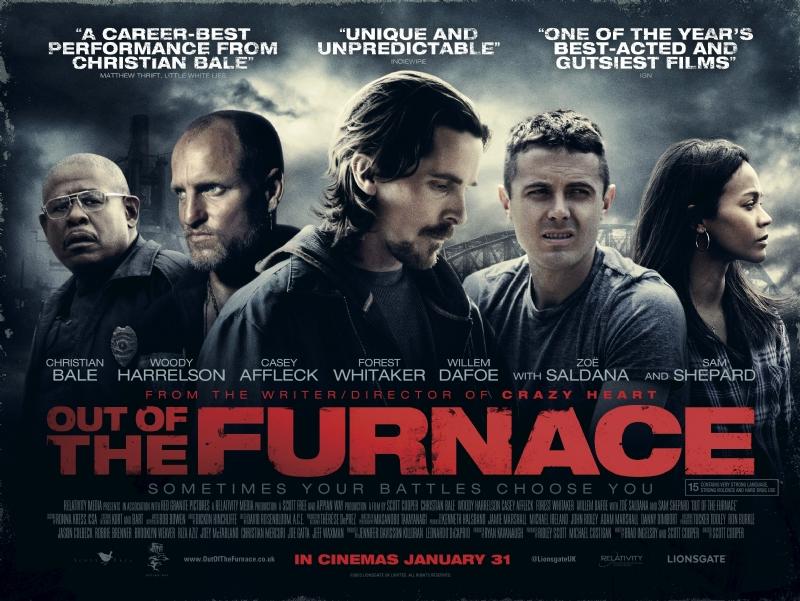 Despite the stellar acting and a cast on paper that looks nothing more than an academy award winner, Out of the Furnace is missing that unpredictability that some films overachieve in. Woody Harrelson cuts a mean figure in Out Of the Furnace. Like, really mean: His character, a ruthless New Jersey psychopath named Harlan DeGroat, is introduced in the opening scene with a ruthless scene right in the opening credits.

Back in depressed serious-guy mode, Christian Bale plays Russell Baze, a trying to make it in the world kind of person. When not working at the old steel mill, or doing hard time for a hard luck crime, he’s mourning the true love (Zoe Saldana) he lost to the local lawman (Forest Whitaker). Russell’s also got a dying dad and, most problematically, a hothead younger brother, Rodney Jr. (Casey Affleck), who can’t seem to stay out of trouble. A bitter war veteran who some saw shit, Rodney boxes to make ends meet, but is too proud to take a dive when he’s supposed to. Chasing a big payout, he forces his reluctant manager (Willem Dafoe) to get him in with Harrelson’s notorious promoter. As famous last words go, “one last fight” is about as ominous as “one last score.”

Out Of the Furnace turns out to be a predictable, very ordinary revenge story, propped up by A-listers and a courageous facing of the blue collar everyday desperation. The film is set mainly in the smoggy, depressed steel town of Braddock, Pennsylvania, which seems to have as many railroad crossings as street corners and whose gray skies are made grayer by the endless cloud of factory fumes. Cooper, a dedicated storyteller of dead-end lives, has a feel for this kind of colorfully colorless environment. But all that smoke and grime can’t disguise the typical thinness of his characterizations. He’s dressed down a cast that just is in a world of economic despair.

Sometimes resembling a cross between Winter’s Bone and Warrior—but without the formal language conviction of the end, Out Of The Furnace gets by on the commitment of its cast. Bale makes the most of an underwritten part, full of brilliantly acting until it comes time to get his hands dirty, while Affleck invests his role with his usual unstable vulnerability. Harrelson, meanwhile, turns “candy suckling” into the new “mustache twirling.” He’s the cartoonish and despicable heavy this glorified B-movie deserves. “Am I supposed to be scared of him because he sucks on a lollipop?” Rodney asks, in the film’s most self-aware moment. The answer, of course, is yes, though having a character actually acknowledge the silliness makes it go down a little smoother.  Director Scott Cooper’s camera offers some interesting observations and the strong performances keep the film convincing in a real life sort of way.  It does go on relentlessly too long and persistently grave.