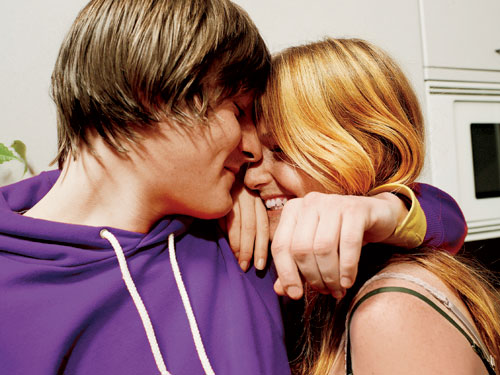 There has always been a double standard amongst woman and men where if a guy gets with a lot of girls he’s a player, pimp, he’s the man. If a girl gets with a lot of guys she’s a slut, hoe, and trashy. When put into those words it kind of sounds ridiculous but in the American culture this seems to be the general belief.

I can’t lie, its been a logic I’ve lived by my whole life but never really put a lot of thought into why it has become such a popular thought process in our world. Some people think it has something to do with male superiority, that a man can do whatever he wants but once a woman does it its wrong just because she’s a female.

Some believe it’s more than that, though. Since the most common situation found is where the guys are trying as hard as they can to get the girls, talking to them first, paying for everything, etc. all to reach their most common goal which among young men is more commonly casual sex then it is a relationship. It is that role in the “game” that our society says we must play. We put the male into the role of the hunter and the female into the role of the pray. This could be compared to a “tag your it” game, that says if you’re a guy getting girls your doing good but if you’re a girl that keeps getting “tagged” you’re doing something wrong.

Another similar belief is that it all comes down to self respect. With men in general making their respect into a larger concept then it needs to be by  starting fights if they feel there disrespected or “dissed” in anyway. They already, for the most part, command more respect than the woman needs to survive on a daily basis. In that sense it is much more common for the female to perform oral sex early in the courtship then it is the opposite which is where disrespectful phrases like “suck my…….” have become so popularly used.Girls have their own version of the “dis” but it really doesn’t have much sting to it. In a sense when a guy hooks up with a girl in the absence of a relationship he is gaining respect where the girl is losing respect from her peers, herself and sadly to say, but most of all from the guy she’s doing it with. Its almost like in this game the guy is in a sense literally taking the respect from the girl and making it his own.

Even with all of today’s equal rights for woman it is still the norm for the woman to play a more submissive role in the relationship. The phrase “who wears the pants in this relationship” is still commonly used to refer to the male being the one that makes most of the big decisions. Yet the phrase is usually used in the off situation that the female is the dominant member. What it really comes down to is who’s the more confident and assertive party which could still let a relationship work. But sometimes what it comes down to is who cares less is on top. If one party feels they have more to lose they self consciously become weak and at the mercy of their party which then in contrary to their intentions, any sign of weakness is usually a turn off. In the end for anyone to really be happy with another before they find love they must find trust, loyally, and respect.