It’s Okay To Be a Feminist 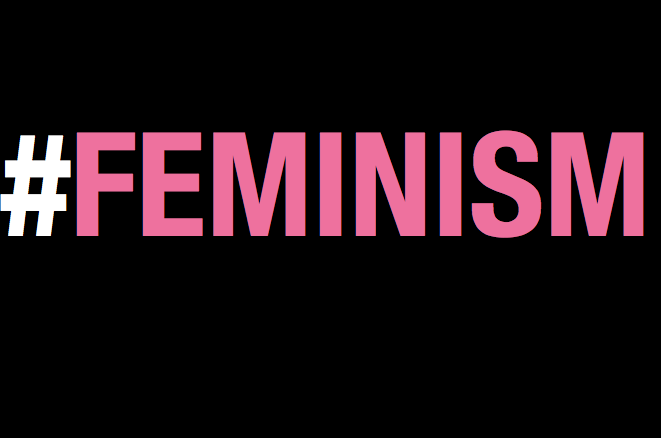 I’m proud to be a feminist. I have no shame in that. I don’t think anyone should have any shame in that. The topic of feminism has become a mainstream topic in 2014 and 2015. In a way, I’m glad that it’s becoming a bigger topic because we need to talk about these things as a society. People might roll their eyes or groan when feminism comes up because they don’t want to talk about it.

I remember two incidents that I witnessed this past year. The first incident happened last semester in film class, and my professor was talking about one film that focused on feminism. Then, the girl that sat in front of me said that she hated feminists because they were so annoying and they fight for stupid causes. My friend and I gave her this disgusted look. I desperately wanted to say something to her face, but my friend said, “Okay if you want to earn less than men, then that’s fine.” The girl didn’t say anything afterwards, but I was so glad someone said something.

The second incident happened about two weeks when another friend of mine stated that she hated feminists too because they’re annoying. But this is coming from the girl who doesn’t know a thing about feminism, right? Okay. In my perspective, I feel like people who just brush off feminism like it’s nothing annoy me to pieces. Do you not see the issue here?

For me, feminism isn’t just about equal pay for women. It’s about breaking stereotypes society creates for women and what they expect women to be. It’s about women taking control of their lives and what decisions they want to make. I also want to see men start talking about feminism.

What I started to notice is that most celebrities like Beyoncé acknowledging feminism. In her song, Flawless, she uses an excerpt of Nigerian author Chimamanda Ngozi Adichie’s “We Should All Be Feminists” TED Talk, which I thought was brilliant. I think that was the first step to bring feminism into a bigger light.

Now, there were other celebrities who have been very dismissive about feminism. For example, Lana Del Rey, one of my favorite artists, stated last year she thought that feminism wasn’t a very interesting concept, and when it’s brought up, she’s not that interested. She was more interested in space and intergalactic stuff. Sigh. You don’t know how upset I was about this. It’s not like she needed to say anything about it, because to me, it looked like she didn’t know what she was talking about. She could have been honest and said she didn’t know too much about feminism to make a statement. No one would have attacked her. She just made herself sound uneducated and, well, stupid.

Another thing I’m starting to notice is that when it comes to certain interviews, women are always asked about feminism, but no one asks men, unless men bring it up. See, this is the craziness that I’m talking about. Talk about double standard here. I have a friend who recently told me that he identifies himself as a feminist. When he told me this, I was so happy because this is what we need.

I also think that race plays a part of how we see feminism. Between men and women, women are paid less, we all know this. But here’s the crazy thing, women of color, especially black women, are paid even less than white women. For example, when Miley Cyrus released her video for Wrecking Ball, many people were calling her a risk-taker because she was naked. But when other singers like Rihanna, Beyoncé, or Nicki Minaj want to take control over their bodies, they get slammed for it. Call me crazy, but stuff like this happens.

Coming from a Nigerian household, my family’s idea of gender roles still date back to like the 60s or something. They think that the man should always pay the bills, and the woman should do all the cooking. For me, that really doesn’t help anyone at all. In fact, it just puts us back fifty years. I don’t have the same views as them. Those conservative views sadly won’t change, but what can you do? They stick to their guns, I stick to mine.

Feminism shouldn’t be a topic that people are scared to talk about. If you really don’t know anything about it, then educate yourself. We have the resources in front of us, but we never want to use them because we’re so lazy or we don’t have time. Hey, if it makes you feel any better, I’m not an expert on feminism, but I’m still learning.