A Year Without My Father 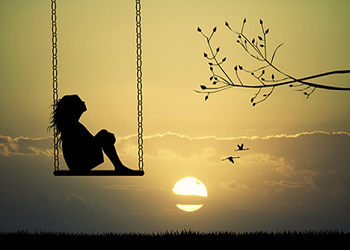 I was conflicted on writing this particular story for this week’s column. Most of the columns that I’ve written so far were light and what my interests were. This week’s column is going to be more of a reflection. So where do I begin?

Well, my father passed away from lung cancer last summer, a month before junior year started. It was such a difficult time for me because I never really experienced a huge loss like that before. I only knew my dad was sick for three weeks before he passed away. When I talked to him on the phone for the first time in two years, it was kind of weird to hear his voice because it was so hoarse. But I was kind of glad to hear from him because we always had a complicated relationship since my parents separated ten years ago. But that phone call would have been the first and last time I would hear his voice.

When he passed away, I didn’t know how I was going to manage going back to school a month later. The first two months were very difficult because I really didn’t know how to feel. I didn’t have anyone to talk to about the whole situation. I remember talking to my mom over the phone, and she was asking me how I was doing. I told her it was still difficult to handle, but I’ll manage.

When you lose someone very close to you, it changes your perspective on life completely. During that time, I did think about him very often. I thought about how my life would have been if he made the right decisions in his life. If he took better care of himself, or if he did a better job as a father and husband, how would my life be different? I probably wouldn’t have moved to a different town, and I would have gone to a different college.

But I think that I like the way my life turned to be. I don’t regret anything that has happened so far. During junior year, I really tried to focus on school and stay strong. It was very difficult for a couple of months, but I kept telling myself that I will get through this, but it’s going to take time. There were times where I didn’t want to talk to anyone. I just kept to myself for most of the time.

When I did have time for myself, I would think about all of the good times I had with my dad. Even though he wasn’t the best father I wanted him to be, there were times where I enjoyed his company growing up. I would say that he was a very smart man, but he made poor decisions, something that my mom even admits.

There will be times where my mom and I will talk about him. We talked about him a lot this past summer, since it was nearing the one year anniversary of his death. My mom shocked me by saying that there are times where she missed him. The reason why I was shocked is because I really didn’t expect that to come out of her mouth, despite what he put her through for thirteen years of their marriage. I guess she was able to forgive him after he passed.

After he passed, I was able to forgive him for all of the terrible things that he has done in the past. Even when I found out he was sick, my anger towards him went away. They really didn’t matter at that point because someone that I cared about was ill.

I believe the only way I was able to get through his death was with my mother’s support. In a crazy way, when we talked about the good times we had with him, it was easier to get through. Now that I think about it, we never talked about the bad things that happened in the past. It was always the funny things he would say or do. We still do that from time to time, and we just laugh. We even tell ourselves that we can’t believe that he’s gone. But we both try hard not to make ourselves feel sad.

I think that I’m in a better place now than I was last year. I don’t think about my dad as much as I used to before, just once in a while. Have I found closure? I think I found some closure, but not complete closure. It’s still going to take some time, but I’m feeling more positive now. I’m just trying to live my life the way it is.