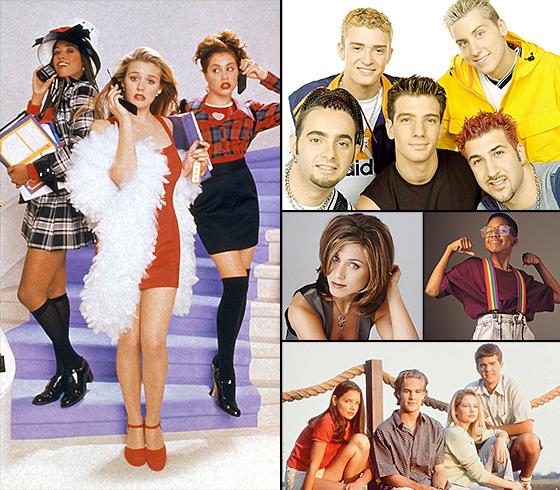 For the past two to three years, we’ve been seeing the 90’s being brought back in different areas, especially fashion. People started rocking flannel shirts again, especially around their waists. The flowered dresses, combat boots, baggy jeans, crop tops, varsity jackets, bucket hats, you name it. I don’t really have too much of a problem with this because I have most of these items in my closet. But there comes a time where it just gets too much. I want something different.

My issue here is the amount of television shows or spin-offs that are popping up. It was cute at first, but it needs to stop. Seriously. Stop. You don’t need to remake everything, Hollywood. There are some remakes and spin-offs that I do like. For example, Girl Meets World, which is the spin-off of Boy Meets World. It follows the life of Cory and Topanga’s daughter Riley, who’s trying to survive middle school with her friends. Now, I have no shame in saying that I watch this show. I admit, it’s a cute show for kids.

Other examples are Fuller House, a spin-off of Full House, Scream, a TV series based on the movie franchise, Sailor Moon Crystal, a reboot of the original series, The Powerpuff Girls, Dragon Ball Super, a spin-off of Dragon Ball Z. Sigh. Do I need to continue? I think you get what I’m trying to say. I could go on and on, but it’s too much.

For me, I like a little nostalgia here and there, but when it’s thrown in my face constantly, I just get really annoyed. Now, for example, if they were to create a channel for 90’s cartoons from Nickelodeon or Cartoon Network, I would be fine with that. I think the only reason why we’re seeing so much of our childhood being revamped is because we’re such a nostalgic generation. I remember in high school, I used to talk to my friends about all the good shows we grew up on, and how we wished they could come back somehow. Sounds cliché, right?

Just recently, there has been buzz about Nickelodeon bringing back old shows from the 90’s back. After hearing this news, I was excited. But then I realized something. This could be a block or an actual channel. I wanted it to be an actual channel so badly. Maybe Nickelodeon could do something right for change. But I was highly disappointed to find out it was a block called The Splat. A BLOCK. Really Nick? Really? You had one job. One. Job.

See? This is the frustration I’m talking about. This is the reason why it’s getting too much. Either people get excited, disappointed, or extremely upset (I still don’t understand this reaction). Sure, everyone loves a little nostalgia, but I’m getting tired.

When I mentioned 90’s fashion, I did say I didn’t have too much of a problem with it. I think some of the clothes that I see online are nice. There are some trends I can get behind. This could stay for another year, I guess. But take your bucket hats, plaid skirts, and overalls with you.

A little nostalgia isn’t too bad, but when it comes too much, it gets annoying. Really annoying. But when these things pop up, it makes it hard to turn away. I do give these reboots a chance though. I either hate it or love it. I know there’s going to be more before this decade is over. It also makes me wonder what decade is going to be revamped next. I’m hoping it’s not anything from the 2000s, especially the clothes. Oh God, anything but the clothes. But I have a feeling it’s going to happen. Oh well. Let’s see what happens. Bottoms up.