Dear Future Self In 10 Years 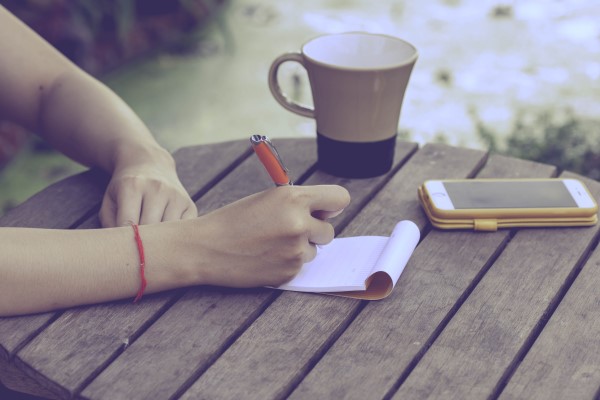 2026. 10 years from now, what will you be doing with your life? Where will you be? Growing up, you always liked to think about the future, because you were always so curious. You were curious about how your life is going to turn out. Obviously, no one can predict or see into the future. But, it’s something you like to ponder on once in a while.

In the next ten years, you’ll be 32 years old. Let’s hope you still have a perfect body by then. You’re going to be living in California (sorry Jersey. I love you, but this girl can’t stay in the Garden State any longer). You’ll be working for either E! News or overseas.

You’re going to learn how to speak several languages (even though you’re terrible at it), but you’ll be a master at speaking Japanese and Korean. You’re going to make a good amount of money along with your loving and attractive husband. The two of you are going to be comfortable, and live in a nice house. You will have a nice car, preferably a Benz.

Career wise, you want to be producing and hosting your own television series. You don’t care what the theme is, but it’s one of the dreams you hope to accomplish for yourself. If there are opportunities overseas, go for it.

Within these 10 years, you’re going to have at least two children, and your first born needs to be a boy. If it’s a girl, that’s cool, but you would really want a boy. Mom always wanted her first child to be a boy, but she got a girl instead. After her two miscarriages from her first marriage were both boys, it would be nice to give her a grandson.

By the time you’re 32, you should be a better cook. Mom has always got on your case about not being able to cook for yourself. You know you can’t cook very well, but you’re still learning. Baby steps. By 32, you want to start to gaining trust in others. You have a problem with trusting people, and you want to start trusting some people by then.

During this time, let’s just hope that you’re still writing. Not only do you want to produce and host your own shows, you still want to write. You don’t know how much writing you’re going to do in the next 10 years, but let’s hope that you still have the drive to write again.

Going back to the career, anything can change. They’re just goals. But you hope most of those goals turn into a reality. It’s not guaranteed, but you hope that most of them do work out in the end.

You do think about the future more often now, more than you ever did before. Since this is your last semester, you’re thinking about how your future is going to be. There will be times where you’re optimistic, then there will be times where you feel scared and start to panic. You don’t know what your future is going to hold. But the goals listed above are obtainable, if you have the same drive you currently have.

The future is scary. We don’t know what is going to happen next. You don’t know how things are going to look in 10 years. Will you ever make it to Cali? Are you going to be stuck in Jersey forever? Will you ever find love? Will you reach your dreams? Keep telling yourself that it’s better to take baby steps. If you can get most of these accomplished within 10 years, you will be an amazing and extraordinary person in life. So, here’s to the future. Cheers.