The Value of Friendship 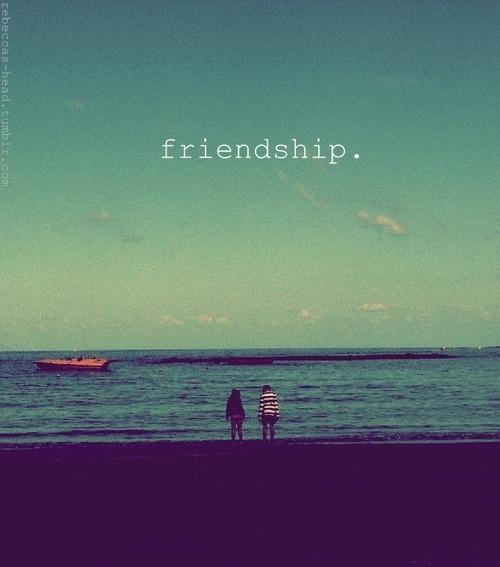 Growing up, making friendships was hard for me. I’ve always been a shy person, so I never really knew how to approach people. During my childhood, I had two friends that lived in the same apartment building as I did. Then, one of those friends moved away, and I considered the other person my friend for the next ten years. I would always go to his house and watch TV with him. Plus, we also went to the same school.

Even though he was two years older than me, I still considered him one of my friends. I went to a Catholic school for seven years before switching to public school in seventh grade. During those seven years, I grew up with the same people. I had a good amount of friends until the fifth grade. Most of my friends either went to another school or moved away. It felt like every year, I would lose at least one friend.

By the time sixth grade came around, I didn’t really who to call a friend. I was friendly with several people in the class, but I didn’t consider them my friends. Everyone did treat me differently because I was different. I didn’t like the same things they did. But, when I left that school in 2006, I felt free because I wanted to start over at my new school.

Now, making the transition from private to public school was hard as it is. Finding new friends was difficult. I did make new friends, but it was hard to start putting my trust in people because I didn’t know who was real. I went through at least three or four different friends during seventh grade, before I found a true friend.

This girl and I were so attached at the hip in eighth grade. We were in the same classes every day, and we had so much in common. It was such a relief to have someone to call a friend. She wasn’t my only friend. When we started high school, my circle of friends grew. I was able to find a group of people I was comfortable with, and I really didn’t care about being friends with the popular people. Some of them were pretty vapid.

Around sophomore year, the same girl I was friends with since the seventh grade, started to ignore me out of nowhere. It all started with her deleting me from Facebook. I didn’t think too much of it because I thought she was joking or something. But she ignored me during gym class, and I was a little annoyed. I really didn’t know what I did wrong. She sends me this message, saying that I don’t care about her and how I don’t take her seriously enough. What?

I was really confused. She couldn’t explain to me why she felt this way. I asked several times, but she couldn’t give me an answer. So, I gave up. If she wasn’t going to tell me how she felt, and how we could have fixed it, then I don’t want to be friends with someone who I can’t communicate with me. I just ended the friendship.

Honestly, I think about that friendship once in a while. What would have happened if I was still friends with this girl? But, I always say that things happen for a reason. I believe that it was for the best because she was such a killjoy sometimes, and still is, according to some people.

Despite ending a friendship in high school, I was satisfied with my group of friends. I just told myself to stay away from drama, and live my life. Even now, I’m still close with at least two of my friends from high school. I don’t know where the others are. I’ve tried to contact most of them several times, so we can catch up, but everyone’s busy.

Surprisingly, it wasn’t hard for me to make friends when starting college. Most of the people I’m currently friends with, I met during orientation and through Facebook. I think when you reach a certain age, it makes the process easier. Well, I can’t speak for everyone, but that’s how I see it.

Most of the people I met at Mercy are pretty cool. But then there are others who are just…let’s just say they’re interesting, if I’m going to put it in a nice way. This being my last semester, it’s going to be weird not being around these people after graduation. But I’m grateful to have met the kindest, funniest, and loving people here. I would be lying to myself if I said I wasn’t going to miss them because I will.

Will I still keep in touch with old friends? I will do my best and try. I don’t like to forget about people, especially the people I’ve grown so close with. I know that we all have different career and life paths after May, but I just want to reminisce about the good times for now and live in the moment.