Why I Should Be Watching Black-ish More Than Empire 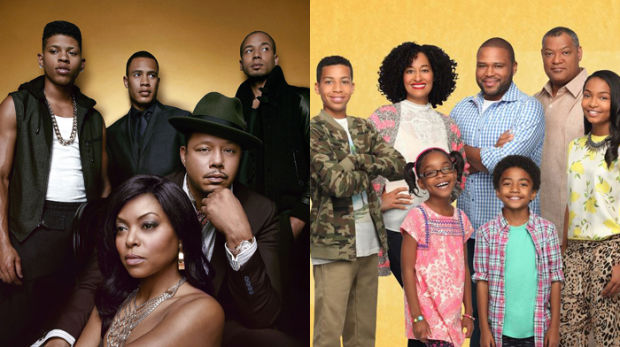 On last Wednesday’s episode of black-ish titled Hope, the Johnson family tackled the issue of police brutality within the black community. The premise of the episode was after the non-sentencing of a police officer, Andre and Rainbow attempt to teach their kids, especially the twins, Jack and Diane, about police brutality. Andre and Rainbow disagreed on how to explain it to the twins. Andre wanted to be blunt about it, while Rainbow wanted to teach them they shouldn’t be afraid of all police officers.

Now, the premise of this episode was announced several weeks ago, and I was excited about it. As I was watching, Andre’s speech about hope really got to me. He mentions to Rainbow the feeling they felt when Obama was first elected as president. When he got out the limo with Michelle to walk down Pennsylvania Avenue, Andre asked if Rainbow was afraid that something was going to happen to Obama. After he stated that, I sat motionless because it was true.

After watching this episode, I saw so many articles posted online the next day, and it received so many positive reviews. It also made me think, why aren’t there more people watching this show? Now, I watch this show when I get the chance. Unfortunately, it’s on the same time as Empire, another show that I watch. I sometimes feel guilty about watching Empire because it portrays negative stereotypes of black people. I’m not telling people to stop watching it. If you want to watch it, fine by me.

I’m not saying Empire is a bad show, and I find it entertaining. During this time last year, everyone was so hype about this show, including myself. But now, I feel like it’s a chore to watch it every week. It’s really unfortunate because I feel like black-ish should be getting the numbers that Empire is getting. On average, Empire receives at least 13 to 15 million viewers every week, while black-ish receives at least five to six millions viewers every week.

Like I mentioned in my OP/ED last month about Hollywood’s diversity problem, I want to see black people being portrayed in positive stereotypes, not negative. Why can’t we give the same love to black-ish like we do with Empire?

Empire does tackle certain issues like homosexuality in the black community and mental disorders. There are certain parts of the show I side-eye to. For example, in the first half of the second season, I was really annoyed by Lucious Lyon’s excessive use of the b-word. It made me really uncomfortable.

The reason why I love black-ish is because the characters are playing roles that are not expected for them. We have an upper-middle-class black family who live in the suburbs. Andre works as an advertising executive, Rainbow works as a surgeon, Zoey is a popular teenager at school, Junior is a black nerd, while the twins, Jack and Diane, who are very upbeat. I was skeptical about the title when it debuted in 2014, but it really proved people wrong, and me.

I don’t fear that black-ish is going to be cancelled. The ratings are doing fine and it’s on ABC, so it should be fine. As a viewer of both programs, I think the writing has gotten better from the first season of black-ish. As for Empire, the first half of the second season was so sloppy, but I think they can make up for it when it comes back March 30th.

As much as I enjoy both shows equally, I want one to do as equally well as the other. I want people to be talking more about black-ish. I know a lot of people who don’t even know about the show, which makes me a little sad. It’s a refreshing show. After last Wednesday’s episode, I’ve gained respect for the writers of the show. I hope Anthony Anderson earns an Emmy for that performance, especially with that monologue.