Unknown Future of Athletes & Pressure From the Media 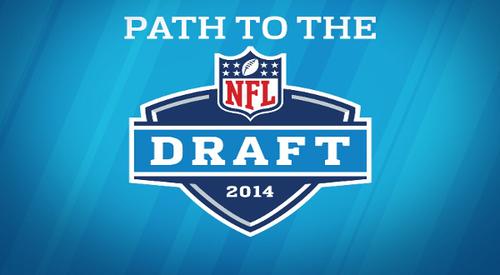 After every football season fans from all over are anticipating what’s next. College football fans are patiently waiting to see who will be chosen in this year’s draft.  The NFL draft is the topic of conversation on ESPN the past two weeks. The main question of who has what it takes to make it to the big leagues.

College Athletes are the future of American Sports. The amount of time and money invested in the future of these athletes is immeasurable. Out of countless College athletes the chances of making it to the NFL, MLB or the NBA are very slim. The idea of how much time a student spends studying, or how many yards he ran this season, how many Heisman trophies he’s won, or how many victories he has lead his college team to have become irrelevant. These qualities and accomplishments will not secure them a spot in future drafts. Most of these details are overlooked.

The career of a college athlete has an end no matter how passionate the player may be about the game.  The primary focus in the business of leagues choosing their future players are; What does this athlete have that my other players don’t have, and how can his abilities as an athlete benefit my team and lead them to success.

Rigorous training and the pressure of press surrounds numerous college athletes for the next few weeks. The NFL Scouting combine is a series of evaluations athletes experience in the process of being elected for being draft picks. In these Scouting combines athletes are being tested in numerous different skills and abilities. Four days of intense training and being under a microscope does not sound like an easy task.

What has to be the most overwhelming aspect of this scouting experience is not the competition amongst players, it’s the pressure from the press and media. The media is overwhelming athletes. The media can be a useful for staying up to date with knowing all about the athletes we love but it can also be obnoxious. Watching how the press constantly interviews the athletes any chance they get appears to be dreadful. I was watching sports center the other morning, and it caught my attention how the reporter was on top of the athlete asking him some of the most unnecessary questions. The look in his face clearly stated how annoyed and exhausted he was.

Athletes are very aware of the pressure of the media and the expectations they have to uphold. Some athletes are more immune to the media than others. The NFL Scouting Combine week in my opinion should limit the amount of press coverage it get. I believe it to be a big distraction for athletes and how focused they are. The pressure of the press only adds more anxiety to the player’s performance. Releasing progress reports interviewing NFL representatives involved in the Scouting Combine should be acceptable. As for players being interviewed and called out on their numbers it’s just putting a great amount of pressure on the athlete.

People need to try and understand the mental state of these athletes. They are not even at the beginning of their career, they have gotten to this small window of opportunity that can close at any moment. This point in an athletic career its either you make or you don’t. The unanswered questions of where the future of a college athlete can go in many directions. They can achieve winning many games but fail to accomplish having a secure job in the future.

The next step is making it. Once an athlete has been drafted the stress and pressure is not over. The constant reminder on an athlete’s mind is to show their coaches they were one of the best decisions they have made that will change the outcome of the prospected seasons. The competition never stops, it just grows.

The anticipating stressful process of being chosen in a draft is the dream of many college athletes. It is their primary goal and focus throughout their teens and twenties. The most challenging part of this process is the big possibility of failure. What happens next? More and more athletes are dedicating their whole life to making it and not achieving.

Free agency period begins March 11th. The NFL draft will be held in May instead of April in 2014, taking place from the 8th to 10th of the month at Radio City Music Hall. Until then ESPN will be buzzing with the latest on athletes and progress reports.