Many people who like sports today probably can say they have a history watching sports with their family and it being part of a tradition their household. For me it is completely the opposite. I began to find an interest in sports my sophomore year of high school. It was when someone asked me what team I was going for in the upcoming Super Bowl. I had absolutely no idea what he was asking me, so I picked one of the options he gave me and went with it. I didn’t want to look stupid the next day if he asked me another question. That afternoon I went home and googled what he was talking about. I found an odd interest in the sport. From then on I was hooked. Everything relative to sports and occurred any time before 2008, I was completely clueless about. Reading and memorizing statistics is boring. Memorizing names of players and positions for different games to make an argument about why a team is better than the next is not in my interest. One way I caught up on the sports world was watching documentaries.

When it comes to sports today my favorite thing about it is the history of it. Legendary athletes and stories that have impacted a generation of people. It is interesting to see how the sports world unites people no matter how different they are. What I find most entertaining other than watching sports is watching documentaries. Once I began to find an interest in sports, the baseball coach from high school would tell me watch these ESPN films. ESPN 30 for 30 films are a series of documentaries. The first 30 for 30 film I watched was called Unguarded. After watching Unguarded, I decided to spend the rest of my afternoon watching 30 for 30 films. I like to watch the sport being played, the aggression and competition. ESPN films have all of these qualities with a story behind it. That’s why it makes it so great.

Today I look forward to watching 30 for 30 films when they premier on ESPN. Out of watching so many ESPN films I chose three that were my favorite. Each one is different in its own way but all impacted me the same. I’m not going to give the stories away. I hope this sparks some interest. 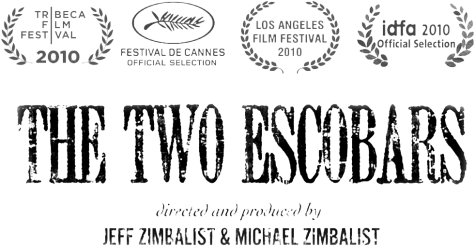 The Two Escobar’s 30 for 30 film is at the top of my list. It tells the story of two legends in Colombia. Pablo Escobar and Andres Escobar two completely different people, with very different lifestyles who created the momentum of soccer in Colombia. This film is about more than just Colombians and their love for soccer, it’s a story about how a sport united a poverty filled country, regardless the catastrophes surrounding it. It shows the power of sports. 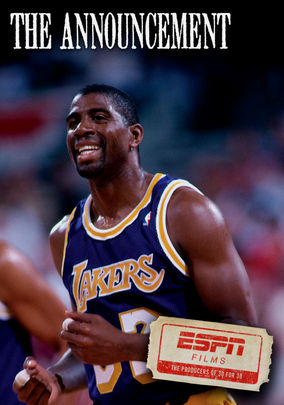 The Announcement is based on one of the most influential athletes announcing his diagnosis of aids. Magic Johnson was one of the country’s greatest basketball players. Aids was a huge epidemic in the 80’s. It was covered by the press in so many critical ways. For an athlete to come off his throne and announce he had the disease that was most feared in the country, the basketball world flipped upside down. This documentary is so important because it shows more than just the power and athlete has but the ignorance of society. 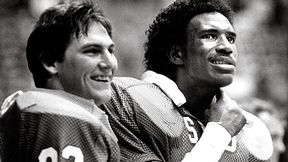 Pony Express, sparked an interest of college sports in me. This film is about the football program at Southern Methodist University in the 1980’s. This college team was investigated and punished for violating many NCAA and the punishment was so intense, it destroyed the university. The message behind this documentary is the power of the people in charge. The greed that surrounds the Sports industry and the control the NCAA has over college football.