The Best Film Festival In NYC 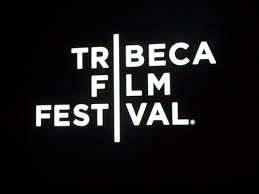 For thirteen years lower Manhattan has been the home of independent films. The Tribeca film festival took place April 17th and ended on April 27th. Hundreds of filmmakers and actors dedicated many years for a chance at the Tribeca film festival. It has become a community for those who enjoy different types of narratives, documentaries, features and shorts. The Festival has screened over 1400 films from over 80 countries since its first festival in 2002.

The Tribeca Film Festival continues to grow in popularity, as film makers strive to create independent films for diverse audiences.  The environment during the Tribeca film festival is very energetic. Everyone from crew, to audience members are excited to watch and experience these films right along with the film makers and cast. Lines to get into movies are obnoxious, but they are always worth the wait. Regardless the waiting time, lines are part of the experience. While countless people wait to watch films that have been sold out for weeks, it is likely to catch a celebrity strolling on the sidelines.

The festival has become one of the most popular things to do in New York City. Mercy college students had the privilege of experiencing the festival first hand. For some it has become a tradition and they vow to go every year.

Amoungst the students who visited the festival is Arlene Castelan. She is a junior at Mercy College and has been involved for three years in a row. She believes there is nothing that could compare to a film festival in New York City. “The Tribeca film festival has become a part of me. It isn’t like waiting for a marvel movie or the next fast and the furious. They are movies that have not had a predetermined ratings, or a cliché predictable ending. Independent films have redefined the routinely told action movies, love stories, documentaries and shots in unique ways.”

From an outsiders prospective I never knew what to expect from independent films. It was my first year visiting the festival and it was a great experience. I waited on line for about thirty minutes to watch two films, while waiting all I could tell myself was “this better be worth it.”

Before visiting the festival I had the preset Idea of the Tribeca film festival.  I believed it was a place where a group of striving actors and film makers gather to watch films that are not fit for the big screens. After watching a few films I realized that most of these films are better than Hollywood movies. What convinced me was watching the shorts online. Each short that I watched was no longer than 10 minutes and they each left me wanting more. The acting, the directing the visuals were professional and intriguing. The festival completely changed my appreciation for film.

At the Tribeca film festival I had the privilege to interview a crew member.  Many involved in the festival, share a passion for filmmaking or acting. Amy Martinez is a senior at the art institute of New York. It was her second year working at the festival. As a digital film maker she looks forward to experiencing the festival every year. As a New Yorker she takes pride in how successful the festival has become. “Film festivals are special because they are accessible to anyone. It is great to be able to just go to a brand new film no one has ever seen before for an affordable price. It doesn’t get much better than that.”

As a staff member of the festival she believes the most exciting part for the audience is the Question and answer segments. After the film, directors and cast members openly answer questions from the audience. “Being able to ask the director why he made decisions in the films, asking the cast why they chose the role, or why they chose to play it a certain way. Interacting with the people that made a story out of thin air is always interesting. The energy of the audience and the environment keeps the audience wanting to come back every year.”

The festival would be nothing without its token films that have made it past the festival. The 12-day festival screened 89 features and 57 short films from 40 countries. The diversity involved in each and every film attracts a different audience. Over 17,000 people participated in making the Tribeca Film festival a success. Countless Hollywood stars fund and partake in making the Tribeca Film festival unforgettable.