Thousands of Venezuelans have been searching for refuge all around the world, due to the food crisis. Dive into Kristian's journey , a young Venezuelan looking for refuge in Peru. 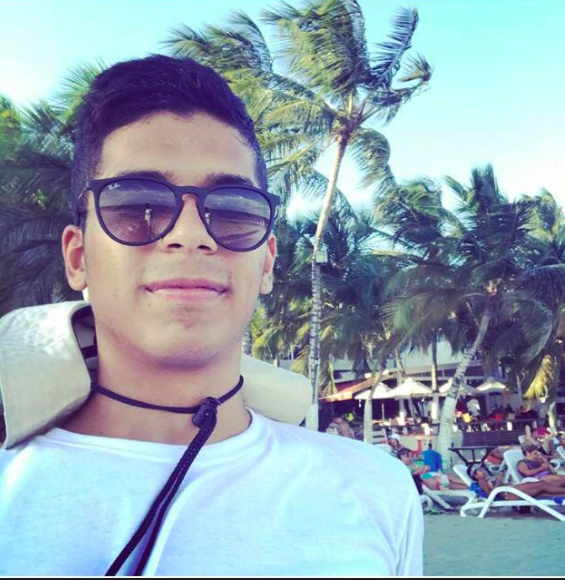 He goes to the grocery store where he must wait in line for hours just to get a gallon milk three times the regular price.The shelves are packed with little to no food.He is no longer the boy sneaking into his house late at night after a night on the beach with friends. He is a man trying to help his mother put food on the table for his sister in a country that no longer has resources.

There is no choice but to search for asylum in another country.

This was life in Venezuela for 21 year old , Kristian Jose.Venezuela is going through an economic crisis after dictator , Nicolas Maduro took Presidency.Venezuela used to be called the pot of gold of South America. It was known for the most beautiful women , the best baseball teams, and it’s abundance in petroleum . It was the country other South American countries immigrated to and a place everyone wanted to vacation in.

This drastically changed after the corrupt presidency of Nicolas Maduro. Prices of basic goods are controlled by the government and these prices can change drastically , causing massive food shortages.Inflations have made Venezuelan currency worth little to nothing. This has even cause shortages in equipment within the hospitals of the country. Crime rates are at an all-time high due to the desperation to survive and the police are not on the peoples side. This has caused families to immigrate throughout the world.

In June of 2018, Kristian’s  journey was to Lima, Peru where he met up with his mother who traveled a few months before him. His mother’s friend agreed to take her and Kristian in .

“I traveled to Peru because it was the only country that let me in , I also needed to come to help my mother work because she was her all by herself”, he said calmly.

Thousands of Venezuelans migrated to Peru this summer before the new law banned Venezuelans from entering without a passport.

“I am thankful they let me in and supported me but I think think Peru is struggling too and there’s a lot of xenophobia and racism, but that wasn’t the question was it,” he said as he chuckled.

It is a five day bus trip from Venezuela to Peru . Kristin enjoyed his trip because he loves traveling to new places.“ The trip was fantastic I enjoyed it a lot” he said with a smile. I spent time in Bogota,Colombia which was really nice.I also spent time in Quite, Ecuador because I have friends staying there.We went to parties and it was nice to get my mind of everything.

Unfortunately , his bags were stolen from the buss in Ecuador. “ It was a huge bag with all of the clothes I owned could you even imagine how I felt?,” he sighed. An Ecuadorian women vouched for him at the station where they gave him 100 dollars to replace his belongings.“I guess that was nice , it’s how I was able to get clothes on my back  in Peru,” he said in frustration.

Peru has got the most Venezuelan refugees in all of South American due to the little documentation requirements to work as well as the proximity to Venezuela. Most Peruvians do not welcome them with open arms .

“Some Peruvians are nice but the majority at least in Lima are very xenophobic towards us and treat Venezuelans unfairly . They are very possessive and think we are coming to take their jobs or hurt them”, he saids.

Perus crime rates are especially high in Lima , most cases are crimes against women.

“Every time I turn on the news I see men beating their wives , murdering them, even burning them. There is a lot of sexual harassment and rape towards women here, I’d never bring my sisters here, it is too dangerous”, Kristian saids.

Kristian has had his fair share of mistreatment from the locals in Lima. Walking down the street with his phone in hand , he started to get harassed by and old Peruvian man.

“Give me some ass”, he’d say getting closer to him.

“I got tired of him bothering me and told him to give me his daughter first , Kristian said with a sigh. “ It wasn’t the best idea he beat me pretty bad and stole my phone  but that’s normal here . I can hold my own”, he said confidently.

Peruvians in Lima are not used to seeing people from other countries , let alone the amount of immigrants from Venezuela.

“ I just don’t know what their problem is , we are all human this isn’t right . I know in the past Peruvians migrated to Venezuela because their country was in crisis , but they are too ignorant to remember their own history”, Kristian ranted.

Kristian is renting a small apartment with his mother. His first job in Peru was in a bakery where he would drive a van to distribute bread to the elderly.

“My boss got into an argument with my Venezuelan co-worker and we all paid the price by being laid off,” he said.

Now he is self -employed selling fast food from a truck he and his mom own . He works the morning and night shift.

“ I basically work all day because after I sell the food in the morning I have to go and buy groceries to sell food for the  night shift , it is stressful, you truly learn so much when your an immigrant in a different country” he said.

The difference in culture is drastically different in Peru than it is in Venezuela. They have different food , accents , and social norms.

Kristian explained ,“The people are so different here and everyone works practically every day  which was something I had to get used to. It all comes with adapting to your environment . Some days I feel good and somedays become so hard and frustrating but I take everything day by day”.

Kristian plans to work as much as he can in order to migrate to a better country and bring his sisters with him so that they can all be reunited once again . He doesn’t know where yet , but he is hopeful more countries will open doors to Venezuelan refugees.  Kristian knows he is not alone in his struggles.  He has become friends with many Venezuelan immigrants who are just like him, working to survive in Peru . He has left his grandmother , three sister aunts and uncles in Venezuelan where they struggle to put food on the table.  All in search for a better life for them.

“The majority of Venezuelan’s are in crisis right now but I feel it is most effecting the Venezuelan youth. I get stressed out hearing what my family back home has to go through and it hurts but you have to be strong and know how to handle things you can control.” he saids sternly .

He walks down a noisy street after a long day of work, making an inconsistent pay depending on how much food he has sold during the day. He is no longer the boy waiting hours on a line for a gallon of milk for his family. Instead, he is a man working all day everyday in search of a better place to call home.