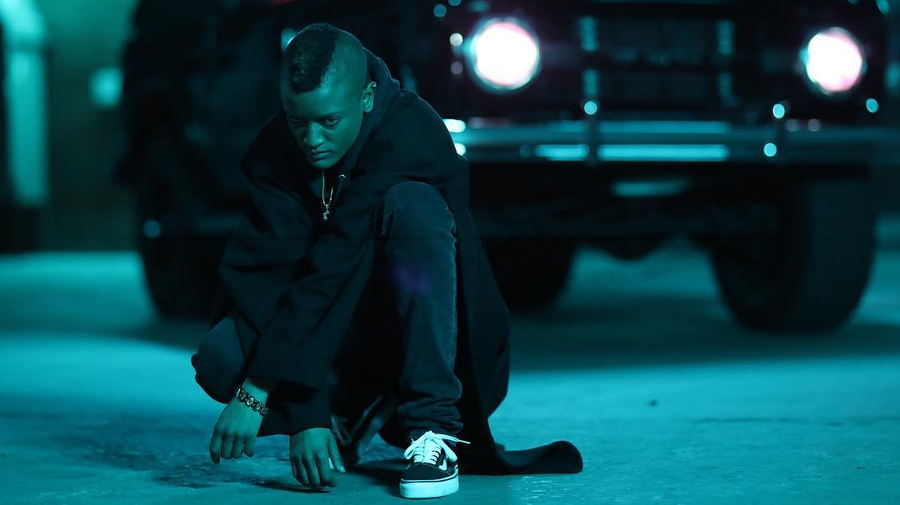 You’re blissfully asleep, wrapped in the comfort of your own sheets, when a blinding light and intense buzzing thrusts you into consciousness. You pick up the phone groggily, and the sultry voice on the other end coos, “Is anyone home? I’m coming over.”

This goosebumps-triggering, forbidden rendezvous is the exact headspace Syd’s album puts you in.

With FIN, the Los Angeles native best known for her association with the Odd Future crew, has successfully transitioned from being part of a collective to the role of a fully-formed solo act. Known for her silky vocals and the whispered delivery of her buttery smooth expressions of sexual desire, FIN encapsulates the identity she has already established.

In a time of increasingly polarizing opinions that only act to deepen the gorge between us as human beings, Syd’s place within the music world is all the more compulsory. Smashing the largely heteronormative standards of R&B, Syd’s expression of both overt and veiled sexuality (à la Frank Ocean) on FIN, is a refreshing step in the right direction.

Syd presents a maturity on FIN that comes with the benefit of an already strong career, as well as an unrestrained sense of sensuality that she can fully own. The album is the manifestation of a considerable period of introspection on her own desires and her accomplishments. Lines like: “Today I’m only human, but know that when I die/ My grave gon’ be my music, my soul is living through it baby,” stress her dedication to living life authentically and turning her experiences into art.

The 12 track album is absent of features–sparing one brief assist from Atlanta battle-rapper turned R&B artist 6LACK–and each song leaves us with something new to unravel. Whether she’s flaunting stacks encouraging strippers to shake it on “Dollar Bills,” or, praising the accomplishments of those close to her while providing a subtle warning to keep your friends close and enemies closer on, “All About Me,” she is fully in her element.