My Doorman Origin Story: Part I 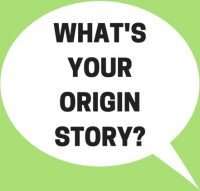 Throughout the first half of the fall ’18 semester, I have shown my readers, if any, a glimpse of my world through this column. I have enjoyed writing about my experiences as a New York City doorman, but upon reading my previous columns over I realized I missed something.

I have written about “what” being a doorman entails and the oddities one may encounter and/or face any given shift. But I have yet to write about “why” or “how” I even became a doorman in the first place.

First, we must go back a few years. Four to be exact.

The first couple of months of 2014 were not the best for yours truly and it was not because of the frigid temperatures.

By this time my life was spiraling out of control. I was a drug addict. Cocaine my crutch of choice.

This all came to a head one icy March morning.

After calling out of work for the third time that week and dropping out of school just a few weeks prior, I found myself in a place that had become all too familiar.

This crackhouse at least had heat. Most were so cold you would begin shivering as if you were going through withdrawal which was impossible considering the environment.

My then junkie girlfriend suggested I “evolve” from cocaine to something “better.”

That “better” was heroin.

I watched her prep that needle. I watched her use my belt as a tourniquet as she looked for any entry point. Her arms covered with treadmarks.

I watched her shoot up. “Your turn,” the last thing she said before she was quickly strung out on the couch.

I contemplated shooting up just long enough for the owner of this crackhouse to swipe the needle away from my hand before saying “Time is heroin, kid.”

Little did I know those would be the last words he ever uttered.

The man overdosed. In front of my eyes! I never even knew his name.

“What the fuck am I doing with my life?” I thought.

This was my “awakening” if you will.

My sister, Marjorie, got me a job at the car dealership she worked it. It did not pay much at all. 11 dollars an hour to pack parts for up to ten hours a day may not sound sexy, but I got more out of the job than just a paycheck.

The job kept me out of trouble and was also close to the church where I attended my Narcotics Anonymous meetings in the basement.

After being promoted just six months on the job, and sober for eight, I felt like my life was finally starting to turn around.

I was ready and eager to search for a better paying job, possibly one that offered benefits.

Going back to school was one of the last things on my mind.

My uncle is a property manager for a residential building in the city, close to Times Square. He along with the rest of my family had seen the strides I have taken in such a short period of time.

He took a chance with me and got me a job. Not at his building as that would be considered nepotism, but with one of his good friends that is also a property manager of a residential building.

A porter has a completely different job than that of a doorman/concierge. They are responsible for the cleanliness of the building.

Many tasks from sweeping the front sidewalk to collecting the trash and recycling on each floor, which there were 27 of them by the way. To cleaning the building’s amenities such as a gym or pool. The building had both.

Tenants grew to love me quickly as I would strike up conversation any opportunity I could and for the most part they appreciated it. No Greg’s in this building.

Never really cared about being a doorman or concierge either. “I don’t wanna wear one of those penguin suits,” I use to think to myself.

I was content clocking in putting on my work polo, pants, and boots and being left alone to clean until my name was called on the walkie issued to each of us immediately following our morning meeting.

This origin story was longer than I originally expected so I have decided to make it a two-parter. Be on the lookout for the “thrilling” conclusion to this origin tale next Monday.