How is Pokémon GO in 2019? More importantly, how is to play on campus? I roamed around the Dobbs Ferry campus to find out the answers for myself. 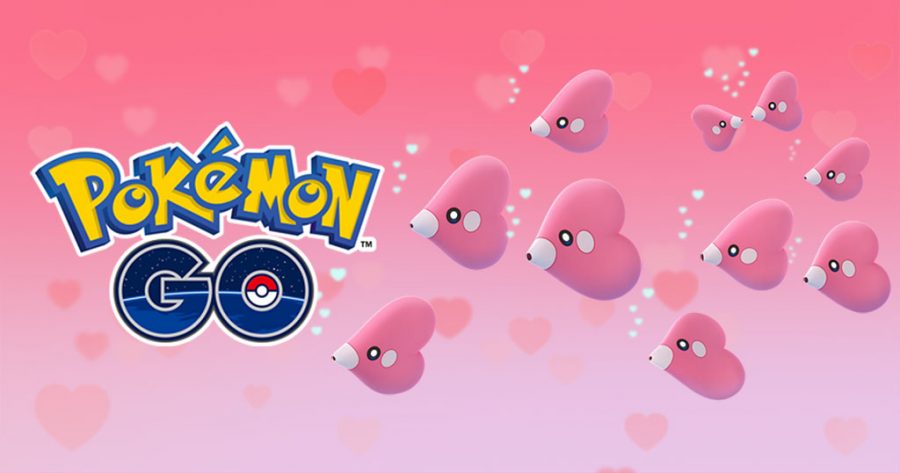 My love for Pokémon is no new surprise to anyone who has known me.

I have been playing the games and collecting the cards since I was a child. Ask my friends, family, and fellow members of The Impact and they will tell you about the countless Pokémon shirts I wear or my Pokémon themed keyboard on my MacBook.

Even my The Impact List Takeover (TILT) was about Pokémon. But now, the virtual critters have found their way into one of my columns.

Thursdays are my long day here at the Dobbs Ferry campus; I have classes from noon to nearly 5:30 PM.

But this idea had come the night prior: What if I play Pokémon GO on campus before class? So I did.

I drove to school earlier than usual on the windy, but sunny, winter day, to the great sports knowledge being dropped by ESPN Radio’s Humpty and Canty.

The plan was to start my little social experiment at Victory Hall, as most of my classes are in that building.

Thanks to Mercy’s “fantastic” parking situation, that would not be the case. I parked by the baseball field with my “coffee” in one hand and my iPhone XS Max connected to my Belkin Pocket Power portable charger on the other. 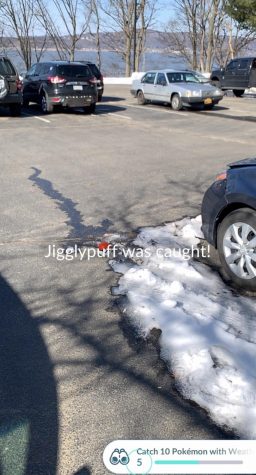 I have not played Pokémon GO seriously since the summer of 2016 when the game was a global phenomenon. The closest the world has been to world peace was during GO’s heyday, but the game evolved a lot (no pun intended) since then.

Developed and published by Niantic, you can catch Pokémon, feed them candy to evolve and get stronger, and now battle. The game seems to be the vision of what Niantic wanted Pokémon GO to be with the addition of trading, gyms, more Pokémon added, and much more, in the almost three years since the game’s release.

Upon opening my GO application for the first time in months, it bombarded me with heaps of assorted items just for logging in. After checking over my inventory that is when the first of many Pokémon spawned.

Just as the British rock group, Queen’s, lead guitarist, Brian May, began his solo to “Bohemian Rhapsody,” (I had watched the movie on the band of the same name the night before so I had been listening to them exclusively since) as a Jigglypuff appeared.

I tapped on the normal and fairy type ‘mon and walked in circles holding my phone, looking for the patch of grass the critter was hiding in; this was something I do not remember from my last time playing GO. My rust definitely showed as I took four tries before I could even hit the Jigglypuff with a Pokéball. Thankfully, it stayed in the first time after making contact.

The new pedestrian walkway that leads to the Ardsley-on-Hudson train station has been recently completed; I thought that would be a great next starting point. So I trekked over to the path.

Just before reaching the walkway an Eevee appeared, but I was too slow and the Normal-type Pokémon had fled. It was to be expected as I have not played in some time. 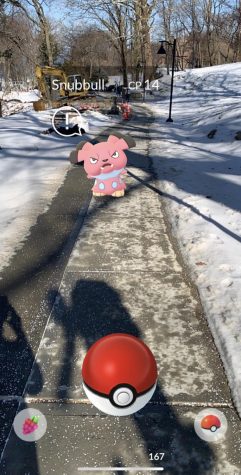 About halfway through the path, I had not encountered another mon yet, but I quickly realized my biggest mistake. Well, two. Word of advice, never wear Timberland boots when doing anything that involves walking.

Also, if you going to have your hand exposed to 30-degree weather best to have gloves or mittens on. Just before the thought of abandoning this session altogether, the Fairy-type Pokémon, Snubbul, greeted me. Snubbul was introduced in the Generation II games and when GO released only the first generation of Pokémon were available.

Today, GO has added Pokémon from up to the fourth generation. There are now seven generations, with the eight coming out later this year.

Here, it only took two throws for me to capture it.

Another reason I did this experiment on campus is that GO recently began an event running from February 5th, until March 4th, to get the shiny form of the mythical Pokémon Meltan; it is exclusive to GO and can only be transferred into the latest games Pokémon: Let’s Go, Pikachu! and Let’s Go, Eevee!

The only way to get the steel-type ‘mon to spawn is through an item called a Mystery Box. The Mystery Box only works if you transfer at least one Pokémon from GO to Let’s Go at The Go Complex in Fuchsia City in Let’s Go, which I did. The Mystery Box lasts for 30 minutes and can spawn up to 20 Meltan in that time. The box takes seven days to be usable again but during the event, the days have been decreased to three. 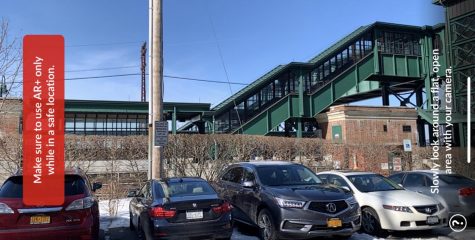 After catching the Grass-type Pokémon Hopip at the Ardsley-on-Hudson parking lot, whose final evolved form Jumpluff is my favorite Pokémon, I decided now would be a good time to open my Mystery Box and make my way back to campus.

The Mystery Box effects did not take long as just on the walk back I encountered four Meltan and caught three. I had gotten my catching groove back at this point.

My plan was to go to Main Hall, then Mercy Hall and end at Victory Hall just before class started, but the most hectic part of my hour-long catching spree was about to begin.

Nearly all the 30-minute timer on the Mystery Box was spent in the southern parking lot. Mere feet from my car as Pokémon of all shape, size, and color spawned. Sometimes four to five ‘mons would be on my screen at once.

Ironically enough, the train had just stopped at Ardsley-on-Hudson so as I spun around in circles trying to catch the virtual creatures; I was getting looks from the students and faculty alike.

What, you’ve never seen a grown ass man trying to catch a Pikachu?

I ended up catching 47 Pokémon, with 16 of those being Meltan.

It shocked me to see just how rich of an area the Dobbs Ferry campus was for Pokémon GO. Including the train station and post office, there are seven Poké stops, with two gyms.

The rate at which Pokémon spawn was rather impressive too. Every 90 seconds a new ‘mon would spawn, and that‘s not too shabby.

I enjoyed this social experiment and part two is definitely in the works. To any student or faculty that have stopped playing Go and want to play again, or if you never have played GO and want to begin, Mercy is actually a good place to play.

Just do not use this column as an excuse to play during classes.

Also, please be careful whenever playing GO. Anything that can revert your attention, especially when walking, can be dangerous.

Have fun and game on everybody!