We’re All Self Conscious, I’m Just The First To Admit It 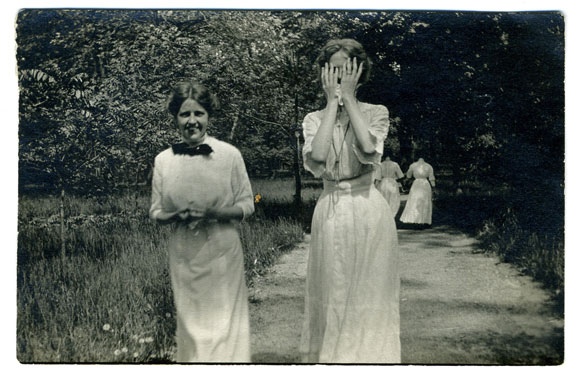 Insecurities are a funny thing, and by funny I mean little devious lice, itching at your subconscious and reminding you that you are somehow inferior.

They manifest. They multiply. They crawl deep into your ears with hopes of making you feel helpless while reminding you that, no, you can’t pull off wearing leggings as actual pants.

Uninvited, they cling to their obscurity and thrive on the fact that they may fester freely under the radar of the naked eye disguised as fear and doubt (both personal friends of mine.) That’s what makes insecurities so cruel; most often they are never brought to light and as a result, never overcome. Worse, they are amplified by those wanting to boost their own confidence.

With lustful eyes, they swarm my thoughts and feast on my constant wonder of what my hair looks like from the back. Their familiar company has surely earned them names or a parking spot on each shoulder as mine seem to make an event out of taunting in hushed giggles, “you shouldn’t have eaten that doughnut this morning.”

I’d love to excuse this exaggerated self doubt on the fact that I am a woman  and find it hard to leave the house without examining myself in the mirror five times; but I think that would be unfair to the male species as they too carry uncertainties despite the collective facade most acquire with a dress shirt and Jager bombs.

Before anyone goes writing me off as rude and bitter, which I’d only partially agree with, I’d like to throw in a touch of substantial support of this theory from a pro. Alfred Adler, a psychologist who studied under Freud (who happened to know a thing or two about the human psyche) shed a little light on my premeditated principles.

“The idealized picture of overestimated masculinity imposes both on the boy and the grown-up man the obligation of appearing superior to woman. This causes him to distrust himself, to exaggerate his demands on life and his expectations from it and increases his insecurities. On the other hand, a girl feels that she is undervalued, which in turn causes her to resign herself to own supposed inferiority.”

I’m not trying to point fingers, but it is pretty clear where Adler’s are pointed. Am I right, gentlemen?

Guys are lucky in that way, I guess. Hiding their insecurities is somewhat of an art form.  Girls carry their insecurities on their sleeve – it is in the way we walk, or rather stumble along in our heels. It is in the way that we nervously twirl our hair and use ridiculous amounts of mascara. But guys, they remain cool until third base; unless of course their pick-up lines fall short before any other part of the night is able to.

Truth be told, we all have them, and they all suck.

According to Adler, everyone is born with “feelings of inferiority.” Adler pointed out that we all carry these feelings because we are completely dependent on adults for survival from birth. Not until a first crush or recognizing the fact that you are the chubby kid in class are these harsh truths transformed from survival uncertainty to physical uncertainty.

Looking back, it seems as if insecurities are something you grow into, like a pair of pants or some lingering stage of puberty. Before the age of 10, we all live in a simplistic state of bliss. Here, it doesn’t really matter if your outfit matches, or if your hair is brushed, or who the designer of our jacket is. We didn’t care, and most likely couldn’t pronounce Oshkosh b’ gosh. Your mom was the culprit behind your third grade style any way, right?

Back then, my biggest fashion disaster was based on whether my sneakers lit up or not. If I had known growing up meant you couldn’t wear those anymore, I would’ve stayed 10. Now I can barely speak up in class without second guessing myself, or rather blurting out and  then regretting my lack of filter later.

It shouldn’t matter what we wear, but rather the person we are and whether we share our fruit snacks with the rest of the lunch table.

If I am being completely honest, that type generosity would still get anyone far in my book, all worthy friendships are based on a “snack sharing” policy anyhow.

Every now and then, I check myself. Try as I might, I catch my ego getting in the way, translating quick judgments with one squinted eye at the girl who chose to wear a half top in October. It may be that we are all a little insecure, but who would want to be the cause in inflicting self doubt in their neighbor? In reality, it is partially because I want to rock a half top too, me and every other Richard Simmons fan in America. (Sadly, the time comes to choose between the half top or the doughnut.)

Check yourself – because for every evil eye you are shooting out, there are 10 more shooting back at you.

Adler continued in theorizing that insecurities may not necessarily be a bad thing, but obstacles meant to be overcome, opportunities for growth? Adler believed feelings of inferiority can also act as a stimulus for escalation, a sort of rock bottom situation. Que, Drake song…

In a backward sort of way, insecurities may be that kick in the ass that sends you soaring towards your goals regardless of self imposed  imperfections.

However, striving for this said perfection deep within us all could pose to be harmful. Too much of anything hardly ever turns out to be a good thing. No one wants to be known as the cocky D- bag in class we all roll our eyes at.

With all due respect to Mr. Adler and his slightly dated hypothesis, which I still find moderately applicable, he didn’t exactly have to deal with the woes of social media and Gisele Bundchen shimmying her perfect Victoria’s Secret physique in his face with every flip of his magazine.

Half our insecurities are not imposed by ourselves, but by the world we live in and how they think we should look, act, and dress. Ugh, it’s exhausting.

Paul Graham, another genius mind, author, start up founder and modern philosopher pretty much slapped every hash tag in the face with his meditation on social validation in his book How to do What you Love. (#whatatonguetwister).

Prestige is like a powerful magnet that warps even your beliefs about what you enjoy. It causes you to work not on what you like, but what you’d like to like. Prestige is just fossilized inspiration. If you do anything well enough, you’ll make it prestigious. Plenty of things we now consider prestigious were anything but at first.”

I know. Right about now you are thinking, “well, which one? Make up your mind already. You are sending some mixed messages here.”

But I think both Adler and Graham carry astounding opinions. Adler holds the key as to why we have insecurities, whereas Graham holds the answers of how to jumping past them.

Maybe our first problem is that we try to fix things about ourselves rather than work on them.  Let’s remember Rome wasn’t built in a day, people.

So you go ahead and rock your legging pants and have a second doughnut. Hell, go for the one with the sprinkles that’s jelly filled.  Let’s just choose to do so without a half top perhaps, hmm?